Ishan Khatter speaks to Manju Ramanan on straddling two worlds – on playing Mann from ‘A Suitable Boy’, in the six-part web series directed by Mira Nair that releases on Netflix and working simultaneously in a mainstream Bollywood film Khali Peeli.

You walk two worlds – the mainstream Bollywood and the international film space with great ease?

I have been blessed with the opportunities I have got. I couldn’t have curated a Majid Majidi film, “Beyond the Clouds,” or a ‘Dhadak’. These films came to me and I immersed myself into them. My mother (actor and dancer Neelima Azim) told me that if Majidi believes in you, don’t override your judgement of yourself but surrender to it. I love what I do and want to do it well. That is why I seek out things that are wildly different to each other – it puts me in an uncomfortable spot and I believe that the best growth happens there. I love to keep doing work varied from each other and share it with my audiences. After a hiatus, I was shooting for two projects back to back. A ‘Suitable Boy’ that is based on Vikram Seth’s award winning novel that is shot as a six part web series for BBC and on Netflix and Khaali Peeli. 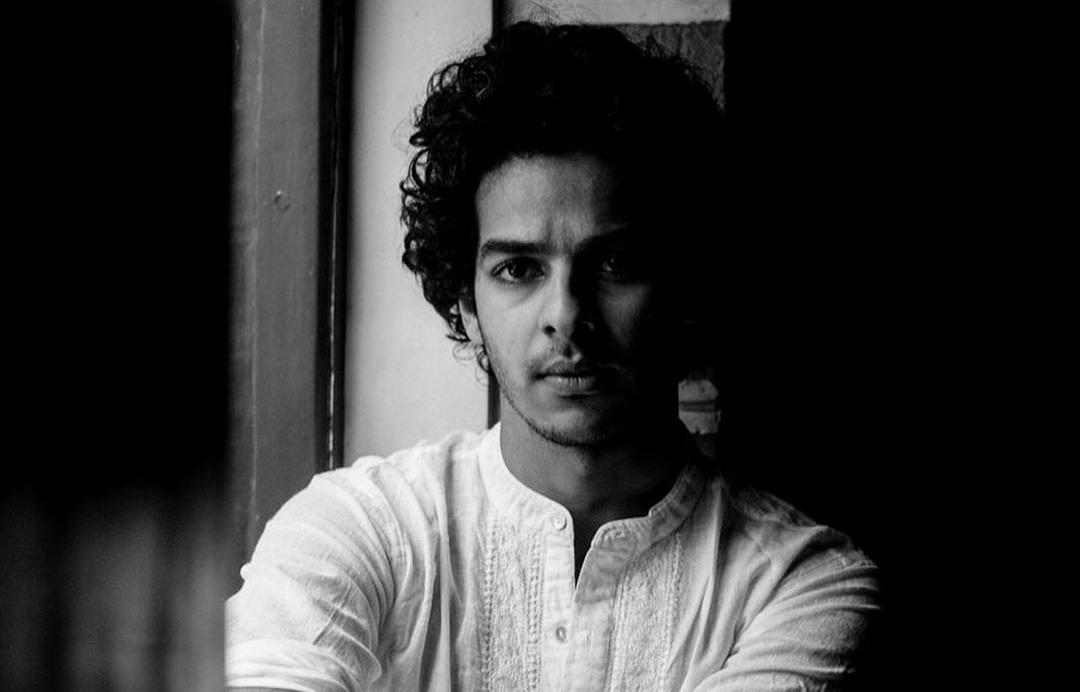 You romanced Tabu in ‘A Suitable Boy’. How inspired were you, of one of the finest actors of Indian cinema?

I have been a fan of Tabu who I feel has the quality that can seamlessly blend into any universe she inhabits. She’s got that unique quality. She has such a strong internal world that she is not dependent on external stimulus to function as an actor and that is a quality some great artistes have. She is an ideal actor to work with and for me, I found it liberating to work with her. There wasn’t much talking. She just gets it and works with that synergy and I enjoy that very much. Never for a moment was it daunting or uncomfortable during intimate scenes. Because it was Tabu, it made it all easier. Out of the 60 days of shoot, 10 days my scenes were with Tabu and they were the smoothest days of work. The scenes were so beautifully written. I have the fondest memories. 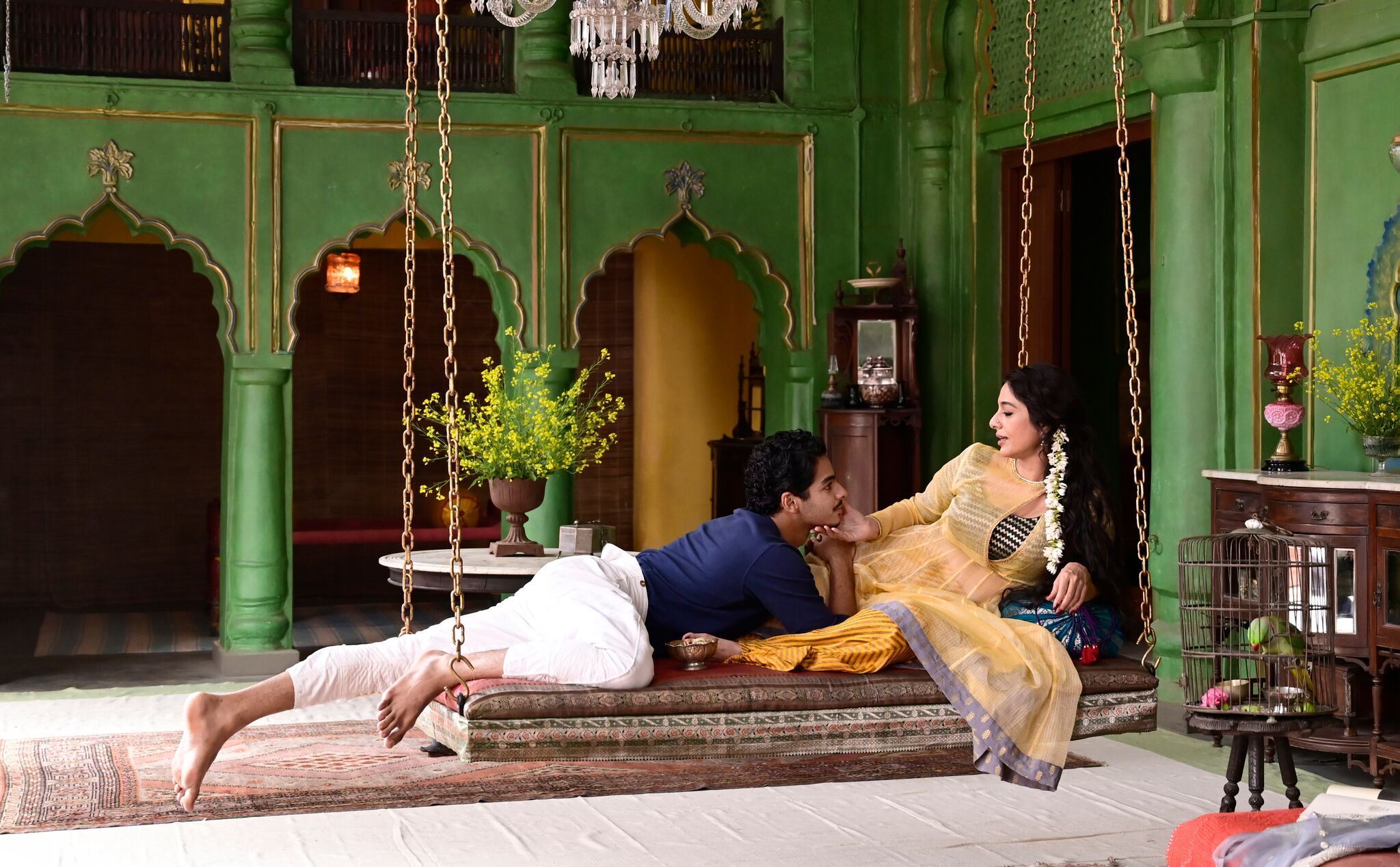 What do you like about your character Maan from ‘A Suitable Boy’?

The film ‘A Suitable Boy,’ is set in 1951, post independent India and I play the son of a minister who is fighting for the rights of the original landowners of the village. My character Maan is a non-conformist, wayward, unpredictable, follows his own rhythm and tends to do things that worry his father a lot. Maan in is smitten by the courtesan Saeeda Bai, played by Tabu, who is older to him in age. His love for her, makes it highly unacceptable for his dad. I found Maan endowed with empathy and sensitivity rather than plain brash naivete. 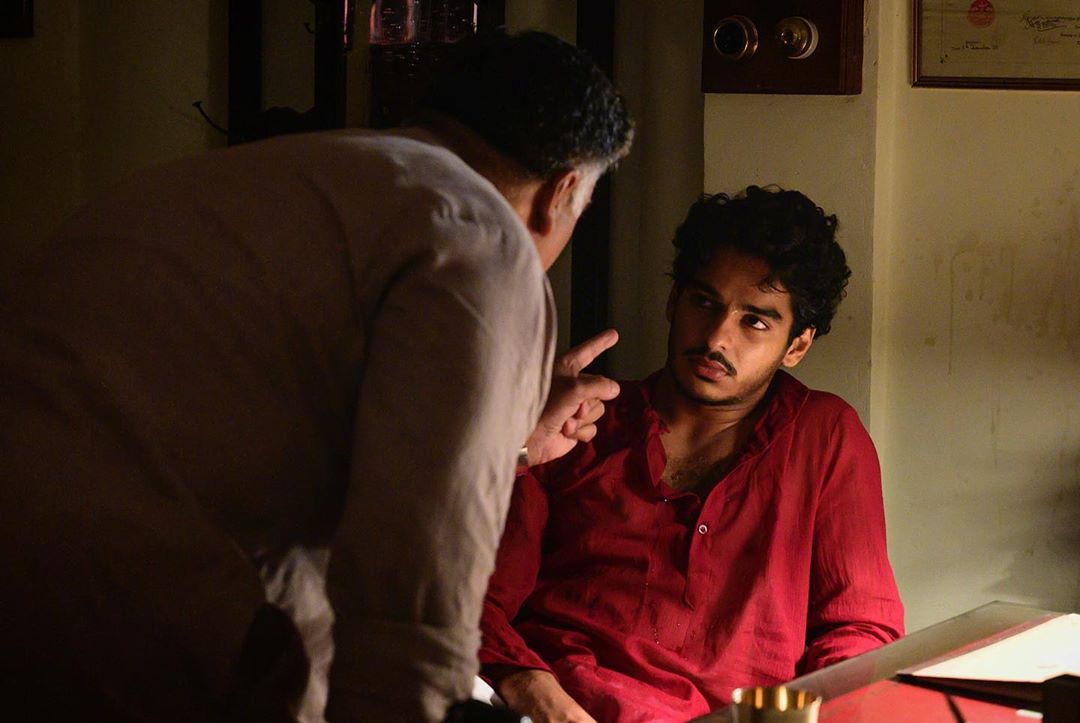 Mira Nair is known to be extremely meticulous in her work. What was your experience?

Mira di is extremely involved with her work and she expects the same kind of involvement from everyone. Yes, she is like a headmistress with 110 odd students to micro-manage. There were two units shooting simultaneously and a lot of work was getting done in a short span of time. It is a huge undertaking to distil a novel, that is a fine piece of literature and a portrait of our country – to six hours of screen time. Mira di assumed that responsibility and while she gives you the opportunity, she also lets you bring something of yourself to your role. She doesn’t shackle and tie you down but is a task- master who doesn’t hold back. She is quite brutal and if she feels an actor doesn’t bring things to the screen, she is vocal about it. She is fiery and feisty and that has been quite an enriching experience. I learnt so much from my fabulous co-stars that included Vijay Varma, Vijay Raaz sir, Geeta Agarwal, Rasika Dugal and Namit Das. 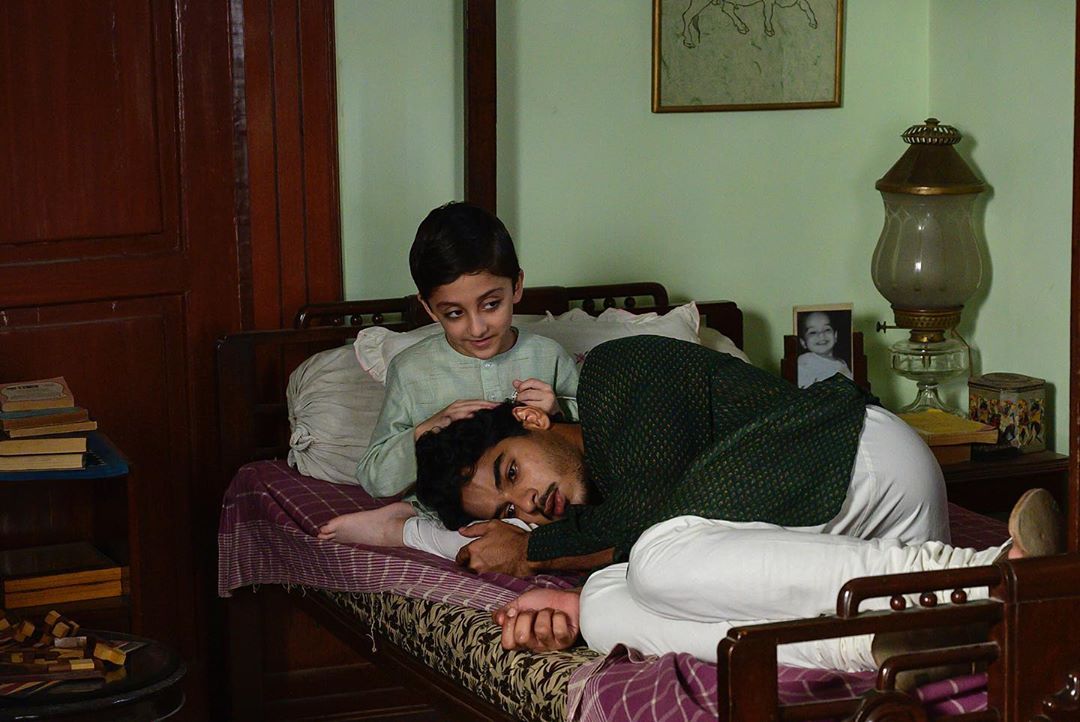 After your runaway hit Dhadak in 2018, you chose to take it slow? Why?

To be honest, the choice wasn’t to do lesser films but it took time for me to find the kind of work that excited me. I wasn’t being too controlling or trying to curate my career but after Beyond the Clouds and Dhadak, I was in a position to choose my films. I felt I would set a certain momentum and take it forward and do work that excites me and gives me an opportunity to grow as an actor. I auditioned for ‘A Suitable Boy‘ before ‘Beyond the Clouds’ and it was a long process for Meera di. I thought I would do something else in between but destiny had it all worked out. After a long break, I shot ‘Khali Peeli’ and ‘A Suitable Boy’ back to back. I would shoot one schedule for Khaali Peeli, take two days to change over into Maan from them and then back to Khali Peeli. After a long, dry spell it was 6 months of back to back shooting for me. A period drama and a caper set in Mumbai, two completely different worlds. 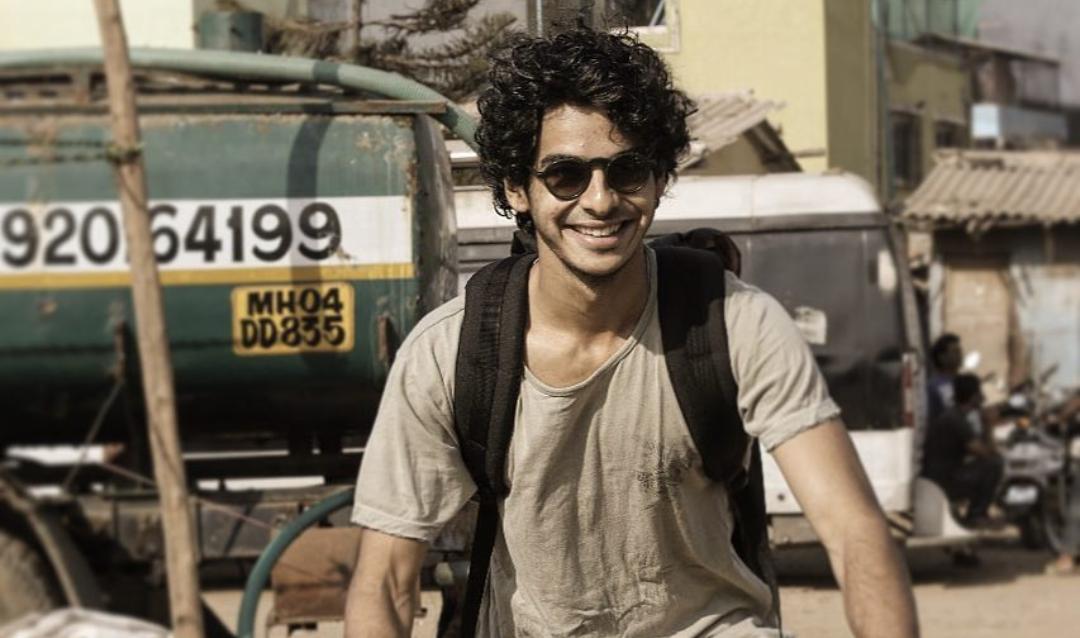 A Suitable Boy’s tagline is ‘Love will push you beyond the boundaries’? How do you see it?

Love is a driving force that takes over and defines the course of your life, if you surrender to it. It is no different for Maan in this story. I think love pushes you beyond your comfort zones and forces you gently, to put someone before yourself. For sure, the line holds true and it could be interpreted in many ways. 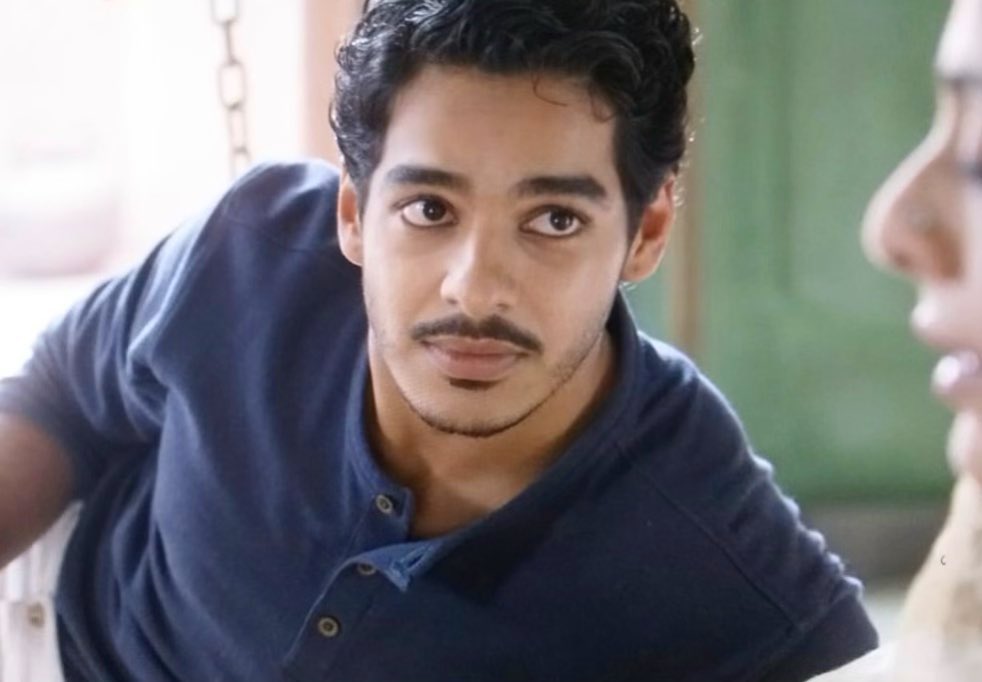 Where all did you film and what are the memories associated?

We shot in Lucknow and its outskirts and in Maheshwar –at a peaceful, scenic location where a lot of films haven’t been shot. For the British and international audiences, it is an exotic location. In Lucknow, we shot in these two old houses from the 1950s, which are almost unchanged from the time they were built. We also shot in rural areas of Lucknow, where the locals don’t have cell phones yet. It worked well for us since it is a period project. 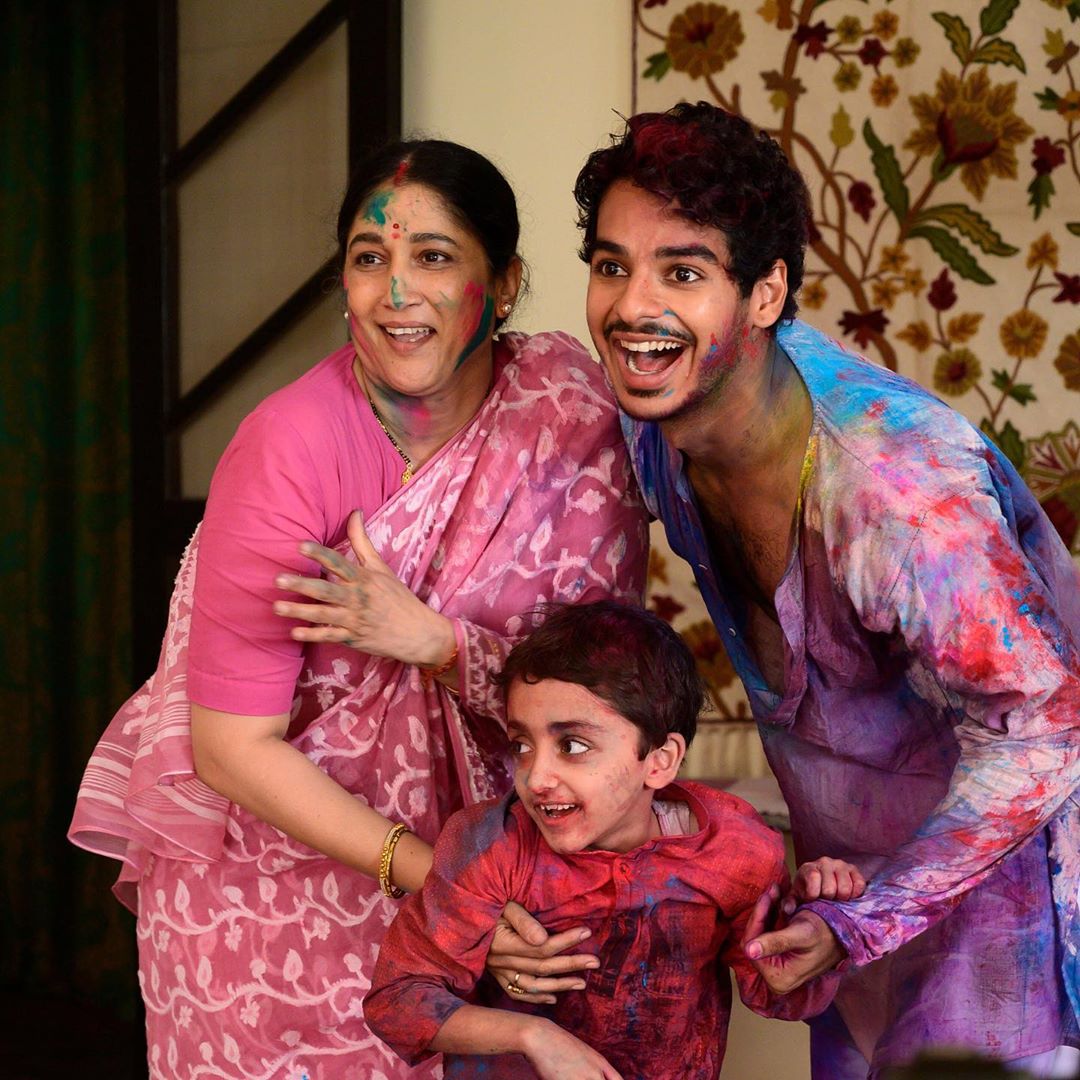 It is all in the stars!