Athlete, skater, dancer, actor and performer, Indiana Mehta who played a small role in Ae Dil Hai Mushkil, has made her Hollywood debut with Sabrina Carpeter.  Manju Ramanan speaks to her:

Did you always want to be an actress?

I never really thought of becoming a full-fledged actress. I always aspired to be performing in live performances be it musicals or theatre ! Wanting to be an actress is a fairly new aspiration and now that I’ve experienced being on set for 2 months, going lights camera action. I want to continue to pursue it and continue training in the art form.

You have been dancing journey from the age of 3 ?

I have loved dancing since the age of 3. I started with Bharatnatyam as that’s what most girls back in the days did. As I grew up to realize that I enjoy athletics and skating, I gave dancing a miss and started training rigorously in both athletics and skating. Aspiring to someday represent India in the Olympics. When I watched Catherine Zeta Jones in All That Jazz song from the movie Chicago it gave me a whole new perspective towards dance and possibilities. I started taking classes in ‘Western Dance’ and Bollywood, danced with the college team of Narsee Monjee College of Commerce and Economics. Coincidentally, I met Yana Lewis, ballet dancer and teacher from the UK and talked to her about jazz and contemporary dance and other western forms of dance that I wasn’t aware of back in 2006. That’s how I slowly transitioned from Bharatnatyam to ballet to jazz to now being a versatile performer. 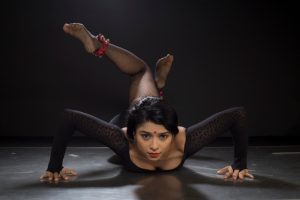 How did you land a role in ADHM?

It is a funny story. I was in my 3rd year of dance training at Laine Theatre Arts, and my agent sent me to audition for a small role in a Bollywood film. I was excited not only because it was for a Bollywood film but also because it was my first ever audition for film and TV. I went in the audition room with no expectations. There was a camera and two British women from casting. I started to teach a dance class although I went a little overboard  – “Areeyy aunty idhar bhi thumka, uncle thoda aur kamar hilao, arey naagin dance shuru ho jao“. I could see the two women cracking up even though they didn’t speak a word of Hindi. A few days later I got a call from Dharma productions to say how much they’d loved my audition tape and soon they’ll reach out with shooting details.

Tell me about the Lion King break?

LION KING ! I watched the show on the West End in 2013, and from the start till the end of the show I was hooked to it’s magnificent set design, technically demanding choreography, costumes, and singing… everything.. I fell in love and all I was striving for was to be in it ! I remember auditioning for a London cast atleast three times and thrice in Germany. Each time, I got closer and closer to bagging the contract. One time in Germany I even got measured and fitted for a role ! Unfortunately, I did not end up with a contract. At that moment I was heartbroken ! I had all possible negative thoughts. Then a few months later auditions for work, it came around. ‘IF I SIGNED MY 1 YEAR LION KING CONTRACT I WOULDN’T HAVE AUDITIONED FOR WORK ” 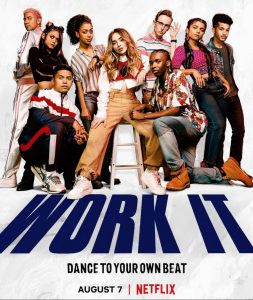 Were you in awe of Sabrina Carpenter?

Sabrina is a beautiful, soulful human being. I clearly remember our first day of rehearsal, Sabrina was just entering the studio and I was right behind her. At the time I didn’t know that she was Sabrina Carpenter (Guess the generation gap) laughs. She stopped, turned around and introduced herself and gave me a hug. I was in shock ! So grounded and down to earth ! Rehearsal process was extremely fun and so was the filming. We hung out as a cast, went to cafes, Toronto pride parade, raptors final game, karaoke nights and more. Besides her being an extremely fun and supportive co worker, I learnt a lot from her when it comes to acting, timing and professionalism on set. How she got into her character, how she improvised, how in the moment she and other cast members. It was an honour to work with Sabirna, Liza, Jordan Fisher, Keiynan Lonsdale and others.

How do you look back and what are your future projects?

Looking back it doesn’t feel like it’s taken 11 years of sheer hard work and perseverance to get here. It feels like it all started yesterday. I’ve always dreamt of representing India on an international level. Today achieving that first step towards it gives me the true patriotic feeling. At the moment due to lockdown some of my projects are on hold. I am reading some scripts and working with my agent in Canada on some auditions. But I am taking this time to take acting classes and work on my voice.

Hrithik Roshan to do a ‘fun' film!

Swiss film, “And Tomorrow We will be Dead,” promises an entertaining fare

Isha Talwar to feature in Roz Roz , a collaboration between Shilpa Rao and The Yellow Diary