The hit musical duo have reunited for this romantic number

The musical duo of Tulsi Kumar and Darshan Raval – who have earlier given massive hits like Is Qadar and Tere Naal – are back together with a pacey romantic number, Tera Naam. Presented by Bhushan Kumar’s T-Series, this romantic track has been composed and written by Manan Bhardwaj. The song is sprinkled with folk flavour and was shot on a massive scale at Laxmi Nivas Palace in Bikaner, which looks straight out of a fairytale.

Directed by Navjit Buttar, the music video takes the viewers through the feeling of a wedding celebration of sorts. 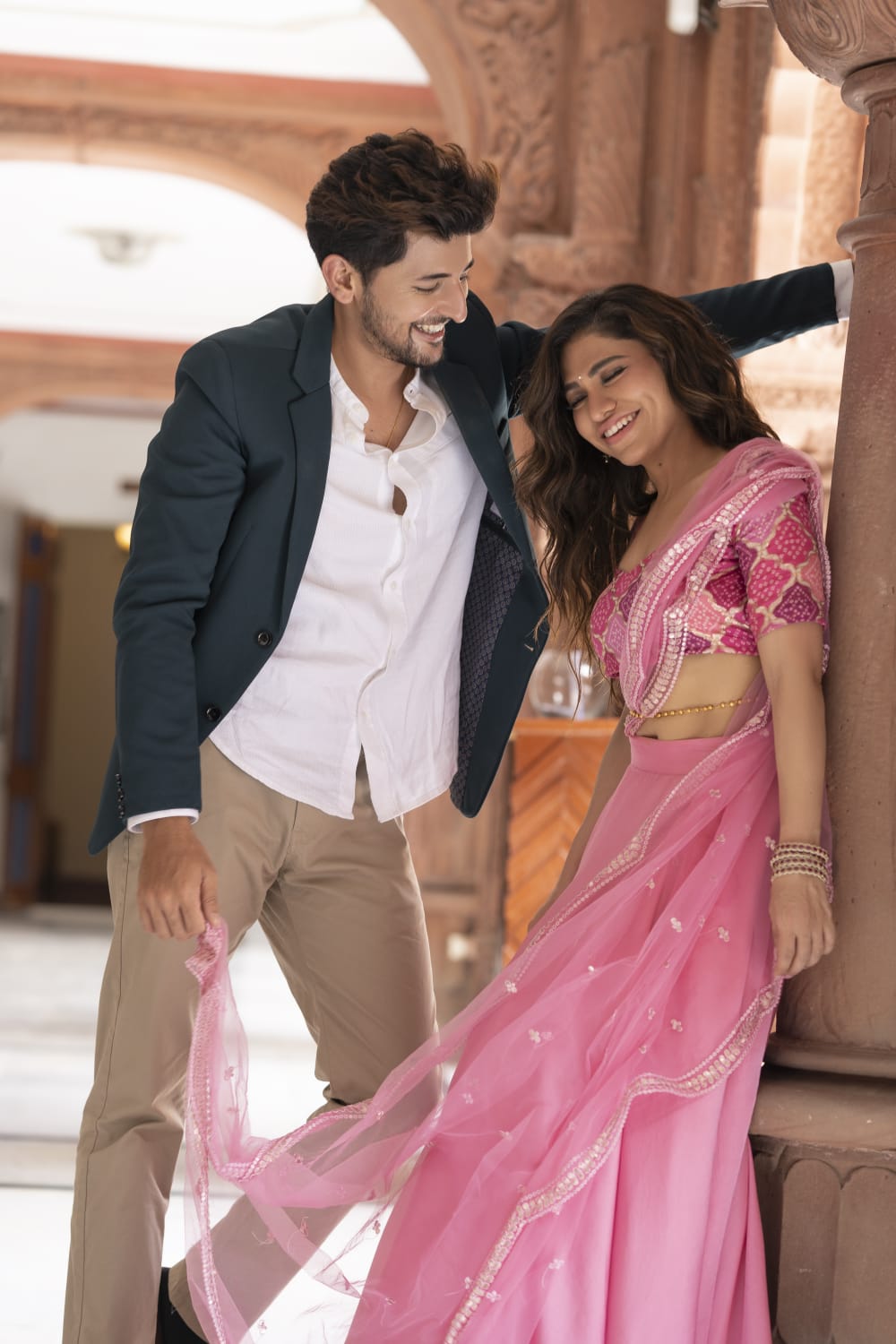 Talking about the song Tulsi Kumar says, “Tera Naam is unlike any song you’ve heard before. It’s a unique genre and the song has a strong melody. I have to mention Manan who has given v innovative n fresh lyrics and music. We shot at some amazing locations and I truly felt the royal vibes during the three-day shoot. After Tere Naal, Is Qadar and now Tera Naam my equation with Darshan as friends has grown… there is a great exchange of energy and positivity so it never feels like work.”

Check out the song right here:

Adds Darshan Raval, “I think audiences like my pairing with Tulsi Kumar and our voices gel really well together. This is our third collaboration and everything about the song from the composition to the way it’s been shot is incredible. I hope audiences enjoy it.”

Says Bhushan Kumar, “Tulsi and Darshan have great musical synergy and in the past have given us some amazing songs together. Tera Naam is beautifully shot and is a shaadi song that will make you feel like you are part of a grand wedding.”

Rajkummar Rao - Kriti Sanon teaming up again for THIS!

0
Aakanksha Naval-Shetye October 5, 2021
No Comments Yet