Features, Web Series
February 3, 2021
by Manju Ramanan
0
Inspired by real-life instances, the world of web has been delivering exceptional stories which often leads the audience to relive their past experiences. One of the platforms who has created a space in the hearts of the audience is Arunabh Kumar founded The Viral Fever, also known as TVF. Over the years, they have made web-series that are relatable to every generation.  And now, they are all set to release the sequel of their much-awaited web-series, College Romance, which was created by TVF’s Delhi Based Brand- Timeliners.
Starring Manjot Singh, Apoorva Arora, Keshav Sadhna, Gagan Arora and Shreya Mehta in lead roles, the story showcases the journey of Trippy, Naira, Karan, Bagga and Deepika’s college experiences. Having impressed the audience since 2018, with a whooping 150MN Views in 1st season, the Apoorva Singh Karki directorial is all set to fill our screens with drama, romance and nostalgia in its 2nd coming on SonyLiv.
Talking about it, Arunabh Kumar shares, “College Romance captures the true essence of the college experiences in campuses like Delhi University which we all cherish in life. Since we believe in creating stories that are relatable, the idea to bring back these characters whose essence we will find in almost every friend group was harbouring in our minds. We had to make sure that it stood true to the expectations of the audience after the success of the first season. The entire team led by Apoorva, has worked hard for the project and the positive reviews have made us happy.” 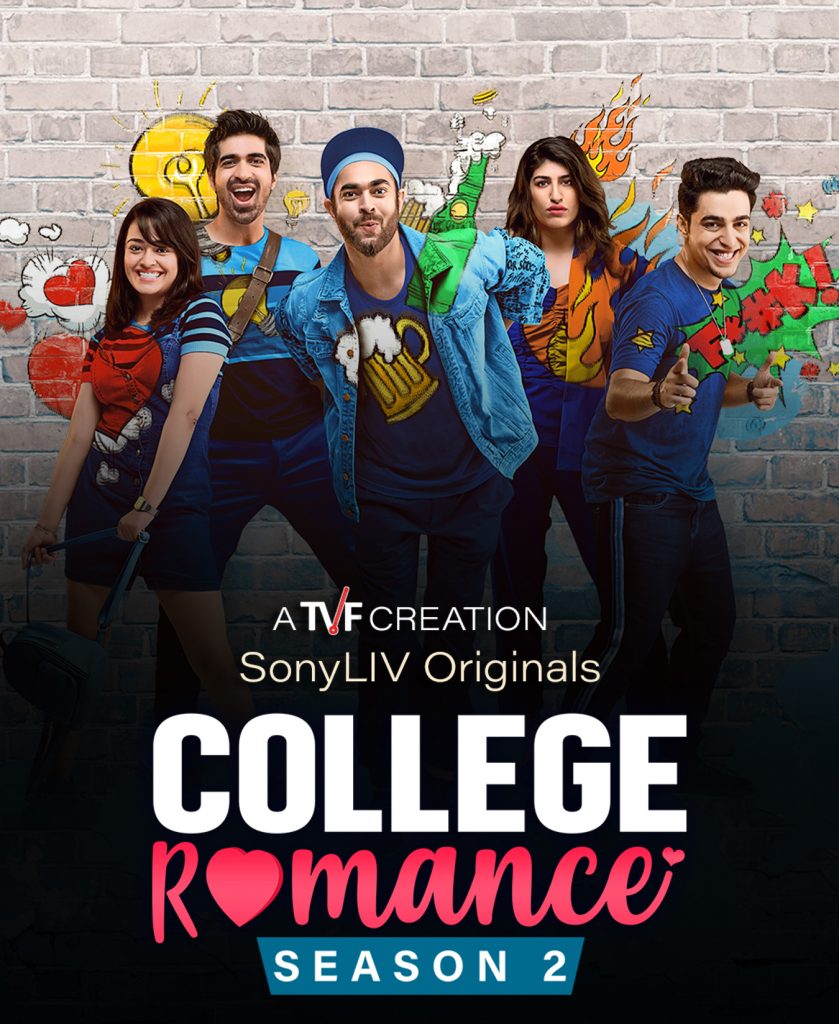 Manjot Singh, who will be seen reprising his role of Trippy, shared what can be expected of the sequel. He says, “Just like season one, Karan, Naira and Trippy will be seen going through rough patches, but no matter what they will always have each other’s backs. Not even their love interests can invade the bond the trio share. We had a great time re-connecting with each other, which made our shooting experience for College Romance 2 even more memorable. The audience had showered us with their love and affection. Its always a delight to work with TVF who are the makers of the best web shows in India like Panchayat & Gullak. Nobody tells a story like they do.” The reviews of College Romance has gathered so many appreciations that most of the reviewers has mentioned that after watching this series you may go back to your old college buddies and have a hearty laugh on silly jokes which will give you the nostalgic feelings of college days.
Helmed by Apoorva Singh Karki, College Romance Season 2 will premiere on SonyLIV and TVF Play from January 29th, 2021.
Previous Article

Tuesdays and Fridays Trailer : Jhataleka Malhotra is impressive in her debut outing