Kids are little bundles of joy! Their laughter and little hugs are the perfect antidotes to any stress. And who wouldn’t want a double dose of this happiness? Well, many celebrities from television and films have been blessed doubly as proud parents of twins. Let’s have a look at some of the ‘twin’sel town babies: 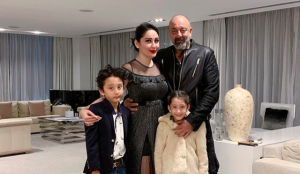 Sanjay Dutt and his wife Maanayata are proud parents of twins – Shahraan and Iqra and the Dutt world revolve around them. 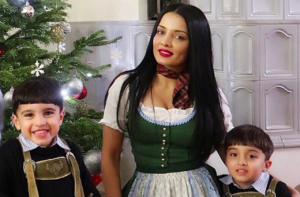 Celina Jaitly married Peter Haag in 2011 and gave birth to adorable twin boys in 2012. The kids – Winston and Viraaj – are a perfect blend of the East and the West! 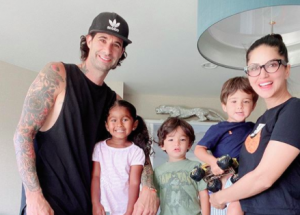 Sunny Leone with husband Daniel Weber became parents to twins – Asher Singh Weber and Noah Singh Weber – via surrogacy in 2018. Asher and Noah have a sister named Nisha Kaur Weber, who Sunny and Daniel adopted in 2017.

Shatrughan Sinha and Poonam had twins – Luv and Kush – before Sonakshi Sinha. Like their father, they too have been named after characters from Ramayan. 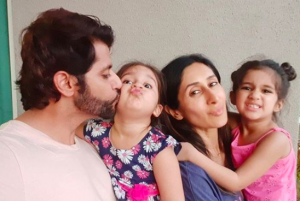 Karanvir Bohra and Teejay Sidhu gave birth to fraternal twins – Bella and Vienna in 2016 and the couple have been overjoyed since. Bella and Vienna also have an Instagram page to their name. 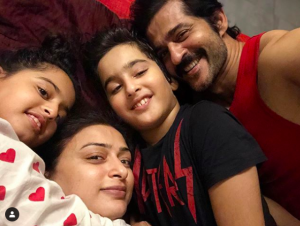 Hiten Tejwani and Gauri Pradhan became parents of Katya and Neevan in 2009. Hiten and Gauri don’t miss an opportunity to spend time with their twin kids. 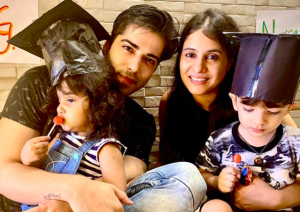 Kinshuk and Divya experienced the ‘most beautiful feeling’ with the birth of twins – Ssahir and Saishaa in 2011. 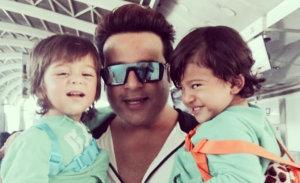 Krushna Abhishek and Kashmira Shah’s dream to be parents was fulfilled with the birth of twin boys – Raayan and Krishaang in 2017.

B-Towners paint their way through Lockdown