Urvashi Rautela has crossed 35 million followers on Instagram and she announced it on her Instagram handle in a rather unique way. The stunning Sanam Re actress who has starred in several hit dance numbers was also seen in several music videos including Love Dose, and her most recent Ek Ladki Bheegi Bhaagi Si. 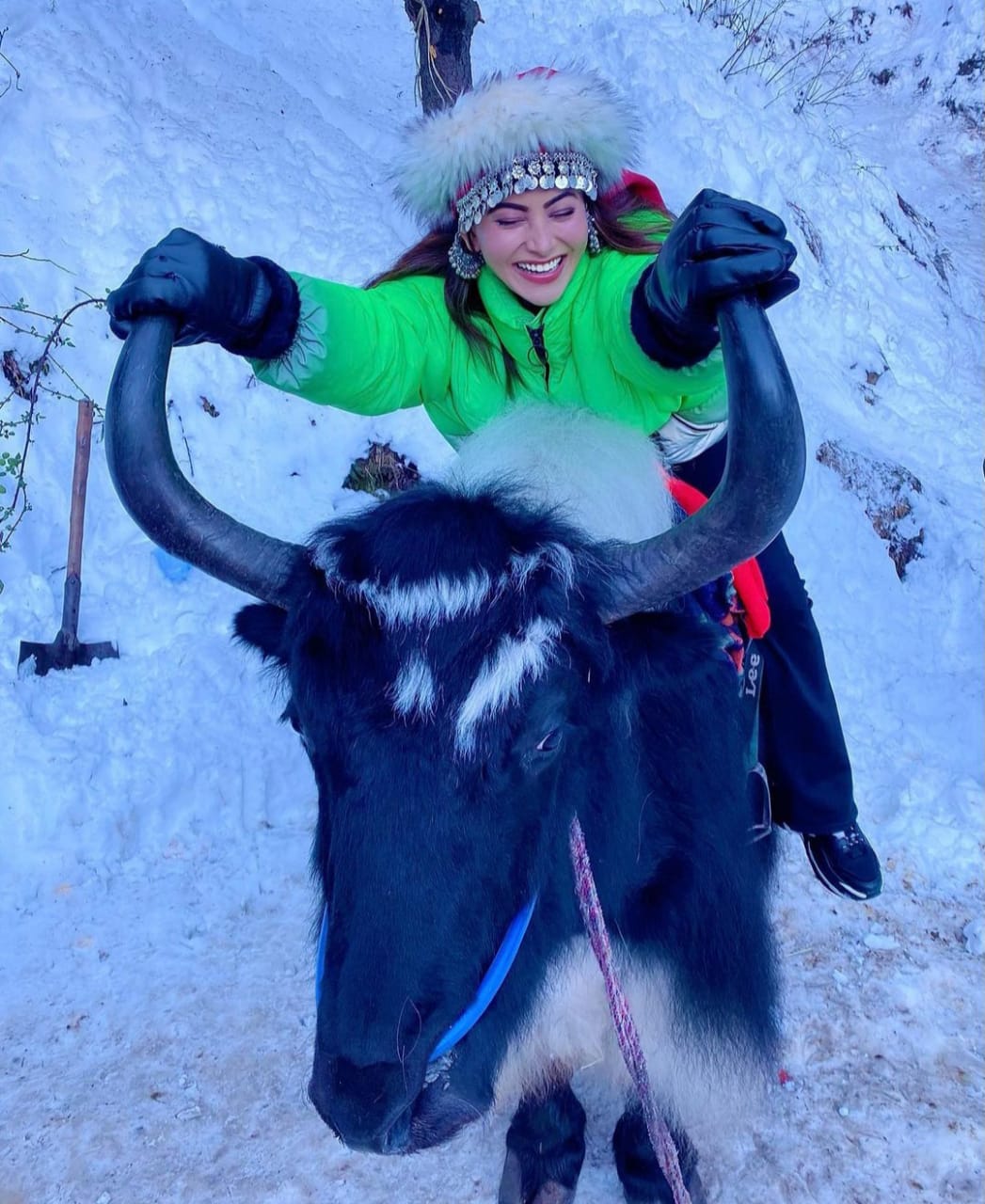 Celebrating the joy of 35 million family, Urvashi shared her picture on a Yak with the caption: “THANK YOU FAM FOR #35MILLIONLOVE ON @instagram CELEBRATIONS 🎉🍾 🎊 . MY ULTIMATE FAVOURITE POSE ON YAK (living plush toy 🧸). I promise you guys have changed my life, I’m so blessed ♥️♥️♥️♥️ @teamurvashirautelaofficial WHAT’S YOUR FAV POSE ON YAK 😂🤣😂🤣 ❓❓❓”

Meanwhile Urvashi has shot her first debut international music album titled ‘Versace’ with the Egyptian actor Mohammed Ramadan. The actress will also be seen in the upcoming movie The Black Rose and the Bollywood remake of Tamil super hit, Thiruttu Payale 2. Urvashi is also starring in the web-series Inspector Avinash. Urvashi Rauatela will also be romancing Guru Randhawa in the upcoming music video ‘Mar Jayenge’.

The First Ever Vegan Bacon at Marks & Spencer. Plant Kitchen BBQ has more...