As we await  Telugu superstar Vijay Deverakonda’s forthcoming film Fighter  with Ananya Panday in the female lead and directed by Puri Jagannadh (who has also jointly produced the film along with Charmme Kaur, Karan Johar and Apoorva Mehta). We spoke to Vijay’s brother Anand Deverekonda ( who recently made his web debut with Middle Class Melodies on Amazon Prime).  Here’s what Anand shared about Vijay! 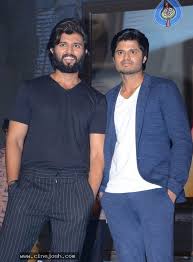 Who is the bigger bully between you and Vijay?
Vijay has been the bully but I am the pampered one being the younger brother.
What is your favourite Vijay Deverekonda film?
It will always be Arjun Reddy!
Vijay’s most annoying habit
He will zone out mid conversation!

A. R. Rahman is the ambassador for BAFTA Breakthrough India 2020-21