Makers of Wild Dog starring Nagarjuna organized a unique Wild Dog Base Camp Event as its pre-release celebrations in Hyderabad. The event saw Nagarjuna introduce every member of his team directly, followed by an introduction video of each of them. Written and directed by Ahishor Solomon, the film has been produced by Niranjan Reddy and Anvesh Reddy and also stars Bollywood actresses Dia Mirza and Saiyami Kher alongside Nagarjuna. Wild Dog is gearing up for release on April 2. 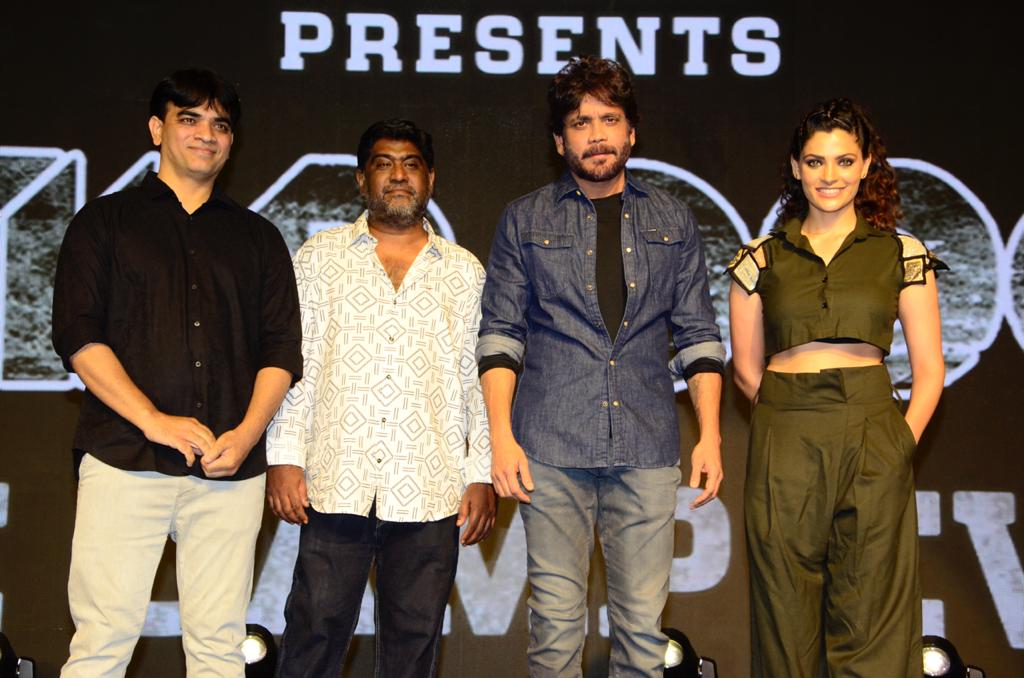 Talking at the event, Nagarjuna said, “When Solomon first narrated me this story, ACP Vijay Varma impressed me as a good human being, a good husband, good father, and a good team leader who does everything for his country. Even if he kills someone, there is a reason. Even in real life, I like to be fearless like Vijay Varma. I always crave for novelty. I have been experimenting all my life bringing in new energy. I am fit and young because of working with young teams like Wild Dog.”

The South megastar added, “Wild Dog is one of the strongest characters in the films I did so far. The real Wild Dog is producer Niranjan Reddy who has been working with different subjects all the time. Solomon is clear with his vision. He gets right technicians like Shyam Kaushal, Shaneil Deo who are extremely talented. I was choked when I removed mask to face the camera in Manali after the lockdown. A small virus brought the entire world down. Always respect your work. Just love your work and do it, you will be successful. We did the same with Wild Dog. Thaman has taken the movie to next level with the film’s RR. We did 70 per cent for Wild Dog and he took it to 100 per cent. It is not an experiment and is an out and out commercial.”