Zareen Khan has a reason to celebrate. The actress has been awarded the Nelson Mandela Nobel Peace award and an Honorary Doctorate from the American University Of Global Peace thereby making her Dr Zareen Khan! 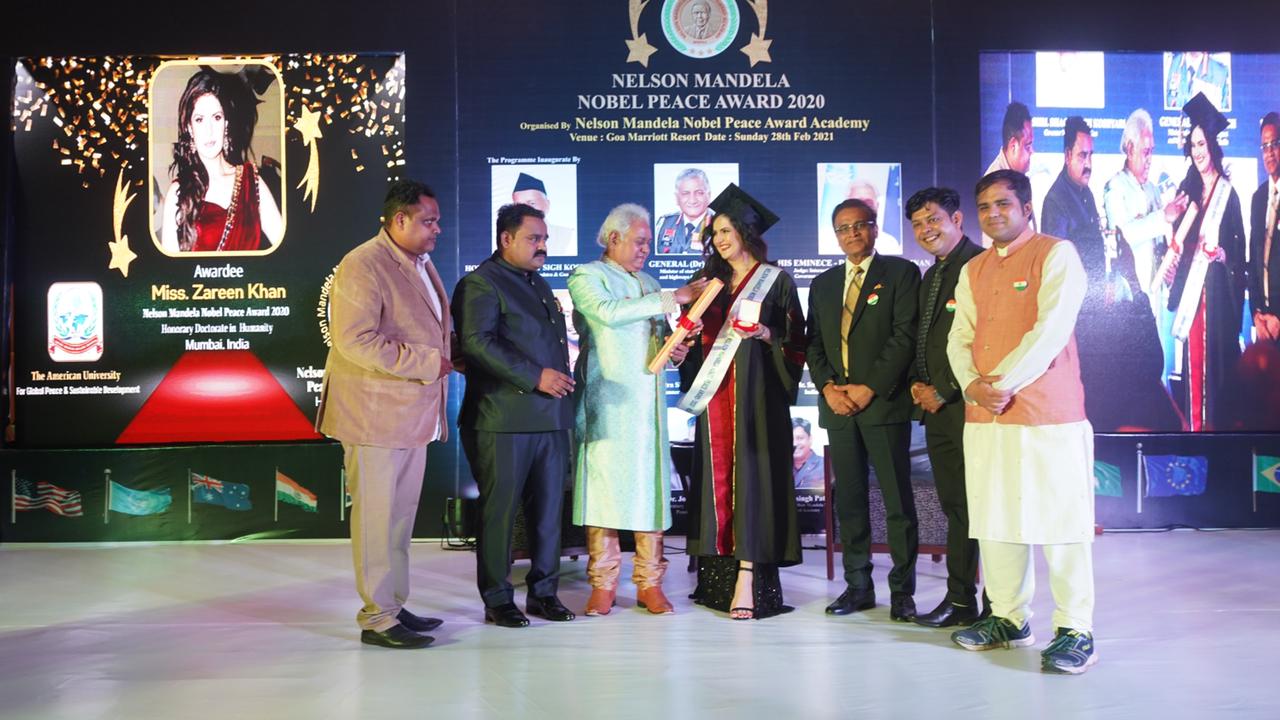 The Chief Minister of Goa, Pramod Sawant congratulated Zareen for receiving the honour. Besides, Zareen the other Guests Of Honour included dignitaries from the Indian army, as well as notable personalities like acclaimed director VA Shrikumar, ace tennis champ Leander Paes and Sangram Singh in attendance.

Alia Bhatt posts a picture with her Brahmastra boys. Click here to see it!

0
Aakanksha Naval-Shetye March 4, 2021
No Comments Yet