The man with the golden voice, Kumar Sanu has ruled the 90s charts with his melodious romantic numbers that are forever immortalized in Bollywood’s cinematic history. His love ballads are still unmatched and continue to hit an emotional chord with listeners. Aakanksha Naval-Shetye caught up with Kumar Sanu and in an exclusive interview, the acclaimed singer and five-time Filmfare Award winner talked about all things music

Which of your romantic songs are your most favourite ones?
My favourites… there are many. Like Mera Dil Bhi Kitna… with Alka (Yagnik) is one of my all-time favourites. And my personal is Jab Koi Baat Bigad Jaaye and Do Dil Mil Rahe Hain. So all the good romantic songs, I have truly enjoyed singing and I love them all. 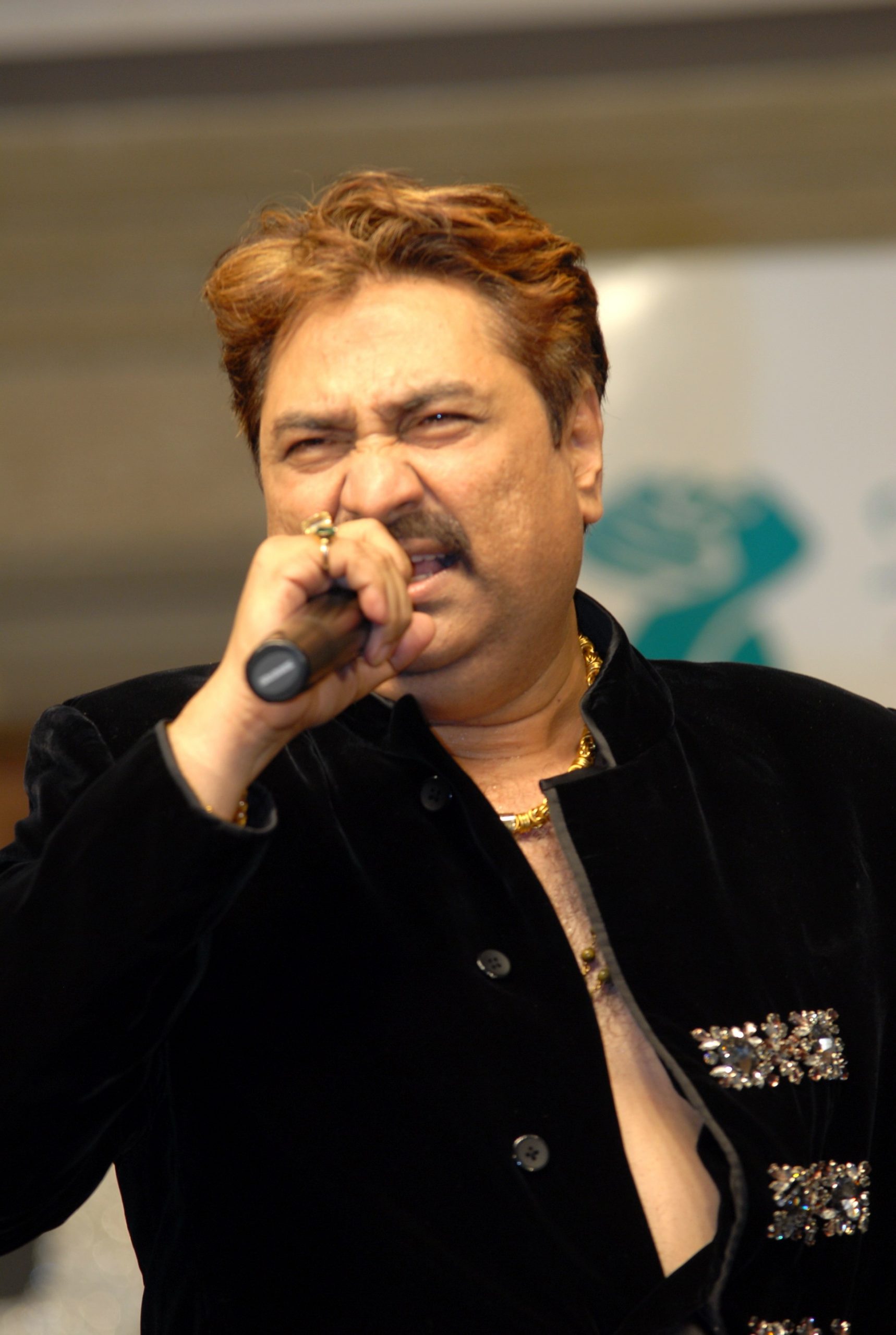 As a singer, what’s most exciting… singing LIVE or playback?
Of course LIVE singing. See, after the playback, we have to wait for months for the song to release and watch it become a hit or see how it fares. But with a LIVE audience, the response is instant. I definitely like LIVE singing more.

Which actor do you think your voice was best suited to and who did you enjoy singing for the most?
Yeh toh jhagda karwaega (Laughs). No, it’s hard to name one. See, I have sung for a lot of heroes, almost all of them and the voice has suited all. No one can say that my voice did not suit any hero as such, so it would be unfair to name any one. But a lot of my super-hit songs have been with Shah Rukh (Khan), his expressions are really good. Rishi Kapoor, I feel always justified my songs on screen, and there are others too… Salman Khan, Aamir Khan, and Akshay Kumar, so there are a lot of heroes and all of them have expressed and emoted beautifully. So that’s never been a factor for me. When we record a song, we make ourselves the hero and sing it with full emotions. So, hero toh hum hee hain, hum jaisa gaaenge, unko waisa hee expression dena padega hai na? (Laughs).

What’s your take on your songs being remixed?
Yes, a lot of my songs are being remixed, several of which I’m singing too, while some songs are being sung by others. So remix is not a bad trend at all. I just feel that the lyrics and composition should not be changed, though the arrangement can be worked around with. You can add to it, but don’t take away anything from the original, let that original flavour stay. If the remix is being sung by the original singer, it doubles the charm for sure. Today after 20 years I sang Main Toh Raste Se Jaa Raha Tha again! Now to sing that again for Varun Dhawan is fun and to see that it’s just as well-received as it was the first time around, is certainly exciting.

So, who do you think does justice to your voice when it comes to remixes?
Justice! That I think only the public can do, as they can accept it or reject it. But I feel Arijit Singh, he’s a versatile singer and I think he can do justice to my songs and voice. I like his songs.

What are the changes you see in the music industry over the decades?
Oh lots. Much has changed over the years. Earlier the singer was given the priority, now the priority is music. Earlier the kind of respect that a singer commanded, the kind of music that made the film a hit is not being created as much. So, it’s not like there’re not good songs, of course there are. But less in quantity. Back in the 90’s the ratio of good songs was much higher. Today it all largely depends on the music composer than the singer. It all depends on the companies, the director, the producer and even the actors. So the interference should reduce for music to be made priority again. Also there’s a lot of noise being created in the name of new sounds! 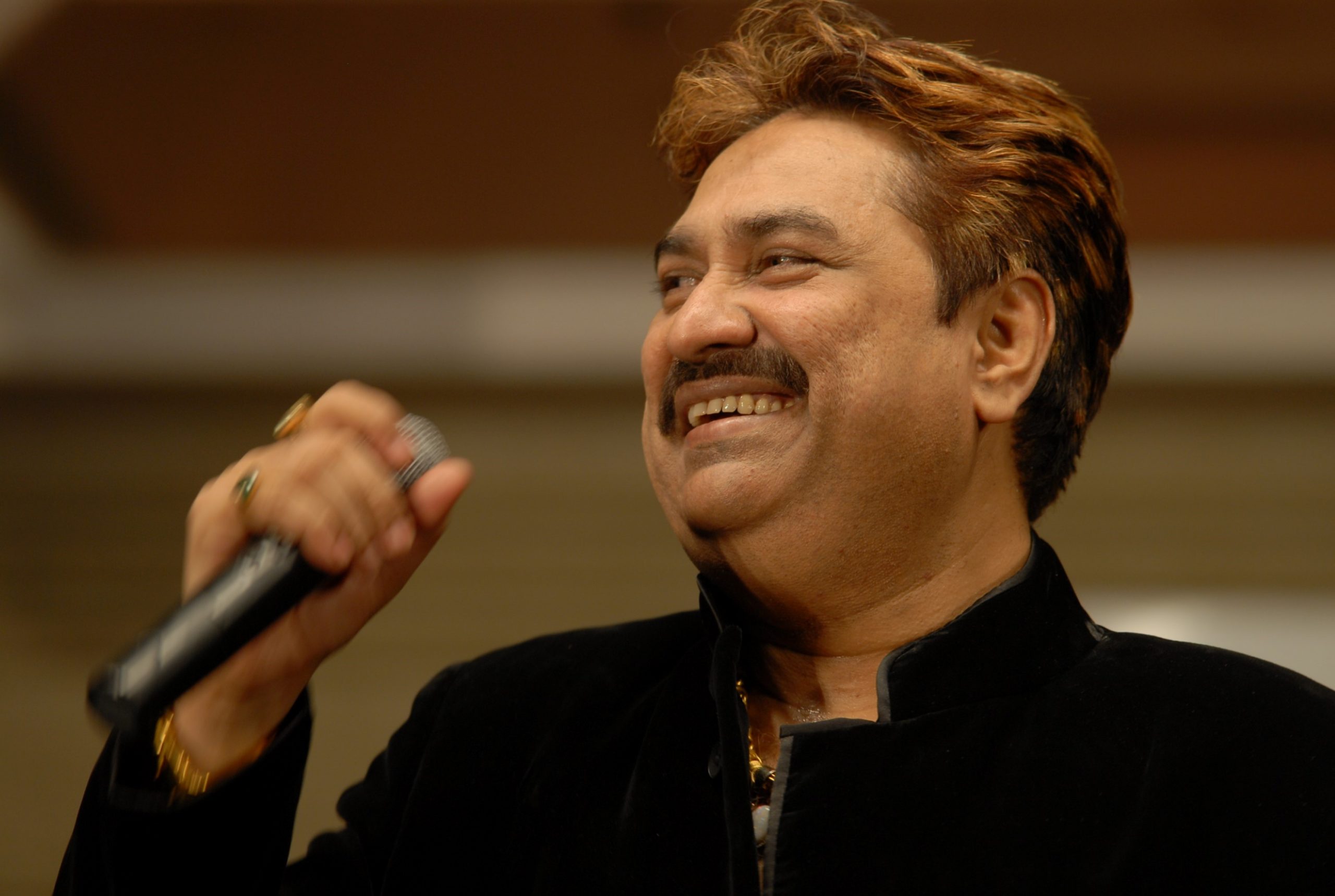 Well, it’s very enjoyable to see the new generations of singers… the way they record, and go about it. Technically they are very sharp, but I feel that they are very conscious about the music being played out and what the listeners will like! The older generation was more organic and would create songs defined more by their musical instinct and less by the markets. Like I remember RD Burman’s Kuch Na Kaho… It was okayed in the rehearsal take itself. This is a difference between older and new. The older Gen had such an in-depth knowledge that they knew exactly when they got what they wanted, so no need for recording and re-recording it multiple times. So yes, this difference is definitely there.

So, do you think that the new generation is more dependent on technology?

Yes the technology has improved by leaps and bounds today. We’ve made a lot of progress there. But it’s ok if the new singers depend much more on technology too. Back then, we have performed LIVE with more than 100 musicians at times and there was no auto-tune nor pitching or cut-paste, so it was tougher back then, and it’s easier now. But whatever it is, even if the technology is better, at the end of the day you have to sing well. That has to be the basis.

The short-term fame that various platforms provide today for aspiring singers… is that a disturbing trend?

See the short term fame and various platforms that you’re talking about is definitely true. It’s become easier to get famous today because you have multiple platforms. That scope has definitely increased. Back in our days, we did not have so many channels… Today there are singing shows, talent hunts, where you get that platform. So a short term fame is definitely guaranteed, but at the end of the day it’s all about sustaining it and that can only happen when you have talent of a certain caliber. There’s nothing disturbing about the trend. It’s good to see people come and try, that’s a duty to keep trying too. And if you get success then your talent deserves it. So initially there may be technology or manipulation, but you can’t sustain that in the long run. In the long run only talent will see you through.

What would you advice the new singers?

All I can say is that sing from the heart and it will touch the hearts! You sing any song with passion, it will reach the people and stay with them. As for the techniques of singing, well, some are God-gifted but you do have to work and improve them. God blesses you with some qualities and some we have to improve. Also the voice modulations should be unique and you should be able to sustain it too. That is the main secret. Sing from the heart.

Are there any singers or musicians you are keen to collaborate with? Indian or global?

There’s no favourite as such but Arijit Singh I’d like to sing with some day. As for international, I have sung a song, ‘Magical’ with my daughter. Besides, it’s more fun when the international singer sings in English, but we get to sing in Hindi, so then I would like to collaborate with Justin in the West and Arijit Singh in India.

Is there any special fan experience you can share?

Oh yes, a lot of such fan memories and experiences. Female fans who’ve openly proposed marriage to male fans writing letters in blood, fans who’ve named kids after me especially in West Indies, people who’ve made my songs a part of their love lives, yes, lots of such fan stories! But no one particular special fan as such! Fans are fans, they love you and thanks to them, their love, their blessings and thanks to you that I can reach out to them.

How do you look back on the journey so far and ahead?

My journey hasn’t been an easy one… People see how famous we are and assume that we had it easy, but you never get anything easy in life and if it’s easy, it doesn’t stay! Even when you get fame, sustaining that and holding that love for years and decades needs true talent. You can’t bluff your audience there. Your talent should have the punch. And because I am confident about my talent, I believe my journey ahead will be nice too. Lots of songs coming up. I haven’t set my destination, so the journey continues. I’m enjoying each day of this journey.

Sheikha Latifa is the Arab Lady of The Year