Filmmaker and producer Karan Johar just took to his social media profile and dropped the highlights of the Indian docu-film Searching For Sheela.

The Netflix documentary is based on Ma Anand Sheela, the Indian-born American–Swiss spokeswoman and personal secretary of Bhagwan Shree Rajneesh from 1981 through 1985. She managed the Rajneeshpuram ashram in the United States and pleaded guilty to attempted murder and assault for her role in the 1984 Rajneesh bio-terror attack in Oregon. 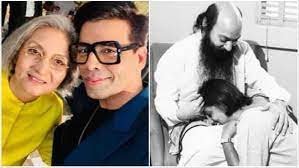 The feature is directed by documentary makers, Shirley Abraham and Amit Madheshiya.

Along with revealing facets of her that have thus far never been seen, a highlight of the documentary is a candid conversation between Ma Anand Sheela and director-producer Karan Johar.