It’s often said that the web-series on the OTT space feature a host of actors and actresses who set style statements with their outfits on the show. Making for another reason to hook the audience to their screen, these stars continue to dazzle and set fashion goals aplenty. With a host of eminent actresses rocking each and every look on screen, we list down 5 top fashion queens from the web-series space which audiences still adore for their amazing style and outfits. 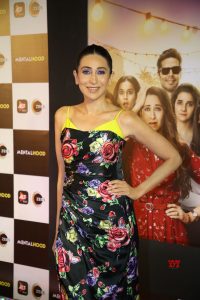 Fashionista Karisma Kapoor from Mentalhood
This blue-eyed beautiful actress made her OTT debut through ALTBalaji and ZEE5 Mentalhood giving a fantastic performance playing the role of Meira Sharma. Known for her fashion style in Bollywood, Karisma donned some very cool dresses making her the talk of the town amongst viewers of the show. A striking red maxi dress worn by her in an episode makes for the perfect outfit for a casual evening date which looks classy as well as simple. Throughout the series, the actress wore minimum, but very beautiful jewellery including bracelets and a pair of drop earrings. 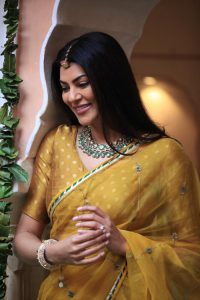 The phenomenal style diva Sushmita Sen from Aarya
Disney + Hotstar’s web series Aarya was marked as the comeback of the versatile actress Sushmita Sen. While the show continues to receive raving reviews, one can’t stop gushing about how dazzling the former Miss Universe looked on the show. The classy sarees and accessories worn at her onscreen sister’s wedding being a complete head turner. Her golden and green saree is ideal for an evening cocktail party. Another outfit of hers that caught everyone’s attention is the yellow silk lehenga which is ideal for any ceremony during wedding season. 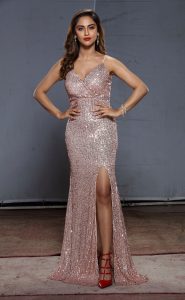 The Glamorous Krsytle D’souza from Fittrat
In this ALTBalaji and ZEE5’s web series, the gorgeous Krystle D’souza rocked the entire season with her stylish and impeccable looks and outfits. The actress made a rocking entry as Tarini in a golden one piece on the poster of the show which grabbed eyeballs aplenty. The actress oozed hotness in whatever she wore in the series. Here accessories, her shoes, bags everything was designed so perfectly that she looked like a complete diva in all the scenes. 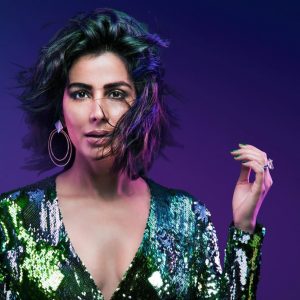 The Fashion diva Kirti Kulhari from Four More Shots Please
This superhit web-series from Amazon Prime saw each of the four protagonists rock every outfit they were seen in. Amidst all the other actresses, Kirti Kulhari’s wardrobe drew maximum attention. Kirti, who played Anjana, showcased a lot of power suits, of course, with vibrant colours like fuchsia bottle green and blues. Since she is a lawyer, she is seen in a spectrum of skirts, which are fun and classic. Be it her looks during the day or night, her character always looks elegant in what she wears. The diva, as always, gave some major fashion goals in both the seasons of the series. 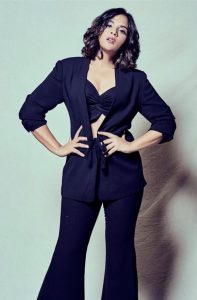 The Ultimate stylista Richa Chaddha from Inside Edge
This dashing Bollywood actress slayed in her elite look as Zarina Malik in this Amazon Prime series. Zarina is shown to be a fashionista in the show. She is a lady boss who is dressed at her best all the time. Richa has taken care of the most minute details to become Zarina. Right from hairstyle to clothes, the actress made sure that the look is classy and up to the mark. No prizes for guessing that Richa has managed to look at her best in every single scene.

So what are you waiting for? To catch these gorgeous actresses in their best look, binge-watch these shows today.

Hrithik Roshan has a fan in Miss Bulagria Margo Cooper, who finds him 'very handsome'