Aakanksha Naval-Shetye checks out the 11 toppers who score the highest marks as screen mentors in Bollywood.

Hindi cinema has always had its share of iconic teachers on screen – right from Abhi Bhattacharya in Satyen Bose’s inspiring Jagriti (1954) to Jeetendra taking up the job of tutoring five children in Gulzar’s Parichay (1972)!

Bollywood is replete with screen-teachers who we’ve come to love and idolize and several of our Bollywood stars have played memorable and much-loved roles as teachers on screen in recent times as well. From Rani Mukerji battling all odds to pursue her passion for teaching to Hrithik Roshan literally giving his sweat and blood for his students to excel, from Aamir Khan giving a new lease of life to his dyslexic student to Amitabh Bachchan who is the only ray of hope for his student!

The list is a long one, but we have our favourite 11 from recent times right here: 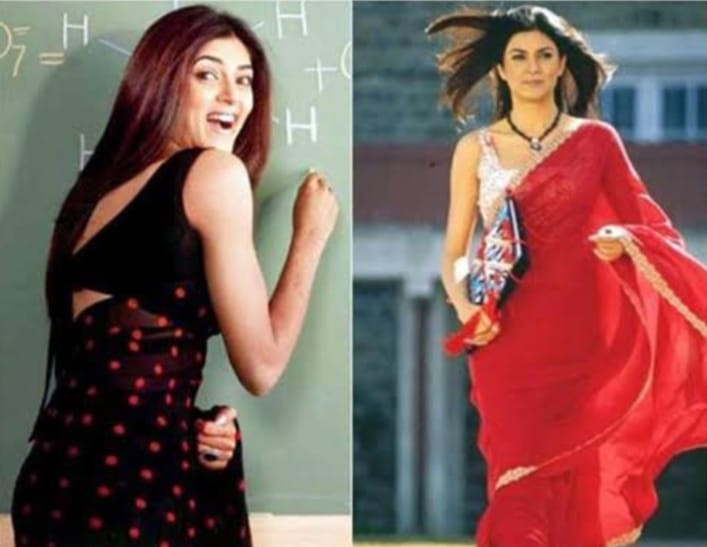 Mention Main Hoon Naa and chances are that among the first few images that come to your mind besides those of film’s superstar Shah Rukh Khan, are of his onscreen lady-love and college professor Sushmita Sen sashaying down the gates of their college, looking gorgeous in a red saree! The stunning entry and her performance have stamped her name in Indian cinema as one of Bollywood’s most iconic teachers on-screen. She’s easily one of the most glamorous and memorable teachers, Bollywood screens have been blessed with!

Once a fun-loving day-dreamer and budding painter, 8-year-old, Ishaan Awasthi (Darsheel Safary) slowly turns listless and loses all interest in everything around him, after being sent to a boarding school as a means to discipline him. The turning point comes when Aamir Khan comes in his life as his arts teacher Ram Shankar Nikumbh and identifies Ishaan’s real problem to be dyslexia. The concerned teacher helps him overcome his disability using various remedial techniques and ultimately transforms him into a much-liked student with a boost of confidence. The film showcases one of the most beautiful teacher-student relationships in Hindi cinema and earns the ‘perfection’ Khan a spot on this list. 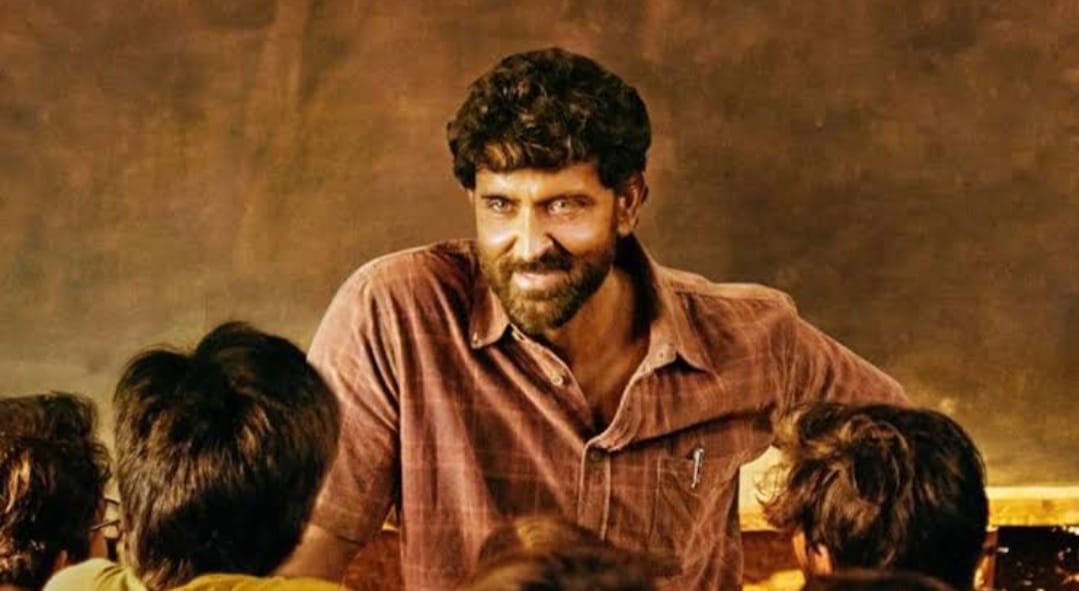 As Math genius Anand Kumar who starts coaching a batch of 30 economically underprivileged students to help them clear the IIT-JEE examinations, Hrithik struck a chord in his new avatar.  Not only is his role as a determined teacher inspirational on many levels, but as an actor too, Hrithik raised the acting bar several notches higher with this film. 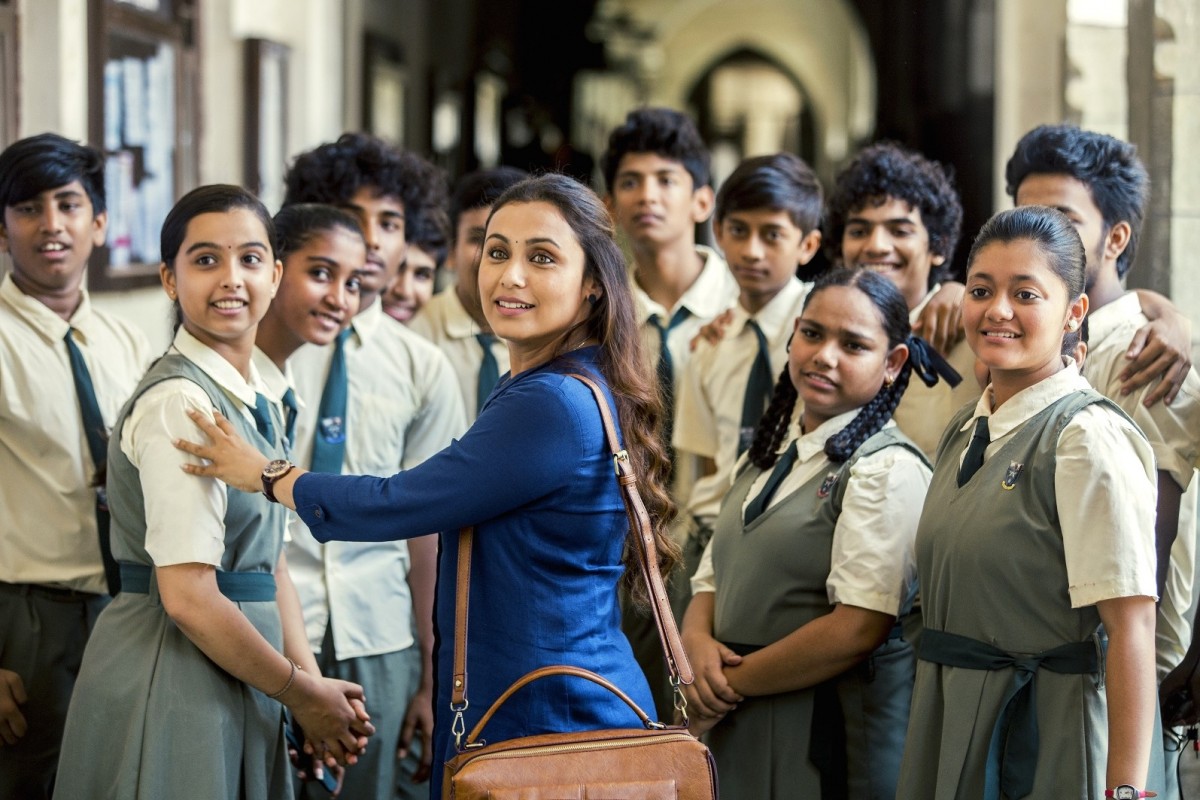 Rani plays Naina Mathur, a young woman who aspires to be a teacher, but struggles to find a job due to her Tourette Syndrome. She is finally given a class on a temporary basis with students coming from underprivileged backgrounds. Even though the students make fun of Naina, she slowly wins their confidence and using innovative teaching methods gradually helps them top their exams. Rani aced her role as a teacher giving one of her finest performances most effortlessly. 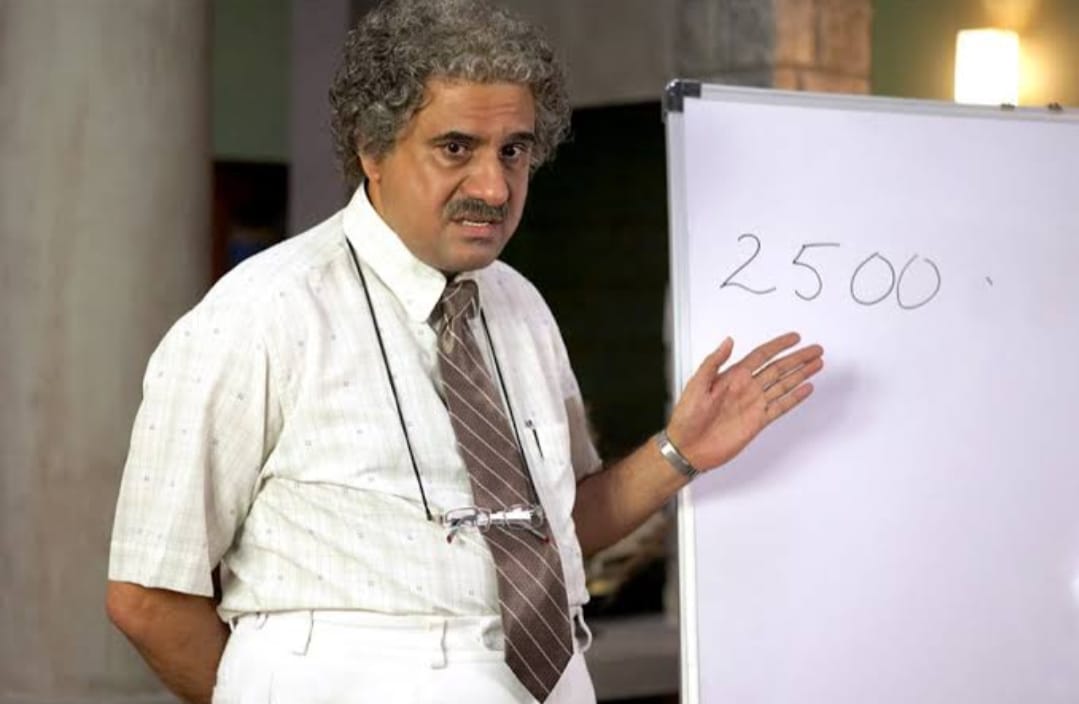 As a medical college dean Dr JC Asthana in Munna Bhai and as Dr Viru Sahastrabuddhe, the director of an engineering college, in 3 Idiots, Boman had only one mission in life in both these Rajkumar Hirani films – to ensure that the heroes don’t do well academically and also that they do not marry his daughters in either films. What we love about the actor are the unique and distinct quirks he brings to both these characters, inspite of their similarities that make his roles so memorable. And though he’s the kind of teacher we would hope students never have to face in real life, on reel, he’s nailed the roles with perfection and earned a spot in our top 11! 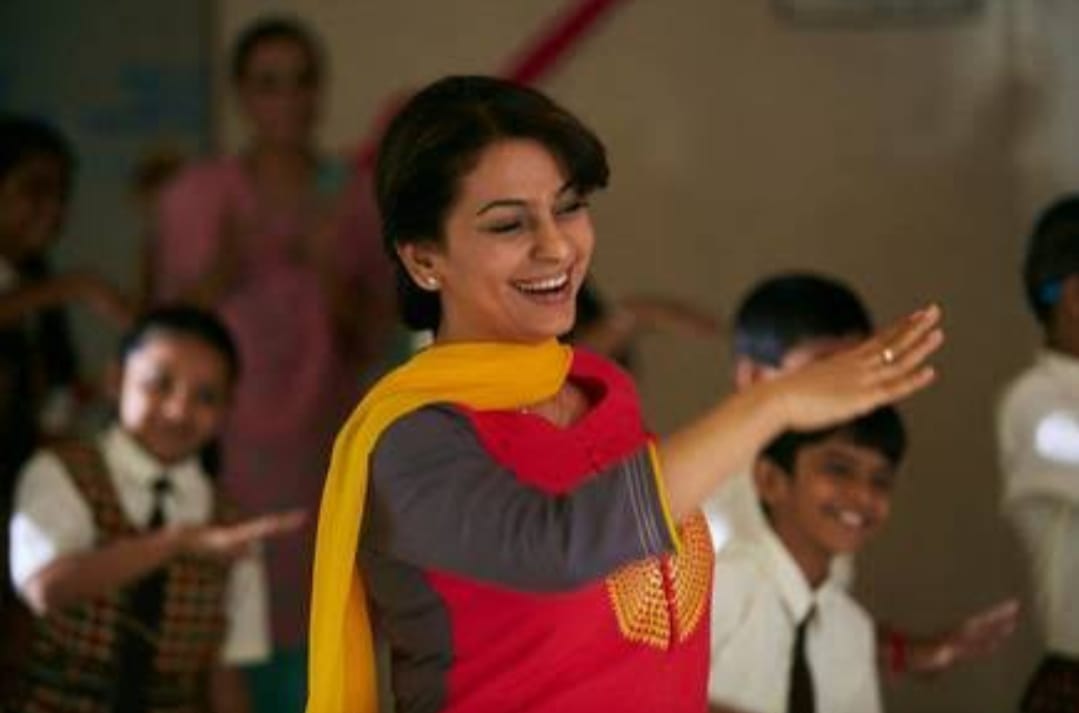 Juhi wins our hearts with her earnest portrayal as a sincere teacher Jyoti Thakur who tries to fight for the rights of her female colleague Vidya Sawant (Shabana Azmi) who has been unfairly terminated from her job of teaching. Together the two take on the evils of commercialisation of the private education system and ultimately emerge triumphant. The determined and heartfelt performance by both the actresses makes teachers feel proud of their profession. 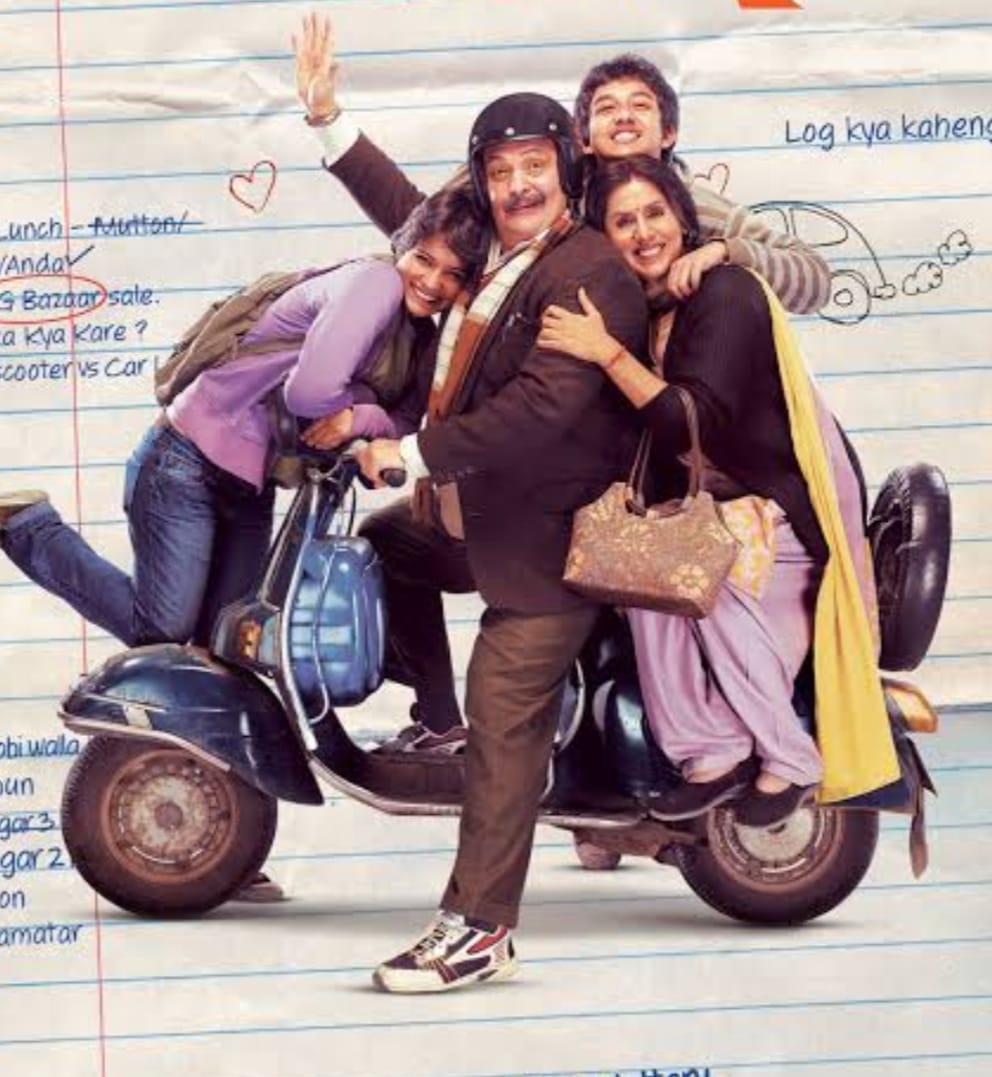 The late actor played Santosh Duggal, a modest middle-class hard-working Math teacher, who supports his family comprising wife and two grown-up children in this Habib Faisal film. Under tremendous family pressure to buy a car before a upcoming wedding in the family, Duggal is tempted to follow the wrong path to make an extra buck, by helping a student secure passing marks in exchange of money. However, he backs out and sets the right example for his own children too. Kapoor Sr was simply fantastic in this role and his chemistry with real and reel wife Neetu Kapoor was amazing too. As a righteous teacher, he wowed the audience and the critics. 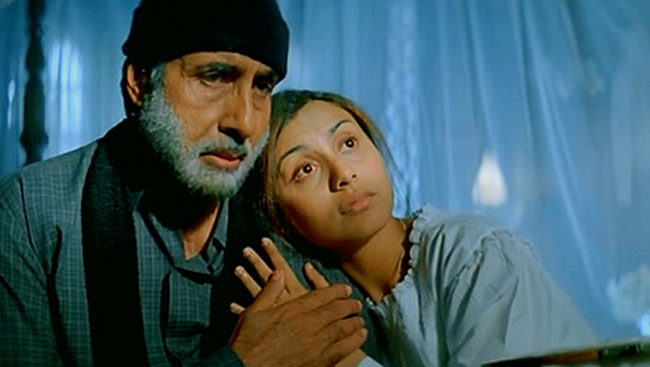 Talk about cinema greats and iconic roles, and it is impossible that the legendary star will not find a mention. While the veteran actor has played the head of educational institutions in films like Prakash Jha’s Aarakshan and Mohabbatein, it is his role in Sanjay Leela Bhansali’s Black as the deaf and visually-impaired Michelle McNally’s (Rani Mukerji) teacher Debraj Sahai that won him the most accolades and even the prestigious National and Filmfare Awards. He comes across as an eccentric teacher who refuses to sympathise with his student, but he instils greater confidence in her, through his unconventional and even harsh methods of teaching. The film explores this unique teacher-student relationship beautifully and makes Mr Bachchan, a truly iconic screen teacher in Indian cinema. 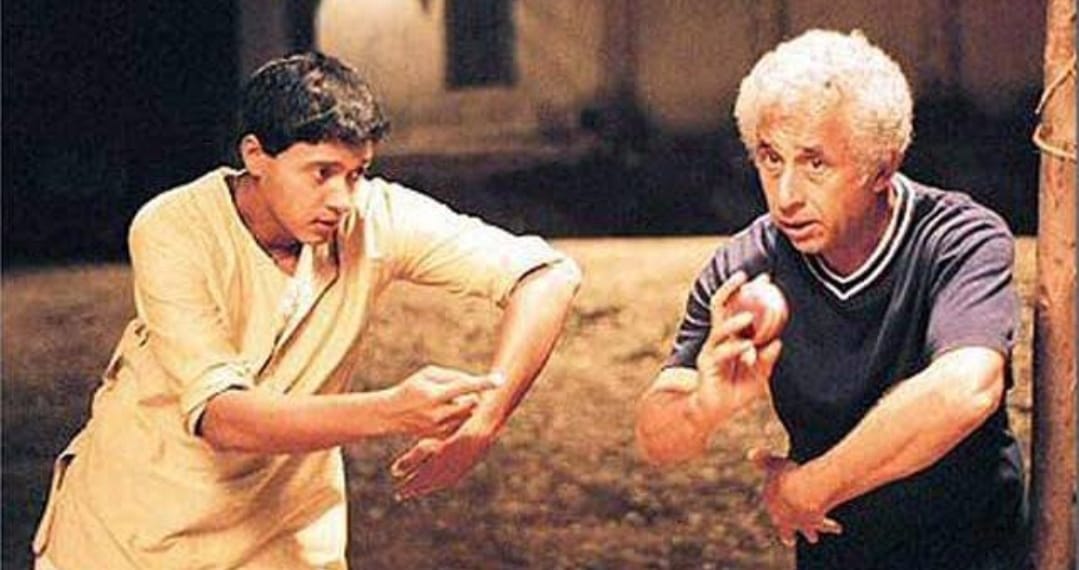 One of the most versatile actors of Indian cinema, Naseeruddin Shah plays a friendly and caring teacher Aman Verma in Sir, who goes out of his way to help a shy student Pooja (Pooja Bhatt) and even puts his life on the line for his students. But it’s his role in Iqbal that has our hearts even more. In this Nagesh Kukunoor film, a local drunkard Mohit (Naseeruddin) takes up the challenge of training a cricket-obsessed deaf and mute boy Iqbal (Shreyas Talpade) to not only play the sport, but fulfil his dream of playing for India’s national cricket team too. The actor’s sterling performance in this inspirational movie certainly makes the cut for this list. 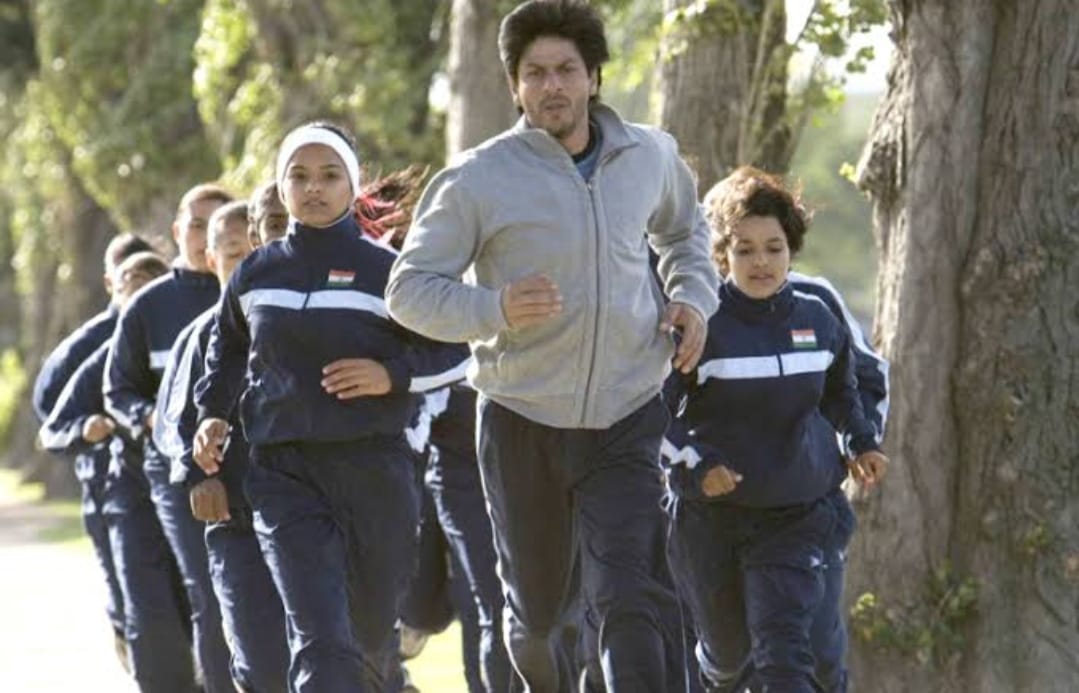 Shah Rukh Khan played music teacher Raj Aryan Malhotra, preaching all things love to his students in Aditya Chopra’s Mohabbatein, but it was as the coach Kabir Khan of the Indian women’s hockey team in Shimit Amin’s Chak De! India that we saw the superstar at his best. In what can easily be called as one of his career’s finest performances, Khan teaches not just field techniques to his players, but teaches them to play like a team and together for India. Highly inspirational, the film has a great repeat value, and well let’s just admit it, teacher or not, SRK is always a treat to watch! 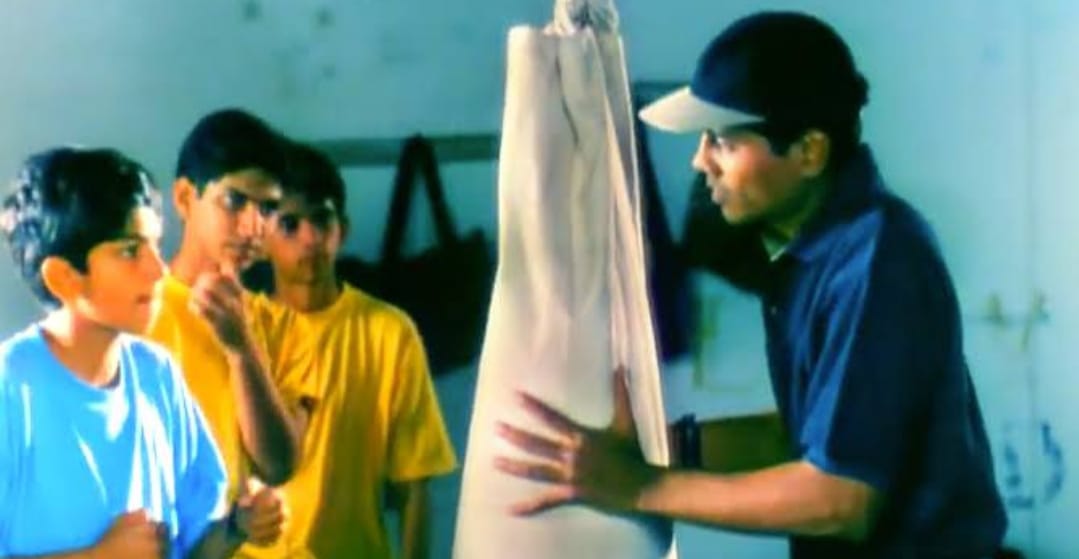 When 13-year-old Rajesh Naidu struggles to fit into the hostel life at Rockford Boys’ High School, the school’s PT instructor Johnny Matthew comes to his aid in this coming-of-age drama. Imparting important life lessons while Rajesh navigates through teen years filled with discovering love, friendship and heartbreak, the teacher proves to be a dependable rock-solid support.