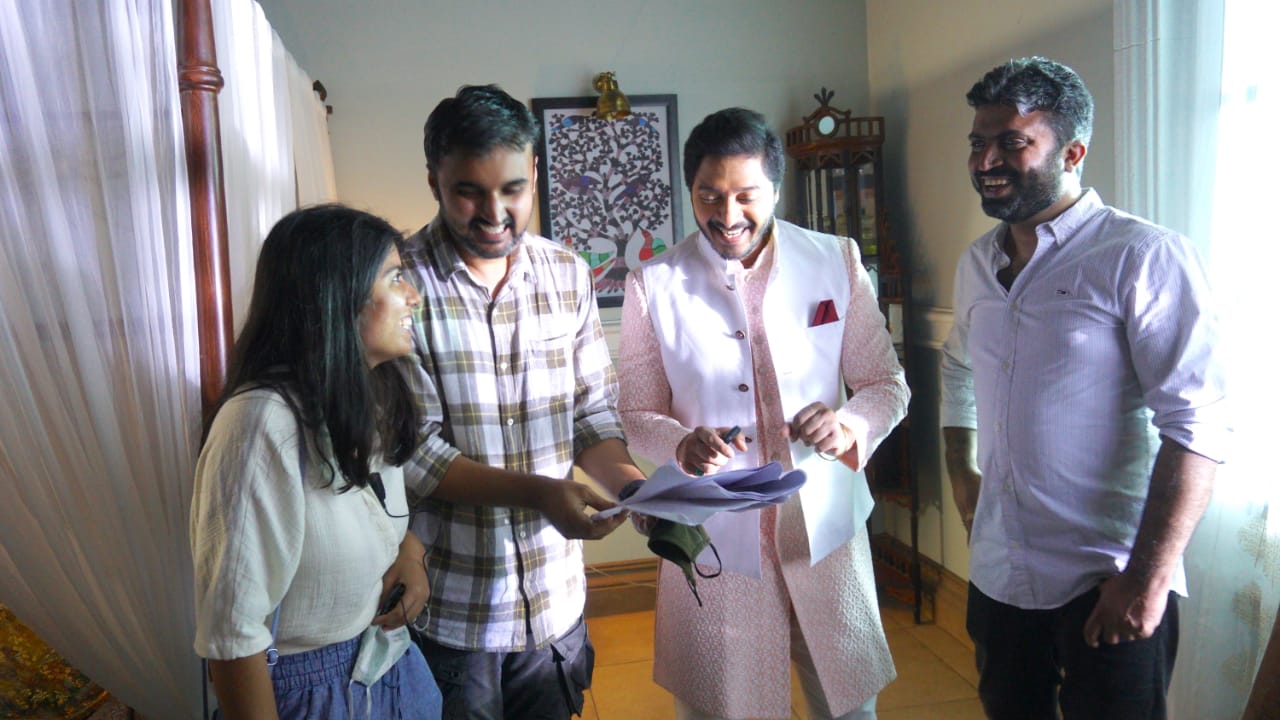 Talking about Speed Dial, Kushal reveals, “We all have to face the daily grind and the struggles, especially since the emergence of Covid. One can only hope to look around and find that glimmer of magic. That’s when I thought what if one finds a magical mobile phone and each call made from this phone is like an answer to all your prayers. A call can change your life for good. Therefore, it’s a fun-thrilling kind of a refreshing short film with a touch of magic. I am glad Radico Khaitan and 8 PM Premium Black Music CDs trusted my vision and gave me creative freedom due to which ultimately they loved the film! I was delighted to have Shreyas Talpade and Aksha Pardasany on board for this film. We all know what an amazing actor Shreyas is and it was lovely to work with Aksha, Rahul Kapoor and other talented actors as well. It’s directed and produced by me under my banner Flying Dreams Entertainment Pvt. Ltd, co-produced by Antara Srivastava and presented by 8 PM Premium Black Magic Music CDs. This is also the first in a series of short films to be made by us for 8 PM Premium Black Music CDs.”

Sharing his working experience with Shreyas Talpade, he adds, “Like everyone else, I also admired Shreyas’ performances. I had met him a year back for a web film although it didn’t work out then. But as they say, no effort is ever wasted, we ended up working finally for Speed Dial. His comic timing and the nuances in his performances are exceptional. This character of Kabir was written keeping him in mind. Kabir is initially under-confident and is ready to give up his life but a mystical phone changes his life for the better. I don’t think anybody else could have played this character better. He has enlivened the film to another level. I am thankful to him for being a part of this film since this is also his first short film.”

The film depicts the story of Kabir, essayed by Shreyas whose life changes drastically when luck shines on him, turning his world around for the better.

Kushal also shares about the kind of content he wants to create and his future vision adding, “I like to keep raising the bar higher and elevate the quality of content with each film I make. As makers, we should try and challenge the fixed/expected views of the audience and give them something new each time. OTT platforms are doing tremendously well when it comes to fresh content. Apart from thrillers, I would also like to explore other genres as well, be it films or web series. I want to do something that’s not been done in the past. It’s time to shake things up!”