Known to be outspoken and have a strong opinion on gender disparity, writer-director Tahira Kashyap Khurrana is now looking forward to the release of her upcoming book titled The 12 Commandments Of Being A Woman. The book, which has a funny, witty and humorous undertone to it, entails her journey and experiences.

Leading up to the launch of her book, Tahira shared three commandments of being a woman on her Instagram which met with a lot of intrigue and appreciation from her peers and her followers.

Recently, Ekta Kapoor, Anushka Sharma, Anubhav Sinha and the Mohan sisters (Neeti, Shakti and Mukti) took to the social med thanking Tahira for writing a “funny, unabashed and honest” book and urging their fans and followers to get their hands on the copy.

Now, Sonali Bendre has also given a shout out as she wrote, “Guys Tahira is up to something again. She is doing something new. Yes she is writing a book. She is out with a book called The 12 Commandments of Being a Woman. It’s witty, hilarious and it talks about all the crazy things to be a woman. Go grab a copy.”

On the other hand, Vidya Balan took to her social media and wrote that Tahira surely has an answer to what women want, “What do women want? This is one of the most loaded questions out there, and I definitely don’t have an answer for it… But looks like rockstar @tahirakashyap does.Her new book “The 12 Commandments of Being a Woman” is a book for every woman and man who wants to know what women want! I wonder who i should gift it to. Any suggestions! #The12CommandmentsofBeingaWoman,” 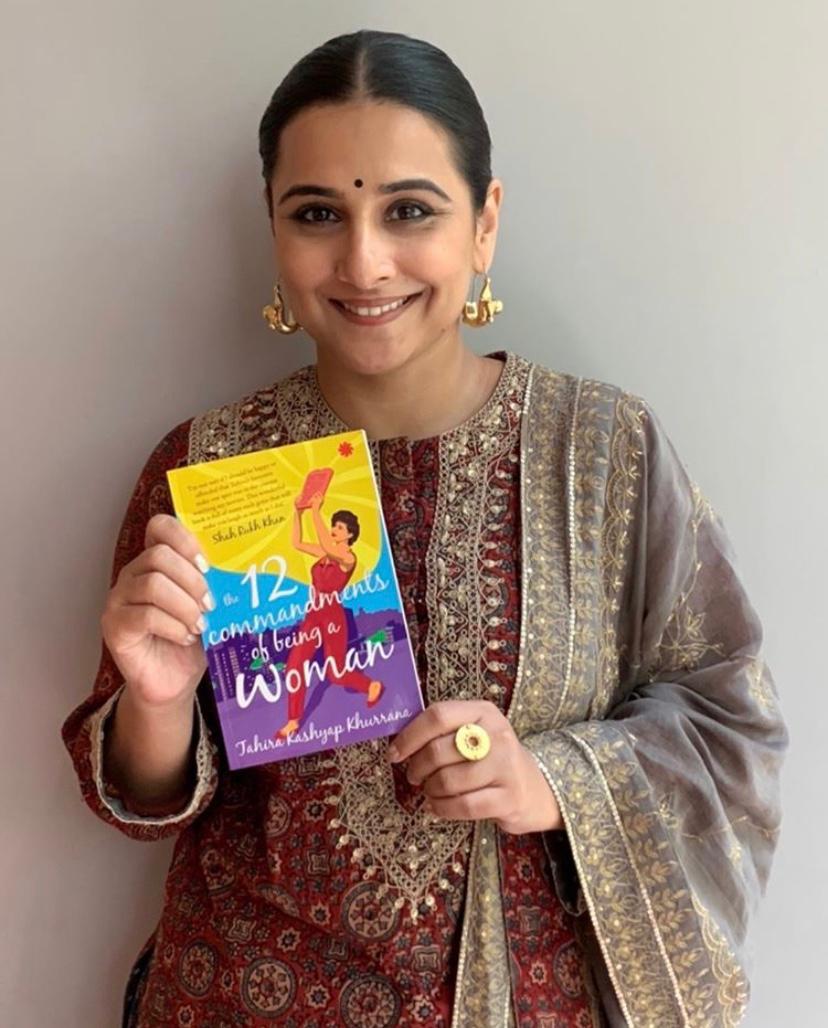 Talking about the love that her book has been receiving, Tahira says, “I am humbled with the kind of love that has been pouring in from my friends and peers in the film fraternity. The 12 Commandments Of Being A Woman is a very special book. It is something that I wanted to pen for a long time now. I hope women will be able to relate to it. This is book is for everyone who has been able to crush stereotypes and be a rebel. I believe that all of us must celebrate the norm-breaker in us.”

Masking Glory: What does your mask say about you!