‘Yeh Galiyan Yeh Chaubara’ is one blockbuster song that takes you down memory lane and now, Dhamaka Records is presenting this age-old classic sung with the same soul and passion by the graceful and charming, Padmini Kolhapure. The label released an endearing first look that depicts the ideal mother daughter bond from childhood to the day of the young girl’s marriage. Padmini’s expressions speak volumes of the myriad of emotions a mother goes through when her daughter readies to be the bride. 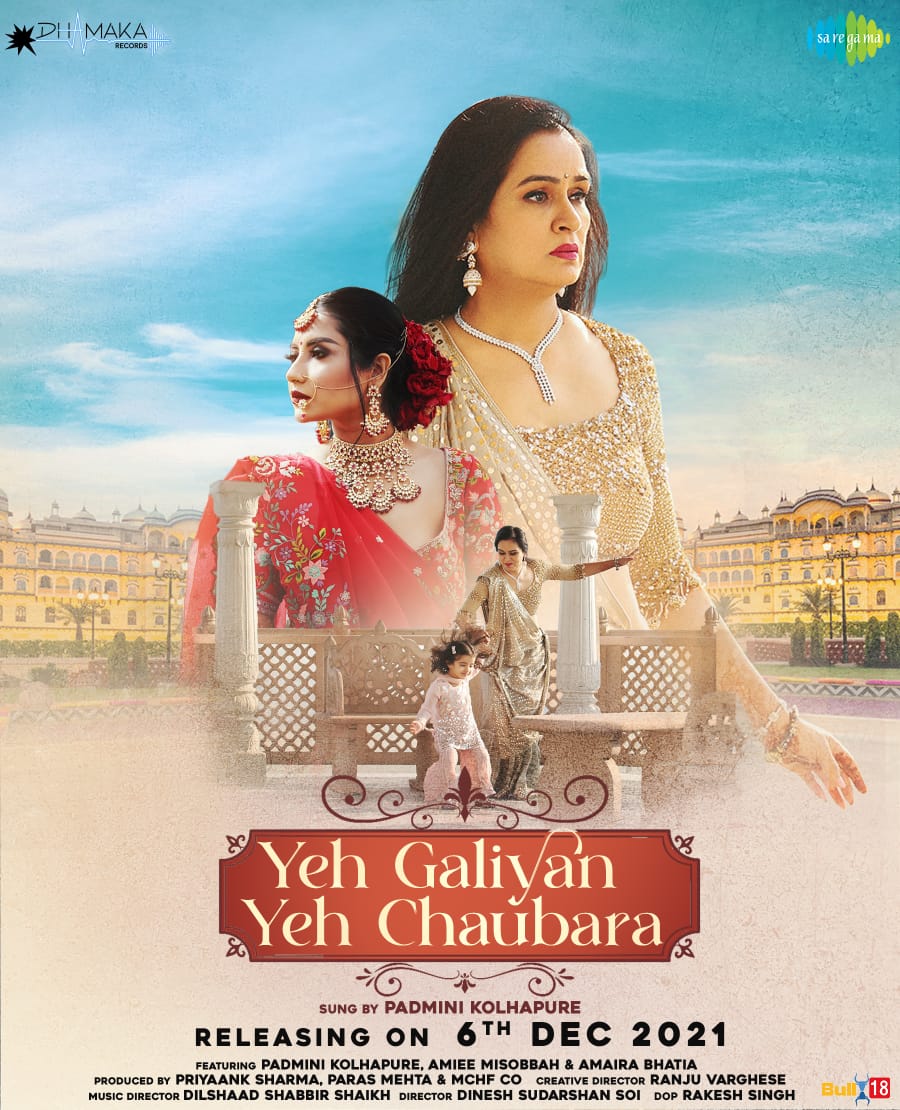 Speaking on the same, Padmini Ji stated that, “The emotions that a mother goes through when her daughter gets married is not something that can be put in words. From happiness to sorrow to a feeling of emptiness, one feels so many things at one time. Ye Galiyan Ye Chaubara is a rendition of all those feelings. It was like an emotional roller coaster to sing the same and I am so proud of the way it has shaped up. There is no bigger honour than being able to give voice to a song that was sung by Lata Ji. I am excited to see how the audiences react to the video as well.”

The iconic song titled ‘Yeh Galiyan Yeh Chaubara’ which was originally sung by Lata Mangeshkar, is from Padmini’s highly acclaimed film’, Raj Kapoor’s Prem Rog. The re-created version is presented by Saregama and Dhamaka Records and will go live on December 6th.
Meanwhile, the actress was recently in Dubai where she graced the Filmfare Middle East Achievers Award. Looking her usual classy self and elegant as always, the legendary actress presented a honour on the stage. “This platform is very special and I’m excited to be a part of these celebrations of achievements,” she’d said.