Kartik Aaryan says, “The timeless classic Aashiqui is something I grew up watching and working on Aashiqui 3 is like a dream come true!”

Kartik Aaryan has been roped in for Mukesh Bhatt and Bhushan Kumar’s Aashiqui 3. The musical franchise started by Gulshan Kumar will be directed by Anurag Basu, with music by Pritam. 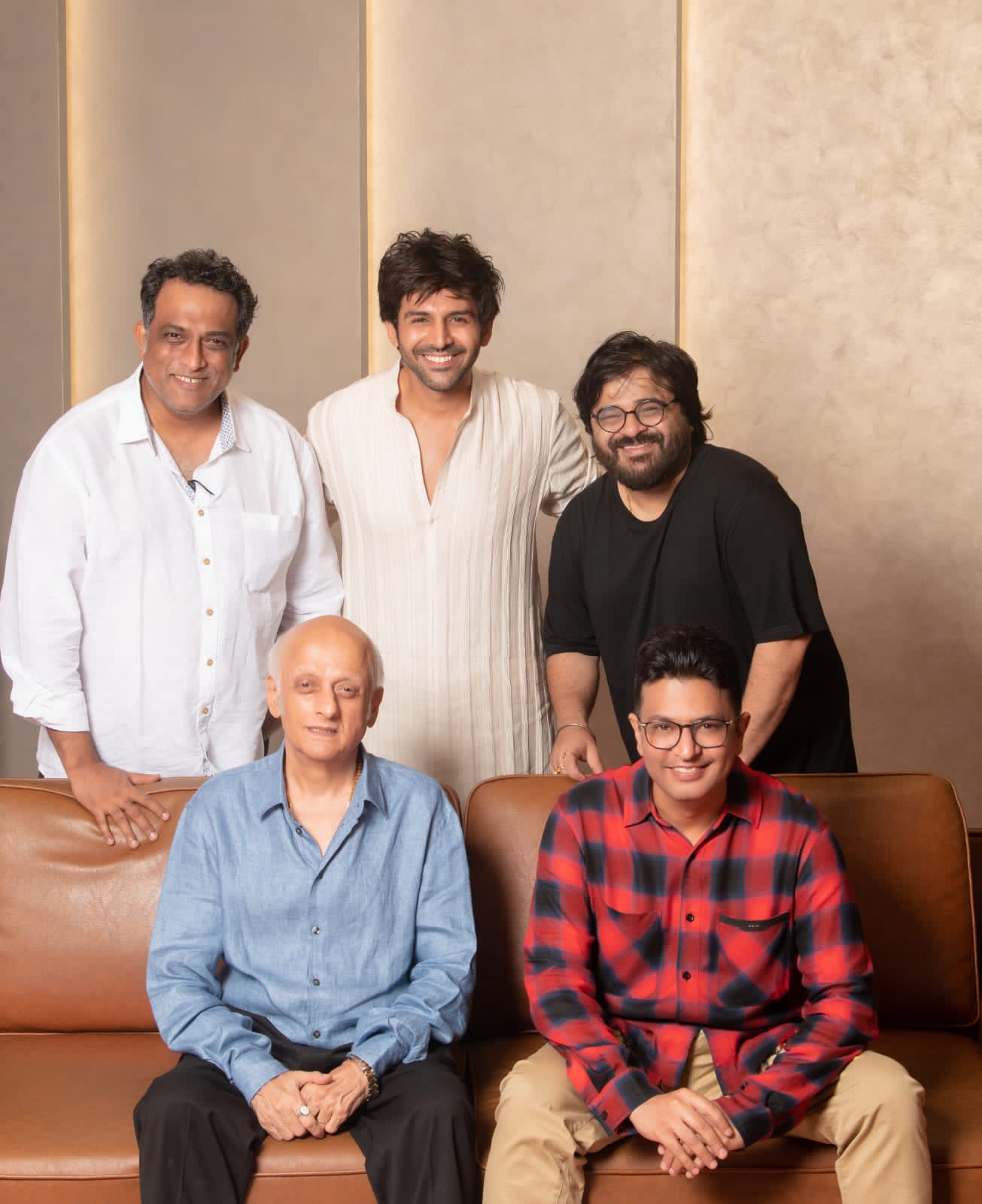 The partnership between T-Series and Vishesh Films was first formed in 1990 with Aashiqui. Now continuing their 32 years of association, they have announced Aashiqui 3. Producers Mukesh Bhatt and Bhushan Kumar have teamed up together once again for the much expected third instalment with director Anurag Basu, music composed by Pritam and starring man of the moment Kartik Aaryan in the lead. The team kick-started the collaboration on a positive and spiritual note by seeking blessings from lord Ganesha during the ongoing festivities.

Starring in lead role, actor Kartik Aaryan said, “The timeless classic Aashiqui is something I grew up watching and working on Aashiqui 3 is like a dream come true! I feel privileged yet grateful collaborating with Bhushan Sir and Mukesh Sir for this opportunity. I’ve been a big fan of Anurag Sir’s work and collaborating with him on this one is definitely shape me in many ways.”

The Aashiqui franchise that revolved around love, romance, and relationships and has remained in hearts of audiences till date, is all set to reignite the magic of love story and music! Touted to be a rage amongst the youth, Kartik Aaryan will spearhead the third instalment of one of the most popular franchise of Hindi cinema that remains to be a timeless classic loved by the youth of this nation. While the storyline was heart of the prequels, music remains to be their soul that will be carried forward by phenomenal music director Pritam.

Producer Mukesh Bhatt says, “Evening of 16th Aug 1990, a day before Aashiqui’s release, Gulshanji and me were very nervous, the next day records were broken and history was created. Today with Bhushan , Pritam, Anurag and the heart rob of the nation Kartik, I assure everyone that Aashiqui 3 will celebrate love like never before.”

Producer Bhushan Kumar said, “The movies whose storyline and music etched our hearts, its time to relive it again! We are ecstatic to announce Aashiqui 3 in collaboration with Mukesh Ji, directed by my all time favourite Dada Anurag Basu. The film is sure to have a fresh side to it while retaining the true essence! We couldn’t have found an actor better than Kartik, a true rockstar in all sense after the massive hits he has delivered; he truly fits to a T! Music plays an integral part in this romantic musicale, along with Pritam we aim to raise the bar higher. Working with such a dream team is something I personally look forward to and can’t wait to recreate a magic again.”

Director Anurag Basu said, “Working with Vishesh films is literally like coming home and I am glad directing Aashiqui 3! Bhushan ji and I have a long standing relationship and every outing together is even more exciting than the last one – he is a solid collaborator who I am really privileged to have by my side. Aashiqui and Aashiqui 2 were emotions for the fans that has remained in hearts till date, the aim is to carry the legacy ahead in the best possible way. It’d be my first venture with Kartik Aaryan, who is known for his hardwork, dedication, grit and determination towards his work and I’m truly looking forward to this one.”

Music Composer Pritam said, “The Aashiqui franchise is known for its absolutely great music and I am really glad to be part of this amazing franchise and will try to take it to it’s next level.”