‘You can really make the show that you set out to make,’ say the two lead stars about the series that premieres on StarzPlay today

Best known for his role as Green Arrow in the Arrow-verse TV franchise Arrow, Canadian star Stephen Amell has been a part of several popular shows including The Vampire Diaries, Hung, Private Practice, Blue Mountain State, and New Girl with Zooey Deschanel and Max Greenfield, apart from films including Teenage Mutant Ninja Turtles: Out of the Shadows (2016). The actor will now be seen playing Jack Spade in StarzPlay series Heels. 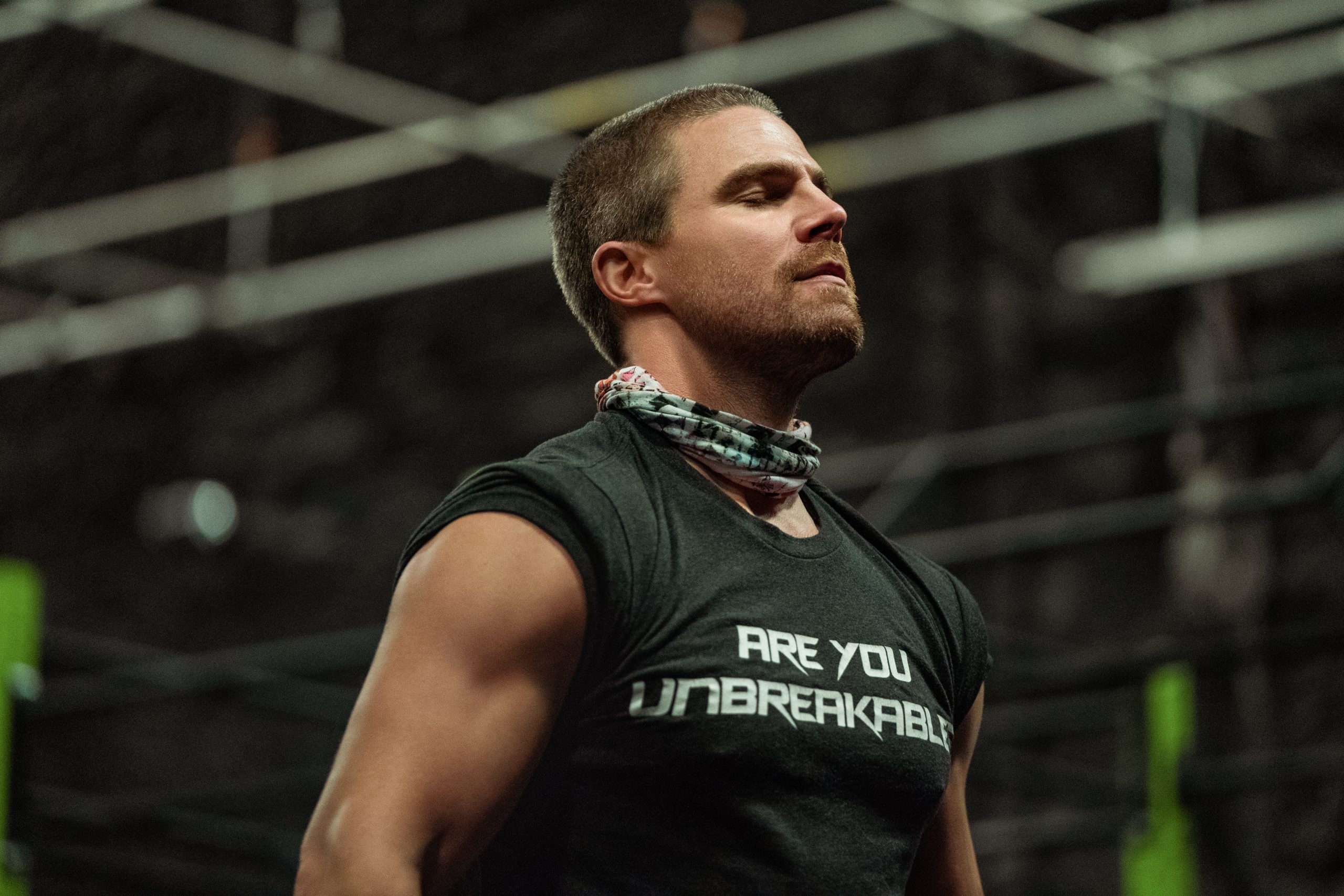 Alexander Ludwig plays Ace Spade, who in the ring is the beloved hero and the star of the DWL, but outside it, struggles to reconcile his small-town idol status with his habit for self-destructive choices and emotional outbursts.

A multi-talented actor, Alexander Ludwig continues to make his mark in Hollywood and his skills extend beyond acting and filmmaking. A gifted musician, Alexander recently released his first single “Let Me Be Your Whiskey” that he wrote and co-produced. He will debut his self-titled EP Alexander Ludwig, followed by a country album later this year. He will also be seen in Swing, and History Channel’s popular show Vikings as the lead character Bjorn. His films include Bad Boys for Life opposite Will Smith and Martin Lawrence; Roland Emmerich’s Midway opposite Woody Harrelson and Dennis Quaid; festival-acclaimed Peace; Go with Me opposite Julia Stiles and Anthony Hopkins, Final Girl opposite Abigail Breslin and Wes Bentley, The Final Girls opposite Malin Akerman and Nina Dobrev; the action-adventure The Seeker: The Dark is Rising; Lone Survivor directed by Peter Berg; Grown Ups 2; When the Game Stands Tall, the hugely successful Race to Witch Mountain opposite Dwayne Johnson and Carla Gugino, as well as the 2012 box-office smash-hit The Hunger Games.

In a candid interview with Aakanksha Naval-Shetye, Stephen Amell and Alexander Ludwig talks about working on their new show Heels!

What has been the biggest takeaway for the two of you from this show?
Alexander Ludwig: For me it’s that we made the show that we set out to make and we are so unbelievably proud of that. Like very rarely do you read a script where so much has to come together to make that script a reality. It starts with the script. But everyone has to show up, everyone has to put in the work. I gained a tremendous amount of respect for the wrestlers, but also for what the cast and crew went through the Covid to make this a reality. What I have taken away from the show is that you can really make the show what you set out to make. And the thing here is that you don’t have to be a wrestling fan to love it, there’s so much to it and the wrestling is just like the cherry on the top, because it’s such an amazing world.
Stephen Amell: My manager watched the first episode and he complimented saying that this came out exactly how he had pictured it. That’s a huge compliment because I feel the same. The other take-away has been the Southern hospitality which is a real thing. I loved filming in Georgia, loved the crew, loved the people and I’m hopeful we get to go back. The circumstances in which we shot the first season were daunting, and as everyone, we all had adjusted but I would love to go back.

One of the big aspects of the show is the theatricality and the wrestling itself, but one of the things I enjoyed the most is the richness of the characters and their interior conflict. What did you guys find more daunting to play – the interior moments of the characters or the physicality of wrestling?
Alexander Ludwig: From the script’s standpoint or someone who didn’t know much about wrestling, we have worked very hard to be able to understand characters. So that’s what drew me in a lot of ways, like how colourful and complex these characters were. But what was really daunting for me was that to be massive with anything you have to make it look easy, right? So getting into the wrestling ring, our job is to make it look like we are professional wrestlers for those five or ten minutes before they say cut. And that was really daunting when I realized, what Stephen always said that the second you hit the ropes and you take that flap-back bump, is true, that you finally realise what’s in store for you. And the efforts you need to put in a sport like this is tremendous so that was incredibly daunting when I realized just how far we had to go, and it took months and months of training to be able to even look like a pro for five minutes in the ring for a match.
Stephen Amell: For me it’s the character moments that are most important because I’ve been cutting Heel promos as a wrestler since I was six years old, so that part was easy. But the dynamics, now that mattered. We could put out the Heels of wrestlers for 56 minutes but if we don’t care about the 6 minutes when we get to know these characters outside the ring then it doesn’t matter. 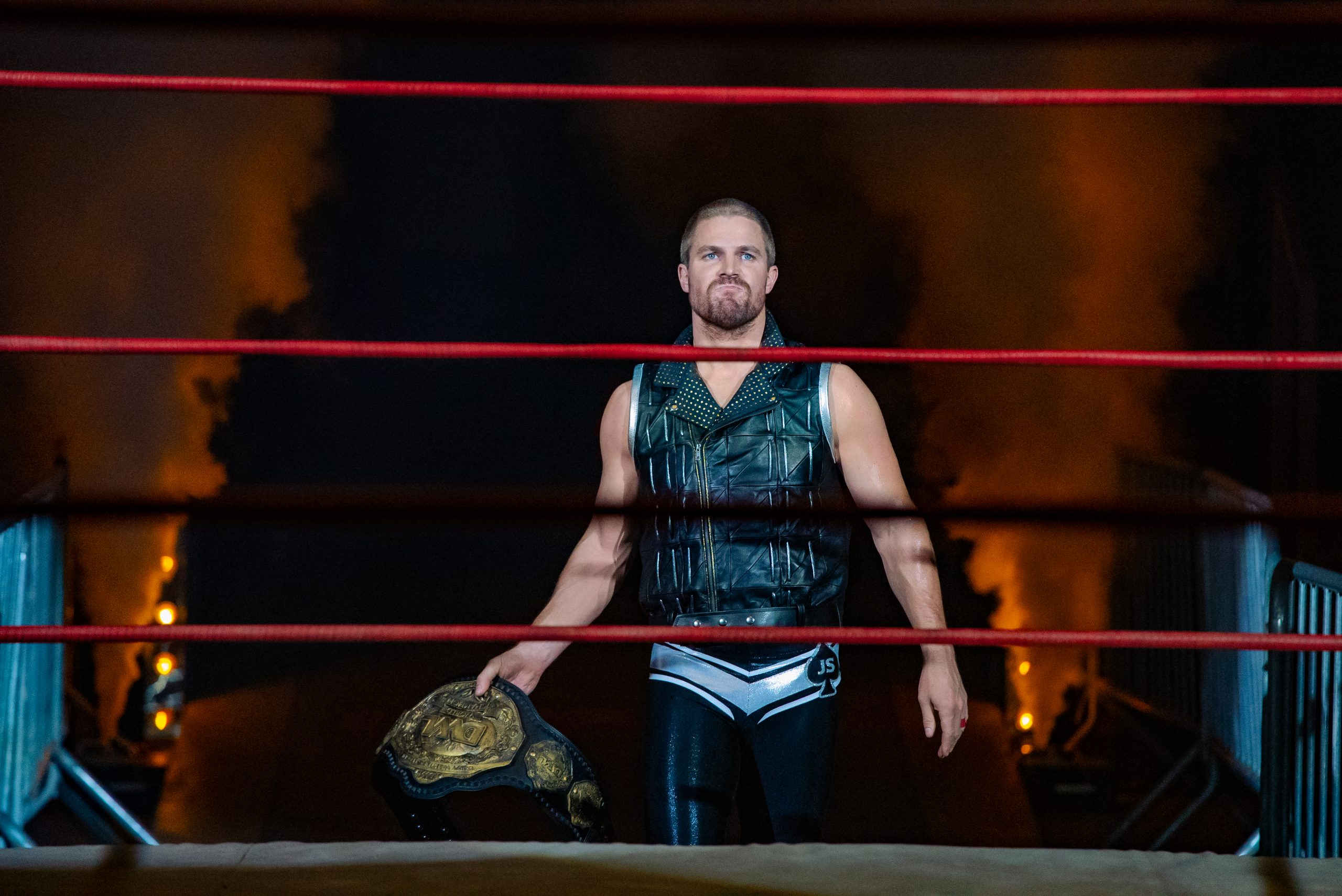 Stephen given your experience of wrestling, is there a challenge in doing these moves without the momentum of a match?
Stephen Amell: By the end of the season we got that down, but yes it was incredibly challenging to shoot these scenes. Because you needed to be careful that in between the takes too, you got to stay warm. But we did a great job of shooting the match sequentially, and as best as we could. The team did a good job of mapping because once we got going, it’s important to keep the momentum because a part of the wrestling is remembering where you are in that part of the match and remembering your energies as you go through because you get tired. But they did a good job of making it look continuous and as close to the real thing as possible.

Alexander, your character Ace is very complex, how was it juggling between that thin line of the character being liked and hated too?
Alexander Ludwig: That’s what I love about him, that he’s a very complex guy. So you love to hate him and love to love him. In a weird way we can see ourselves in these characters. Like Ace just wants to find his place in the world, wants to be loved and feels overshadowed by his brother. And he’s got this mounting pressure of this small town to be the next big thing. It’s hard for me to admit but I did go through a lot of dark places to be able to play him. A lot of Ace I can relate to. That’s always the staple of great characters. There’s no perfectly right or perfectly wrong person, everyone’s perfectly imperfect! And watching this kind of makes the show exciting. 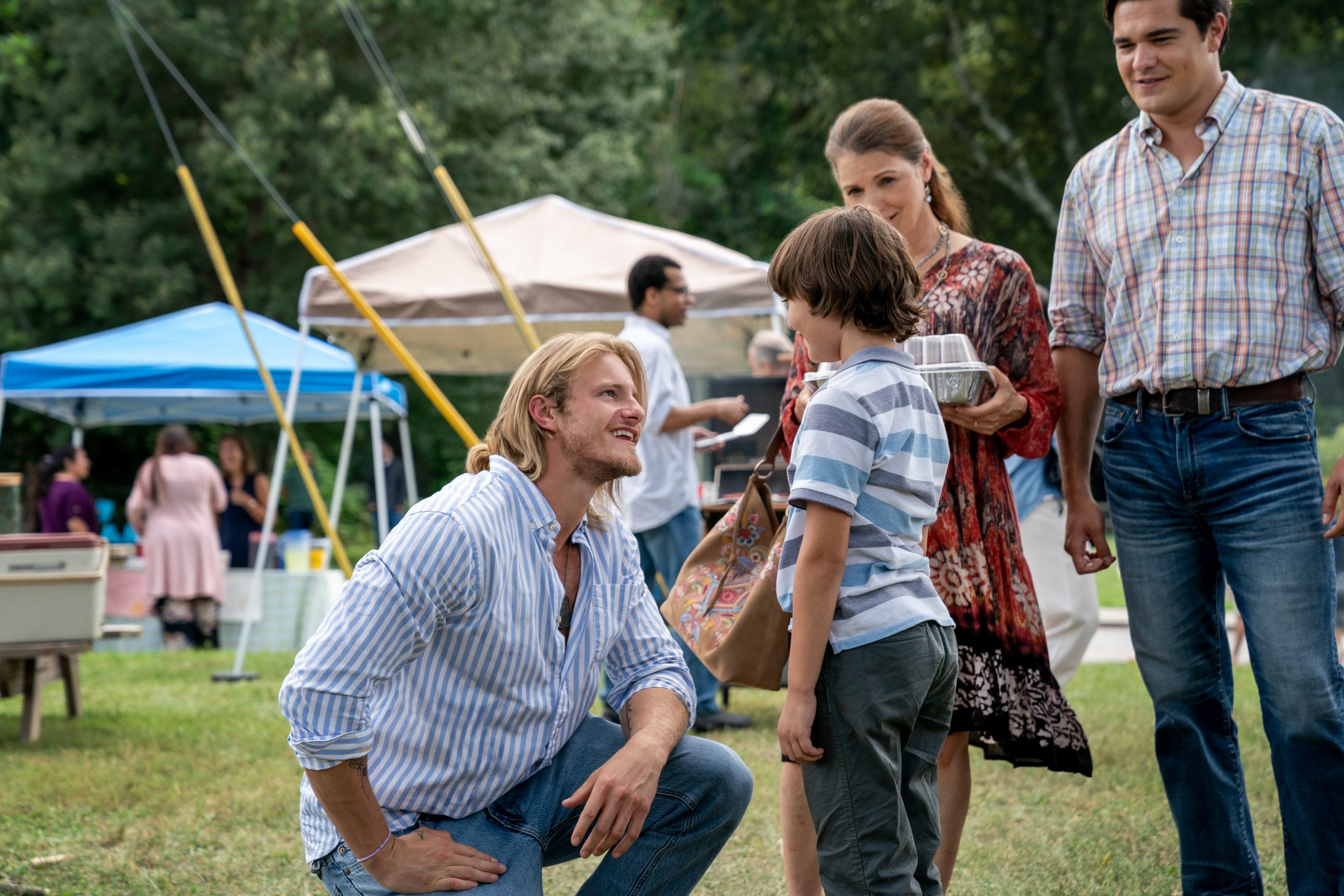 Stephen are you still doing the Salmon Ladder in your wrestling training and Alex did he get you doing the same?
Stephen Amell: I’m not doing it in my wrestling training, but we did do a bunch of resistance chin-ups, which is kind of the same thing. They build up a beautiful gym and we’ll see if we can add the Salmon Ladder for Season 2. I’m a 100 per cent confident I can get Alexander doing it in five minutes.
Alexander Ludwig: But we did do a hell lot of training for this before we started shooting. We trained a lot with pro-wrestlers in the gym and in the ring. I haven’t done the Salmon Ladder yet, that’s for sure, but there are a lot of other things that we’ve experienced.

Stephen did you get tips from pro-wrestling executives or writers?
Stephen Amell: I watched Cody Rhodes (American professional wrestler, promoter, actor) do this with All Elite Wrestling (AEW) in which I wrestled in September 2018. It’s the biggest independent wrestling show ever, so I watched Cody do this and prior to Covid-19, I was actually going to go on the road with AEW and just watch him promote stuff. So I really thought about that because you have to be responsible for so many things and be responsible for the script. In the show, you have to be with every wrestler and make sure they’re in the right head space, feeling good about what they have in front of them. So, yes I was incredibly fortunate to have Cody with me. And to be friends with him because outside of like Triple H or few more names, I can’t think of anyone that would be more knowledgeable and a better guy to lean on. And I’m really fortunate because I basically got to play the version of a very good friend of mine on the screen.

The trailer of Malayalam comedy #HOME is all things endearing