Multi-platinum rapper DIVINE a.k.a. Vivian Fernandes has been riding the hip hop wave all through the pandemic last year on the back of the successful release of his sophomore album Punya Paap via hip-hop titan Nas and Universal Music’s new glocal label Mass Appeal India and Indian hip-hop conglomerate Gully Gang Entertainment, which has garnered a robust 500 million cumulative streams, as well as acquired for him the plum pedigree of being the first Indian rapper to feature on the Times Square Billboard in New York.

Despite all the rap ascendancy that was unleashed during the release of Punya Paap, 30-year-old DIVINE makes it clear that he’s not nearly done and his prolific streak continues. Breathing a fresh lease of life into Punya Paap the Indian rap prodigy has teamed up with award-winning American music video and film director Gil Green for the music video of his break-free celebratory track ‘Rider’ feat multi-lingual Indian American singer-songwriter Lisa Mishra from his last released 11-track album. 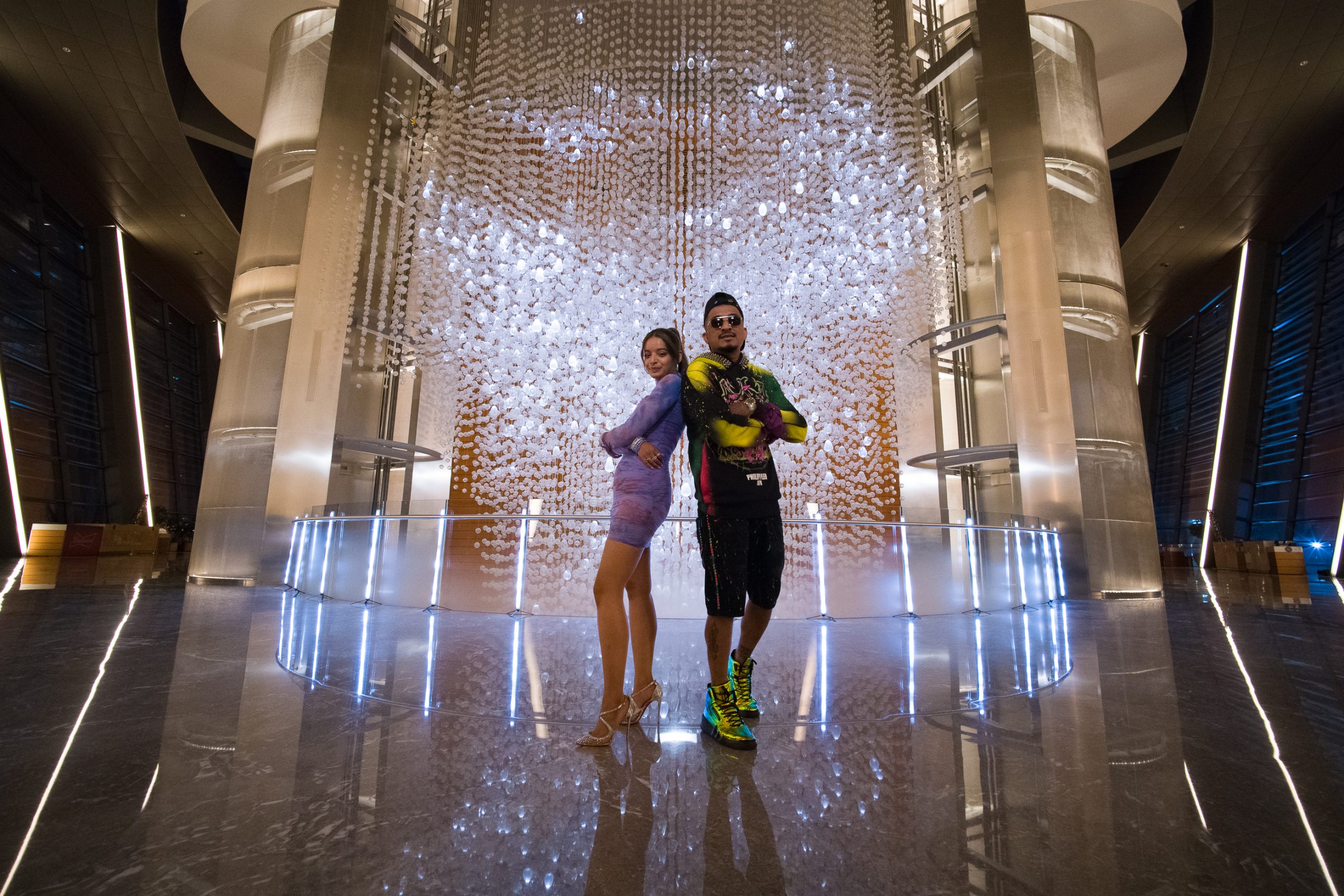 Produced by promising part-time beatsmith Kanch aka Unmesh Walwatkar and ace producer Stunnah Beatz, ‘Rider’ narrates a quotidian tale of conquering hardships and shortcomings through hustle and hard work which is neatly embroidered around the ethos of human relationships presented though the track’s smooth word play and icy lyrics jointly written by Shah Rule, DIVINE and Lisa Mishra

The music video which was scrupulously shot in ever evolving, ever captivating city of Dubai in association with media platform Sole captures the exceptional artistic compatibility between DIVINE and Lisa Mishra.

Gil Green’s creative palette for this music video is inspired from the rousing juxtaposition and the stark realism surrounding DIVINE’s personal rags-to-riches tale and is conceptually depicted through a poignant love saga between a deprived dreamer (DIVINE) and an affluent boss woman (Lisa Mishra) that is punctuated due to the shackles of class and economics. Flip flopping from the grime gullies of the humble Mumbai slums into the jet setting modern milieu of Dubai, Gil Green presents the tale of struggle and success through recurrent transition shots, from a 10-year-old almost broke kid navigating his recycled go kart through crude shanties with his upscale love interest by his side, cut to 20 years later, the very same teenager cruising around in his high-powered sports car and treating his long-time love interest to a life of flamboyance and luxury. 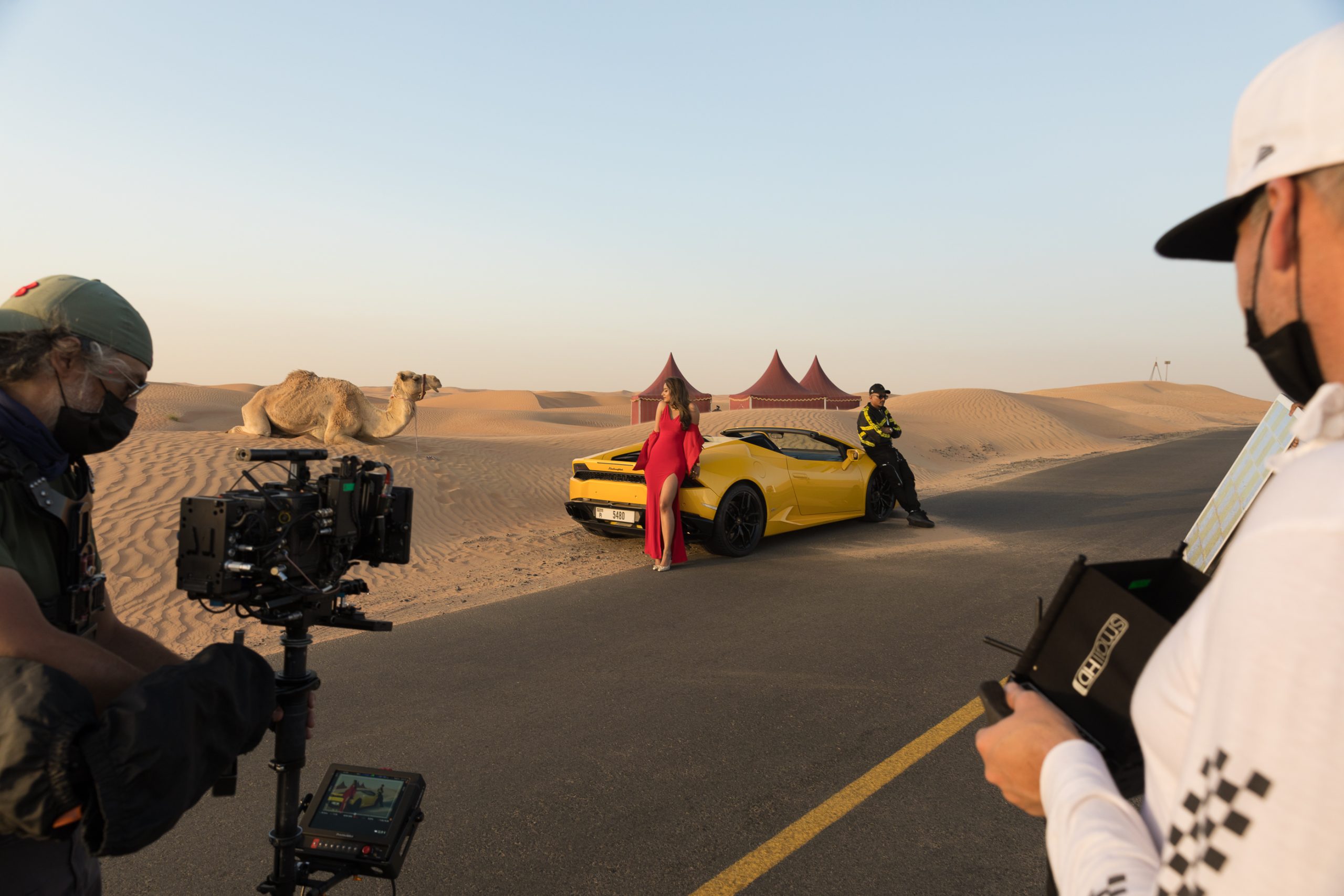 DIVINE states, “Rider is a song that is very close to my heart and I feel blessed to have worked with a legend like Gil and his entire team that fulfilled the vision I had for this music video. Lisa has been an amazing and a fun collaborator to work with, easy to see that her voice and personality together in the video shines right through. A huge shout out to Stunnah Beatz & Kanch for this soul hitting beat. It was an amazing experience to shoot in Dubai and the eclectic vibe added great visual depth to the track.”

Lisa Mishra states, “Last summer DIVINE made an Instagram post asking his fans who he should work with on his album. I thought I’d shoot my shot in the comments and see if I got lucky. And just like that, he messaged me that he had an idea and was going to send it over. When I got the scratch, his verse and the hook had been written and he left the second half empty for me. I loved the message of the song, about an independent woman who he’s so comfortable with it goes beyond just a relationship. I wrote the English with that in mind and he added the Hindi lyrics and melody for my portion. When we went in to record, I think the session was less than 45 minutes. It was just perfect from the start and such a great vibe with him and Stunnah. The audio sounds so effortless because it really was that smooth a process. With regards to the video, DIVINE told me he had a classic hip hop video in mind with a nod to his come-up. Dubai was a perfect backdrop for that dream and we had the incredible Gil Green and the Sole crew who were so great that I would repeat the process twenty more times if it meant working with all of them again. I think in the end the video perfectly captured two dreamers and their hustle, and hopefully the audiences resonate with that.”

Gil Green states, “I want to send a big shout out to DIVINE and the Gully Gang for collaborating with me on this video. Being a part of DIVINE’s massive influence in India’s hip hop movement is something special to me. The art form is truly universal, and DIVINE continues to push the hip hop boundaries with his music, lyrics, style, and presence.”

Riding on the success of his critically acclaimed debut album ‘Kohinoor,’ the rap royalty fiercely returned in prime form for the slickly-produced 11-track ‘Punya Paap’ in 2020, a showcase that voyaged across the themes of virtue and sin and saw seamless collaborative integrations with ace Indian producers such as Stunnah Beatz aka Rajdeep Sinha, Karan Kanchan, Phenom aka Pinaki Rattan, Shah Rule amongst others.