The Hrithik Roshan and Saif Ali Khan remake of Vikram Vedha has increased anticipation amongst all. And now we have learned that the performers have started discussions with Radhika Apte to play an important role in this group drama.

“Apart from the two leaders, Vikram Vedha has an important legal background and the club is in talks with Radhika Apte about it. She is a complex character, with a wide range of dimensions – of a woman for a police officer (Saif Ali Khan) and a lawyer for a robber (Hrithik Roshan) the status quo, ”said a source close to the development, adding that the paperwork and other initiatives are expected to be implemented soon. 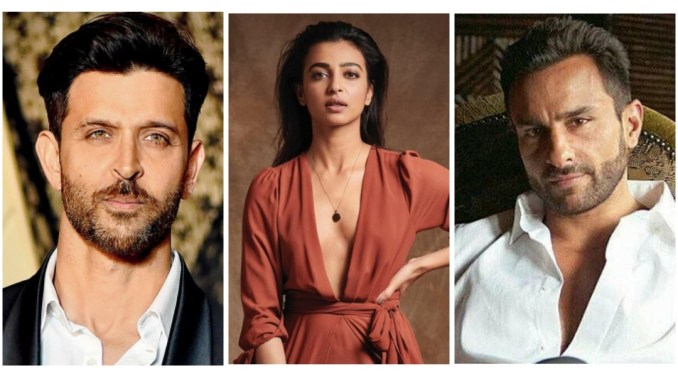 Pushkar and Gayatri make their directorial debut in Bollywood with this mafia drama, which is produced by Reliance Entertainment and by Neeraj Pandey. Manoj Muntashir to write the lyrics and dialogues, while Vishal and Shekhar will be composing the music.

As for Hrithik’s projects, we look forward to the Siddharth Anand-directed Fighter, starring Deepika Padukone, and the fourth instalment of Hrithik Roshan’s superhero franchise, Krrish. The buzz is that  he’s also talking to Hotstar about making his digital debut with The Night Manager and to Madhu Mantena about the Ramayana. Saif, on the other hand, is now filming Adipurush and will appear in the horror comedy Bhoot Police, which is set to release on Disney Plus Hotstar