The Supreme Court has passed its verdict today (August 19) and handed over the investigation of Sushant Singh Rajput’s mysterious death by suicide on June 14 to the CBI. Ordering for a CBI investigation into Sushant’s death case, the SC also directed the Maharashtra government to render all assistance. According to reports, SC said the Bihar government had the right to refer the Patna FIR lodged by Rajput’s father to CBI and that the FIR registered at Patna was correct.

Sushant’s sister Shweta Singh Kirti posted: “There we go!! Finally!! CBI for SSR!! #CBITakesOver.” The late actor’s former girlfriend Ankita Lokhande too is happy with the verdict and sees it like the first step towards justice. She tweeted, “Justice is the truth in action. Truth wins …. #1ststeptossrjustice.” 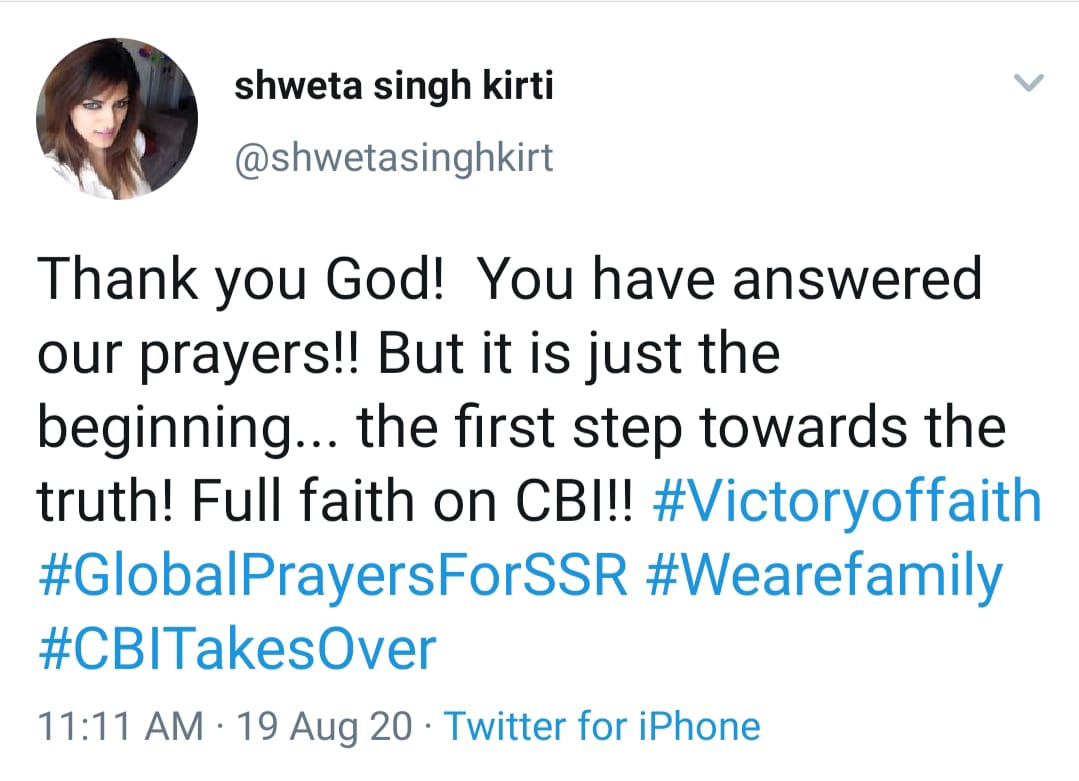 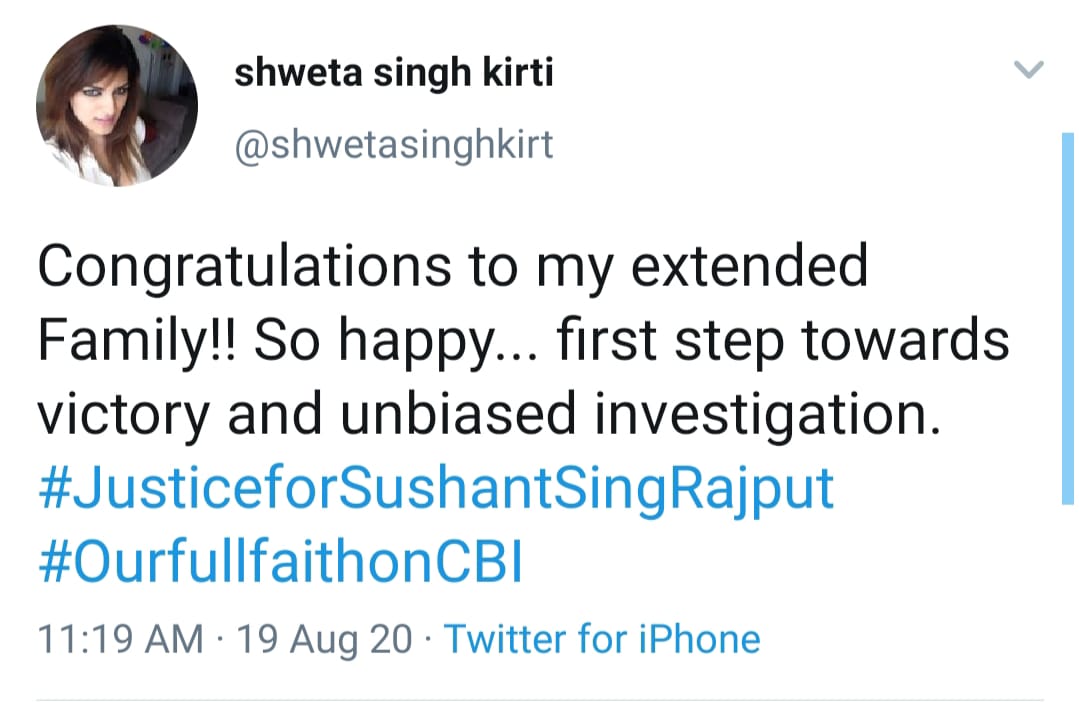 The verdict seems to have brought some relief to family, friends and fans, who have been relentlessly campaigning for a long time demanding CBI to take over his case. Many campaigns like #Justice4SSR, #Warriors4SSR, #CBIforSSR were doing the rounds on social media and the verdict is being looked upon as the first step towards justice. Following the SC order of a CBI probe into Sushant’s case, many celebs took to their social media to share their happiness. 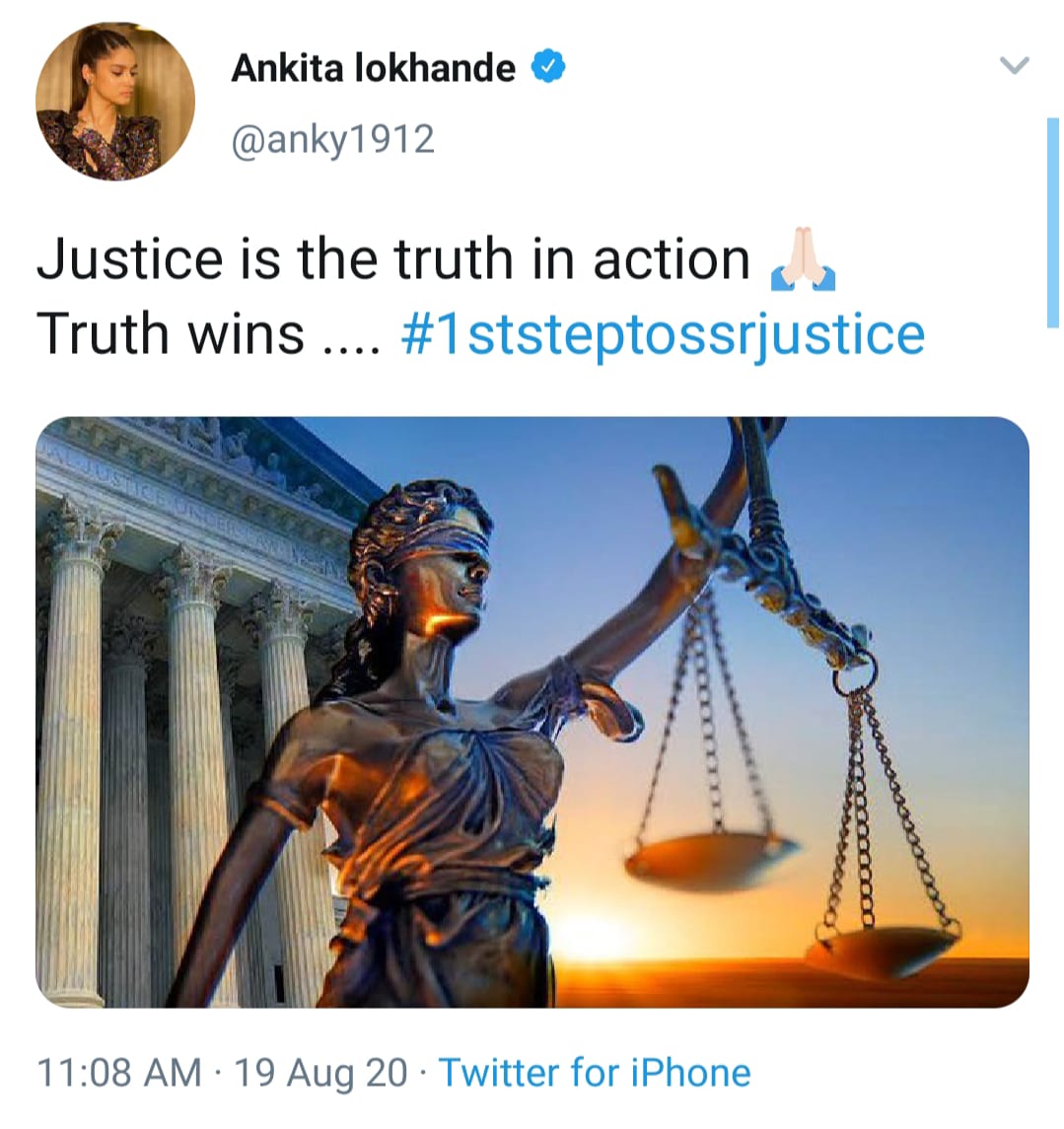 Sushant Singh Rajput, 34, was found dead at his Bandra residence on June 14. Based on his father KK Singh’s complaint that Rhea Chakraborty was responsible for abetment of his son’s suicide, the Patna Police had registered an FIR against the actress on July 25. Rhea Chakraborty was also interrogated by the Enforcement Directorate (ED) to investigate a transfer of Rs 15 crore from Sushant’s bank account. The Central Bureau of Investigation had also registered a case against Rhea and three members of her family members.

Manushi Chillar bags her next film opposite Vicky Kaushal!

Ankita Lokhande to play the lead opposite Randeep Hooda in Swatantrya Veer Savarkar!