Sonam Kapoor Ahuja has wrapped up shooting for her upcoming film Blind, directed by Shome Makhija, in Scotland. The Veere Di Wedding actress began shooting for the movie in December in Glasgow and has completed shooting in 39 days despite the restrictions placed due to the pandemic.

Sonam is essaying the lead role as she explores the new genre with this film. Blind is an action thriller centering around the story of a blind police officer in pursuit of a serial killer. The Hindi remake of the Korean film of the same name is bound to keep audiences at the edge of their seats. 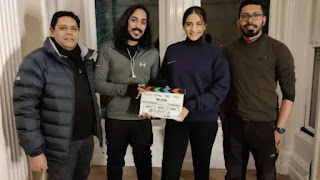 Arvind Swami returns to Malayalam cinema after 25 years with Ottu