The Telugu remake of Hindi hit Andhadhun went on the floors on Sunday in Dubai. Actors Nithiin and Nabha Natesh, who play the lead roles, have joined the sets  Nithiin will reprise Ayushmann Khurrana’s role as the blind musician who gets embroiled in a murder mystery. Nabha Natesh will play Radhika Apte role’s while Tamannaah Bhatia will step into the shoes of the character essayed by Tabu.

As per a recent statement by the makers, Tamannaah is thrilled to take up a role with negative shades. The rest of the cast will be finalised and announced soon. 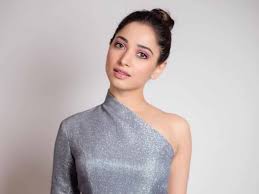 Nithiin also has Rang De and a yet-untitled film with filmmaker Chandrasekhar Yeleti in the pipeline. Rang De, which also stars Keerthy Suresh, is likely to skip theatres and release on an OTT platform soon. Veteran lensman PC Sreeram has been roped in to crank the camera.

The original Hindi film Andhadhun, which won several award, is a black comedy crime thriller directed by Sriram Raghavan, with Ayushmann playing a piano player who pretends to be blind and whose life is thrown in a tizzy when he becomes witness to the murder of an aged film actor by the latter’s wife and her lover.

The Telugu version is being directed by Merlapaka Gandhi.