Abhishek Bachchan’s much-awaited Bob Biswas is all set to premiere on the OTT platform, ZEE5 on 3rd December. Directed by Diya Annapurna Ghosh, the crime-drama is produced by Gauri Khan, Sujoy Ghosh and Gaurav Verma. The film is a Boundscript production presented by Red Chillies Entertainment.

The ZEE5 Original film is a crime-drama set against the backdrop of a love story, showcasing the dual life led by contract killer, Bob Biswas. The film which was shot in Kolkata, also stars Chitrangda Singh.

Debutant director Diya Annapurna Ghosh says, “I have had the most fantastic experience designing Bob Biswas, a crime-drama that has a love-story in its essence. This film came to me in 2020 which was one of the most difficult times in all of our lives. I was blessed with a fabulous set of actors like Abhishek and Chitrangda amongst others who have given it their all. With the support of my whole crew, Red Chillies Entertainment and Boundscript, we culminated amidst all odds to make Bob Biswas happen and I’m very grateful to them.” 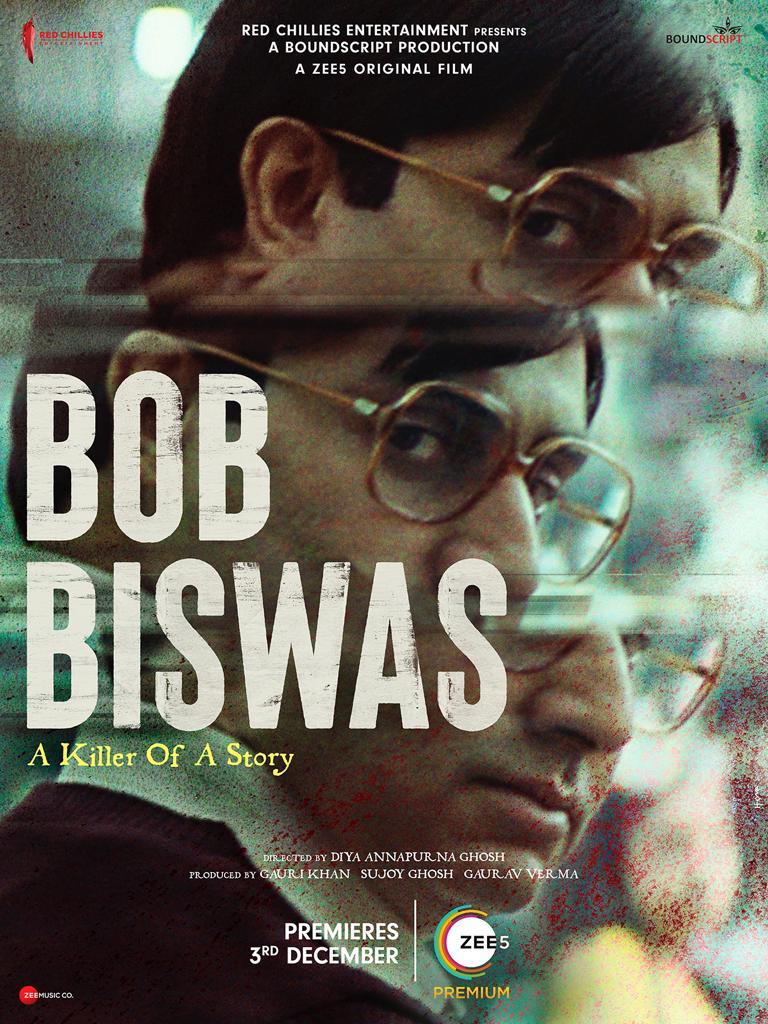 Manish Kalra, Chief Business Officer, ZEE5 India shared , “In our endeavour to collaborate with incredible storytellers and present content that strikes a chord, we are happy to bring forth a spin-off of a popular and audience favourite character, ‘Bob Biwas’ in collaboration with Red Chillies Entertainment and Sujoy Ghosh. We are sure that Abhishek’s unique portrayal of the character will capture people’s imagination and will stay with them.”

Gaurav Verma, Producer and COO Red Chillies Entertainment added, “We endeavour to tell engaging stories across all platforms and back fresh talent; Bob Biswas is another step in that direction. It’s a unique film, a character spin-off, something we have never attempted before. It was exciting to work with Diya, who has transformed into a director with a lot of promise in her very first film. Together with producing partner Sujoy Ghosh, we are excited to bring Bob Biswas to the viewers through ZEE5.”

Sujoy Ghosh from Boundscript, co-producer and writer said, “This is a new Bob Biswas, he is like any of us. In life we all have various roles to play, whether as a parent, spouse or a friend and in each role we are equally responsible and accountable. This is the world of Bob, where he is trying to cope with each role as his life unfolds before him. Creating this world and Bob was super exciting and having Abhishek onboard has made the film even cooler. I genuinely hope that the audience enjoys what they see.”

0
Aakanksha Naval-Shetye November 18, 2021
No Comments Yet