SS Rajamouli’s mega-budget film, RRR, with Jr NTR and Ram Charan features Alia Bhatt and Ajay Devgn in important roles. RRR comes after the humongous success of Rajamouli’s Baahubali 2: The Conclusion (2017). As per reports, Ajay’s character in the film is anything but ordinary. He is in the role of the mentor of the two leading men and that Ajay’s role in RRR could be similar to Kattappa from the Baahubali series. 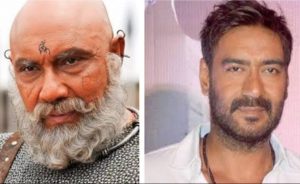 The shooting of RRR came to a halt in March due to the coronavirus pandemic. Amid the nationwide lockdown imposed by the government of India, the makers unveiled the film’s powerful motion poster and a teaser introducing Ram Charan’s character in the film.