The Telugu film industry has gripped and entertained Hindi-speaking viewers and the most recent movie to have done that extensively is Akhil Akkineni’s Mr. Majnu. The romantic comedy that released theatrically last year was uploaded on to YouTube in its Hindi-dubbed version by the popular channel, Goldmines Telefilms. Within just 29 days of being uploaded, the Akhil Akkineni-starrer became the fastest Hindi-dubbed South Indian film to have raked in 100 million views.

Starring Akhil and Nidhhi Agerwal and directed by Venky Atluri, Mr. Majnu is about a charming ladies’ man (played by Akhil), who is determined to win the love of a Miss goody-two-shoes (played by Nidhhi) despite the odds. Laced with comedy, drama, romance and great music, the actor’s outing is a thorough entertainer. Moreover, it captures Akhil in the prime of his charm as he emotes and dances to the T. It comes as no surprise then that his film has won the hearts of the Telugu and Hindi-speaking viewers. 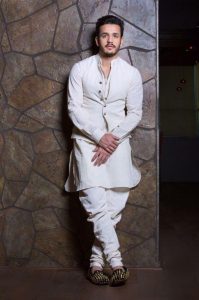 Only three films old, Akhil is one of the most promising stars, who has been touted to turn big time on the strength of his movies that continue to be a rage with the non-Telugu speaking viewers as well. Not only is Akhil a crowd-puller at the theatres, but he also commands a remarkable viewership on Indian television. Upon being telecasted, Mr. Majnu topped with the highest TRP rating in the week.

Akhil currently awaits the release of his upcoming film Most Eligible Bachelor, which is slated for the year 2021.

Ticket to Hollywood: Indiana Mehta in conversation with Manju Ramanan