Dubai, UAE – 29th July 2020: This August, OSN’s streaming app is bringing a host of content for every member of the family to enjoy. With binge-worthy series such as the highly anticipated ‘Lovecraft Country’ and a ‘Short-Films Collection’ featuring new and exclusive Arabic movies, to Oscar nominated movies such as ‘Star Wars: The Rise of Skywalker (Episode IX)’, a National Geographic documentary covering the UAE’s first mission into Space, ‘Reach for the Stars’ along with brand new same-day releases from Disney+ including ‘Phineas and Ferb the Movie: Candace Against the Universe’ – OSN promises content like no other this summer.

Also coming this August is ‘Playing with Fire’ starring John Cena, ‘Magic Camp’ and ‘The One and Only Ivan’ for Disney+ fans and the live-action remake and original classic, ‘Beauty and the Beast’.

Other movies coming to the network include ‘Ala Wadak’, ‘Al Kahf’, ‘Qarmat Beyitmarmat’ and ‘Khail Maata’. 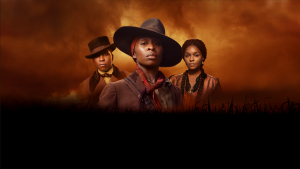 5 Closet trends in the Arab world