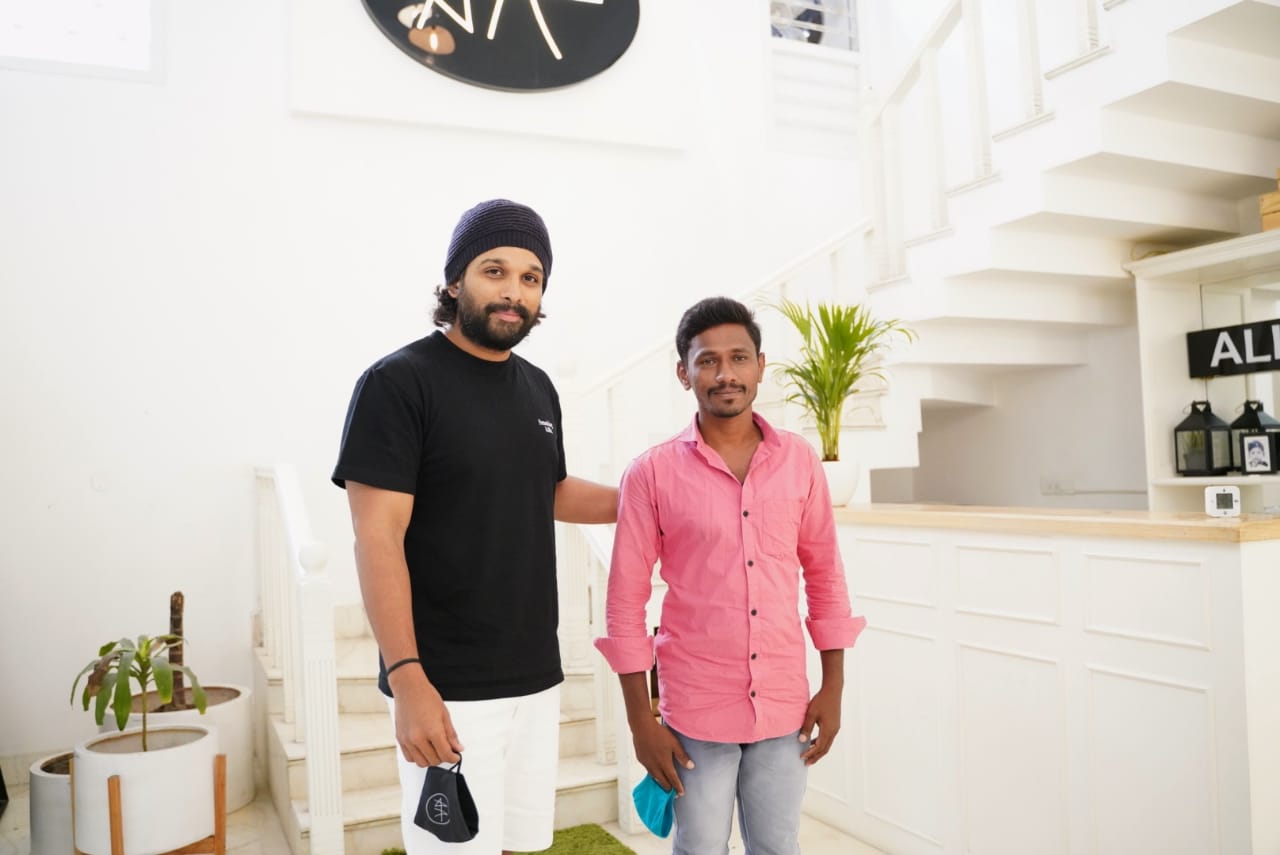 It was a dream, come true for an avid Allu Arjun fan when he finally met his favourite actor. What made the meeting so special was that the fan had walked for more than 200 kilometres from Macherla to Hyderabad for six days just to get a glimpse of the South star. The fan even carried a special placard for Allu. The actor who was moved by the gesture met the fan at his office and even presented him with a special potted plant after spending some quality time talking to him.

Meanwhile, Allu Arjun recently announced that work has commenced on ‘Allu Studio’ which is being constructed in memory of his late grandfather, the legendary Telugu actor Allu Ramalingiah. The actor is also looking forward to start shooting for his new film Pushpa which will be directed by Sukumar. The film will mark Allu’s entry into pan-India territory, as it’s slated to release in five languages.

Allu Arjun was last seen in the blockbuster Ala Vaikunthapuramlo that grossed over Rs 200 crore at the Box Office and also starred Pooja Hegde, Nivetha Pethuraj, and Tabu.

Another remake of Arjun Reddy and Kabir Singh!