Amitab Bachchan has begun shooting for Ajay Devgn’s Mayday and the phenomenal actor recently took to social media to share a few BTS sets. The actor however is nostalgic, remembering the time he shot a sequence for Deewar, his 1975 film at the same location. 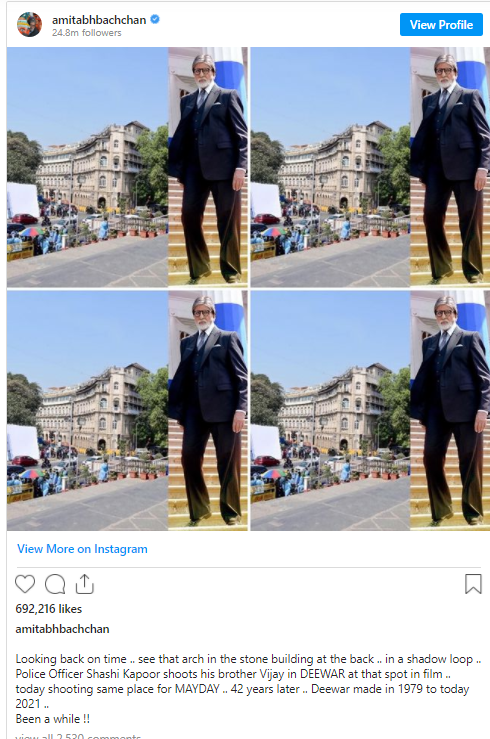 The post was captioned as, ”Looking back on time .. see that arch in the stone building at the back … in a shadow loop … Police Officer Shashi Kapoor shoots his brother Vijay in DEEWAR at that spot in film …today shooting the same place for MAYDAY … 42 years later … Deewar made in 1979 to today 2021 …Been a while”.

He also shared a still from Deewar along with a few pictures from the set. ”Deewar 1975 … Mayday 2021 … looking back in time … the same corridor … the same location … so many films shoots here of several films of mine … but today … this came up”, he wrote.