An actor, director, singer, writer, lyricist and so much more, Kamal Haasan turns 66 today! From his debut as a child artist in Kalathur Kannama in 1960, the actor has been ruling the screen and our hearts with his performances. A winner of several accolades including Filmfare Awards and Padma Shri, Kamal Haasan is one of the few actors to have completed 60 years in cinema. Continuing to amaze us with his performances, he will soon be back with Indian 2 in 2021. As we excitedly wait to see him back in his action element, let’s take a look at 10 of his most iconic performances. 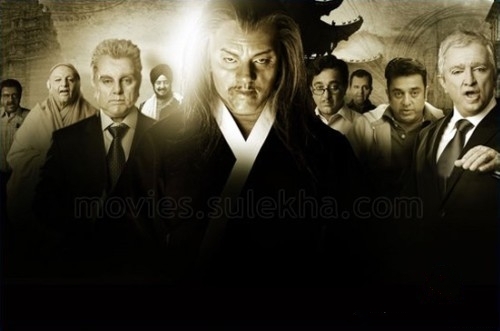 Kamal Haasan is responsible for the screenplay, story, and the phenomenal work that went into playing 10 characters by a single actor. From playing a 12th-century Vaishnavite, George W. Bush to an NRI bio-scientist,  Haasan nailed each one of these roles with extreme versatility. Dasavathaaram, which translates to 10 avatars is a cinematic masterpiece. 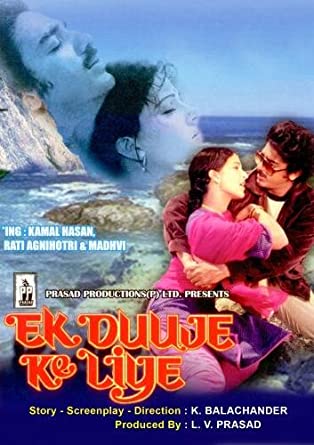 From language barriers, family honors, promises to misunderstandings, and heartbreaks, Ek Duuje Ke Liye has it all. Playing Vasu, a Tamilian man who doesn’t know much Hindi, but knows the promise of love and trust, Kamal Haasan won Sapna’s heart and ours too. From the movie, which received a National Film Award to the music by S. P. Balasubrahmanyam, Ek Duuje Ke Liye is a perfect love story that will leave you in tears when it ends. In fact, two songs from the movie were sampled to be the musical hook for Britney Spear’s Toxic. 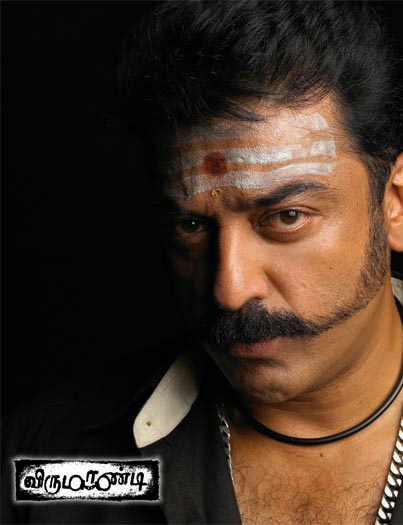 This Tamil action-thriller written and produced by Kamal Haasan, conveys a thought-provoking scenario that ethically questions the death penalty. Based on the Rashomaan effect, an effect that that entails the unreliability of eye-witnesses, Virumaandi is a convict on death row, who finally gets to tell his side of the story. Invoking thought, empathy, and emotion in its audience, Virumaandi is an emotional movie that tugs at your heartstrings. 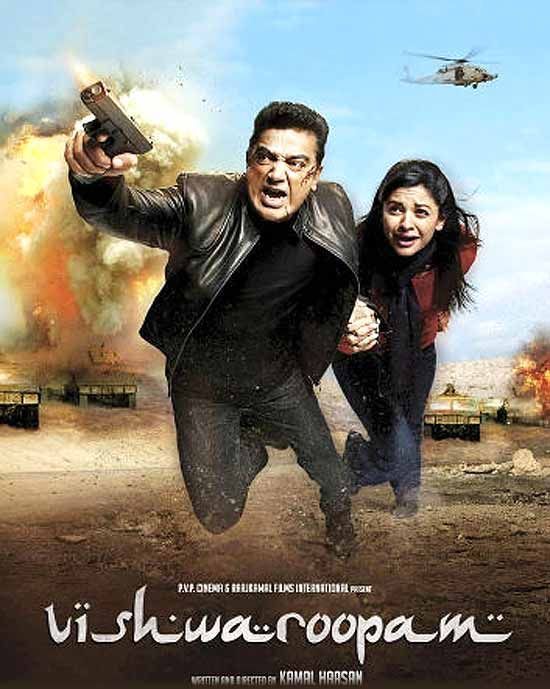 The spy-thriller movie shows Kamal Haasan in a layered personality full of secrets and questions of allegiance and loyalty. From the beginning to the end, Vishwaroopam keeps you at the edge of your seat with every reveal and plot twist. The beginning of a series which ended with a sequel in 2018, Vishwaroop is the ideal watch for a mystery filled evening. 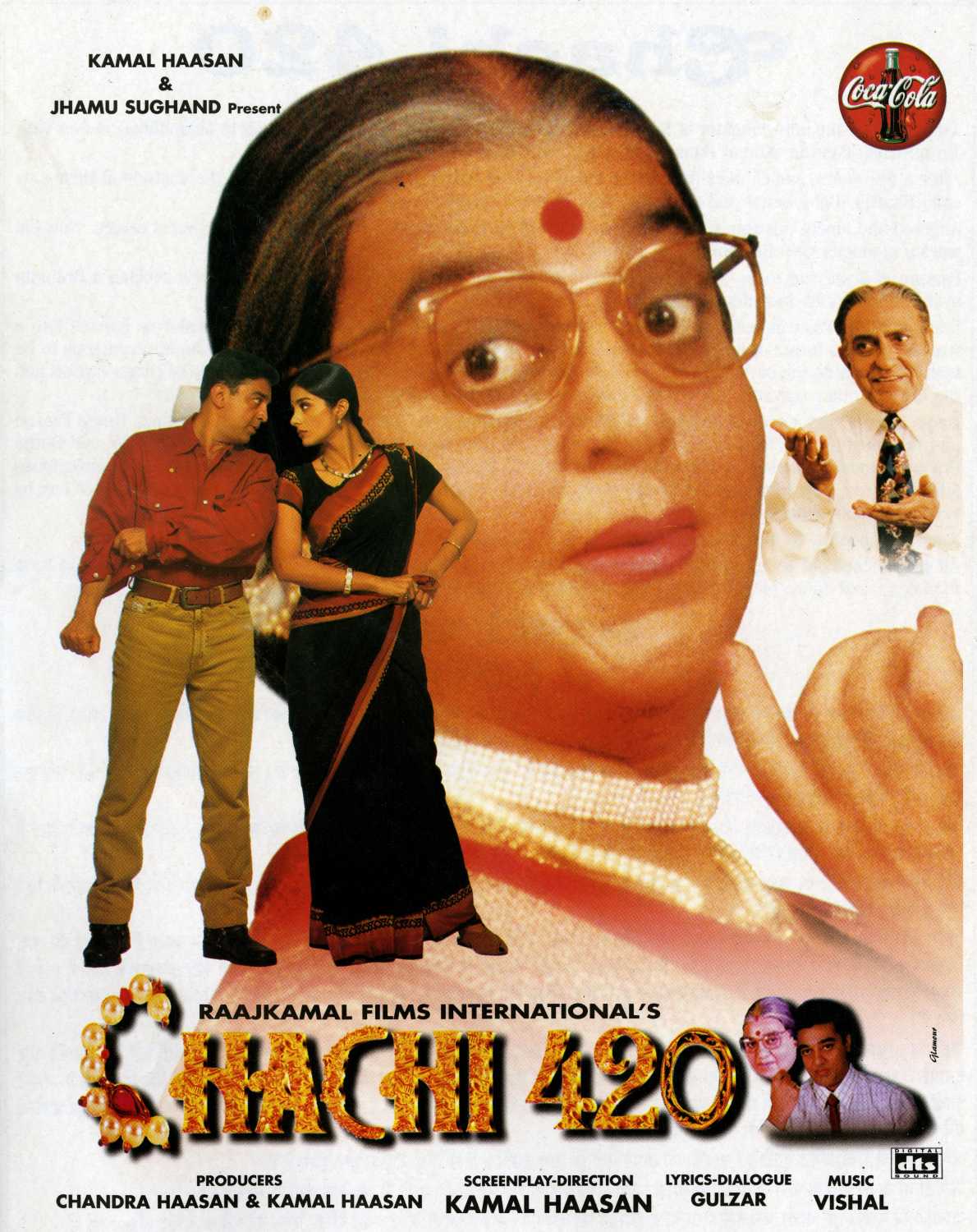 Playing a witty nanny and a protective father, Kamal Haasan nails both the roles in this Hindi-comedy. His chemistry with Tabu and his daughter, played by Fatima Sana Shaikh, along with the hilarious situational comedy by Paresh Rawal and the whole cast, makes Chachi 420 a laugh riot to watch. 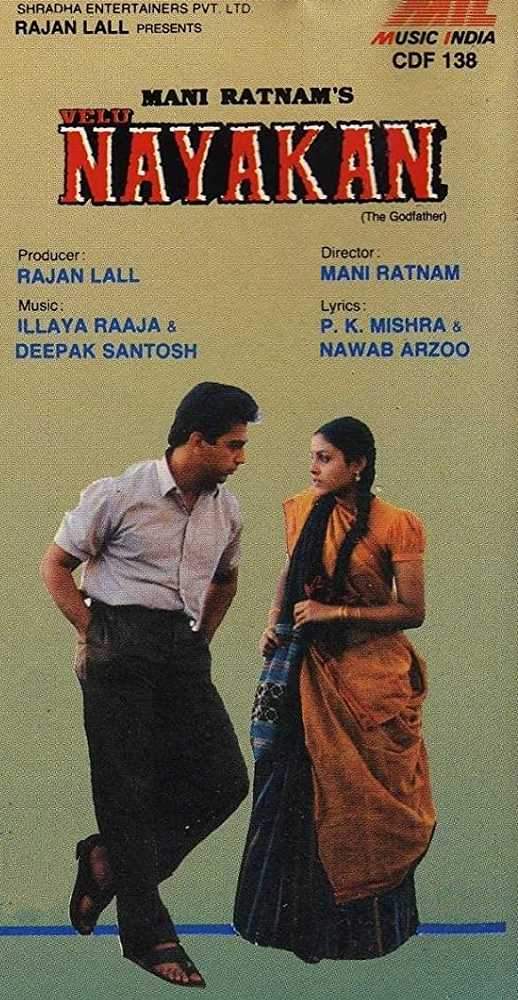 With Mani Ratnam’s genius and Kamal Haasan’s beautiful performance, Nayakan tells the story of the grey line between right and wrong, good and bad, that we all struggle to walk. Haasan plays Velu, a man shaped by the injustices of his life, who uses it as fuel to do better. Nayakan helps you empathize with the difficult nature of life and the many complications that come with it. 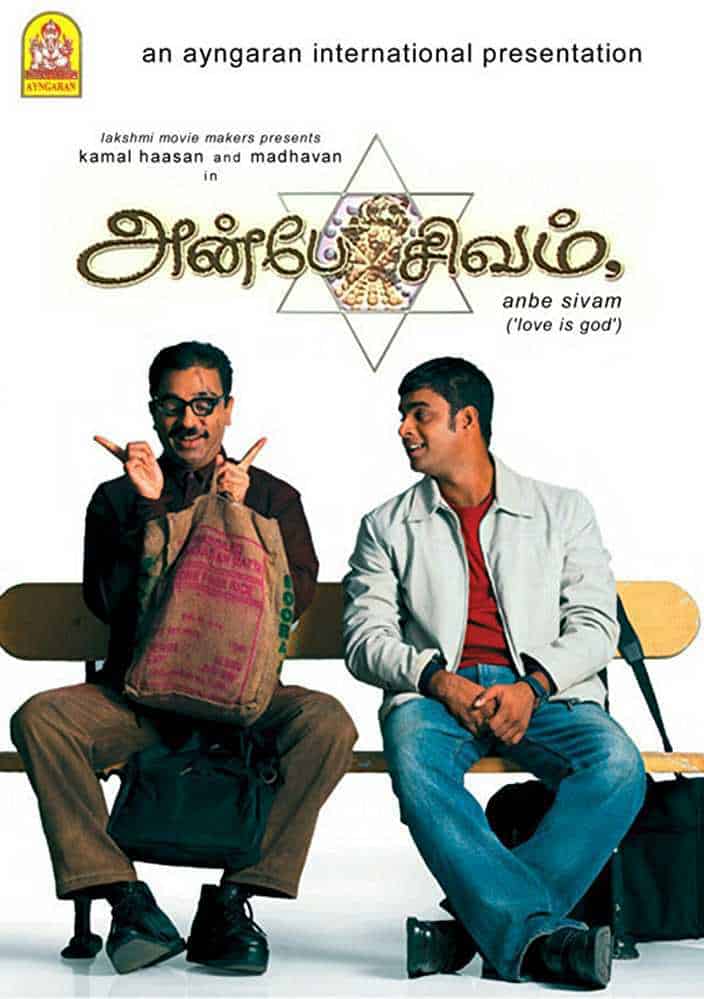 With Madhavan and Kamal Haasan in the lead, Anbe Sivam, a comedy movie takes on several messages of kindness, helpfulness, and generosity in the name of love. The Tamil comedy that had the audience in love with Haasan and Madhavan’s enemy to friends storyline and banter, won a Special Jury Award at the 51st Filmfare Awards. 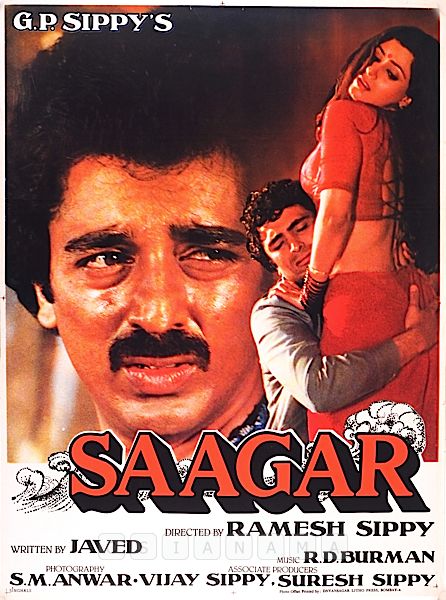 A winner of 4 Filmfare Awards, Saagar is a movie by Ramesh Sippy and Javed Akhtar. Saagar tells the story of finding love in odd places and fighting for it against all odds. Starring Kamal Haasan, Rishi Kapoor, and Dimple Kapadia, the movie is a heartfelt romantic piece that is perfect for a night in with your partner. 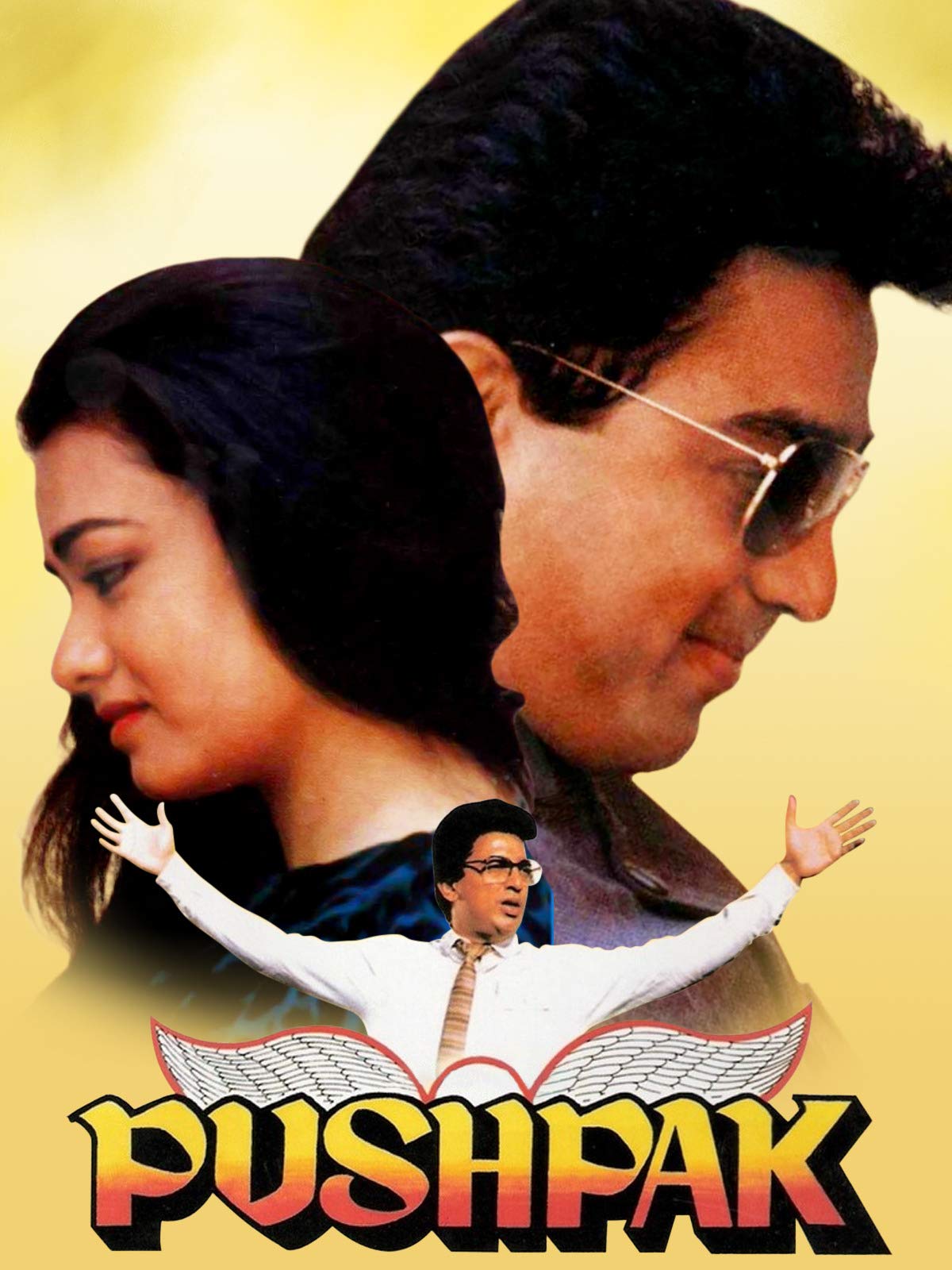 What happens when an unemployed graduate steals the identity of a millionaire? Well, hopefully, life would change for the better for the unemployed graduate. But that isn’t the case in this 1987 comedy starring Kamal Haasan, where a hitman is now ready to kill him believing him to be the real millionaire! From hilarious misunderstandings to comical punchlines and acting, Pushpaka Vimana is a fun watch. 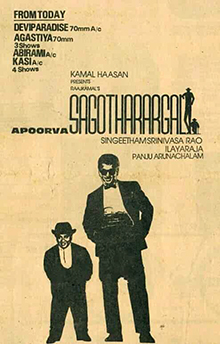 This Tamil masala movie tells the story of two twins separated at birth only to find each other again in the weirdest of circumstances! Kamal Haasan, not in a double role but a triple role plays the part of a righteous police officer, a mechanic, and his dwarf twin flawlessly. It won the Filmfare Award for Best Film – Tamil in 1989 Filmfare Awards.