Mumbai rapper DIVINE a.k.a. Vivian Fernandes’ ascent has been no ordinary chronicle. From gully-based productions to debuting his album with Mass Appeal India to launching his own label and entertainment conglomerate Gully Gang Entertainment to being the first Indian rapper’ to be featured on Spotify Times Square Billboard in New York City, the rapper continues to be in a musical league all his own, imprinting hip-hop in the cultural consciousness of India! 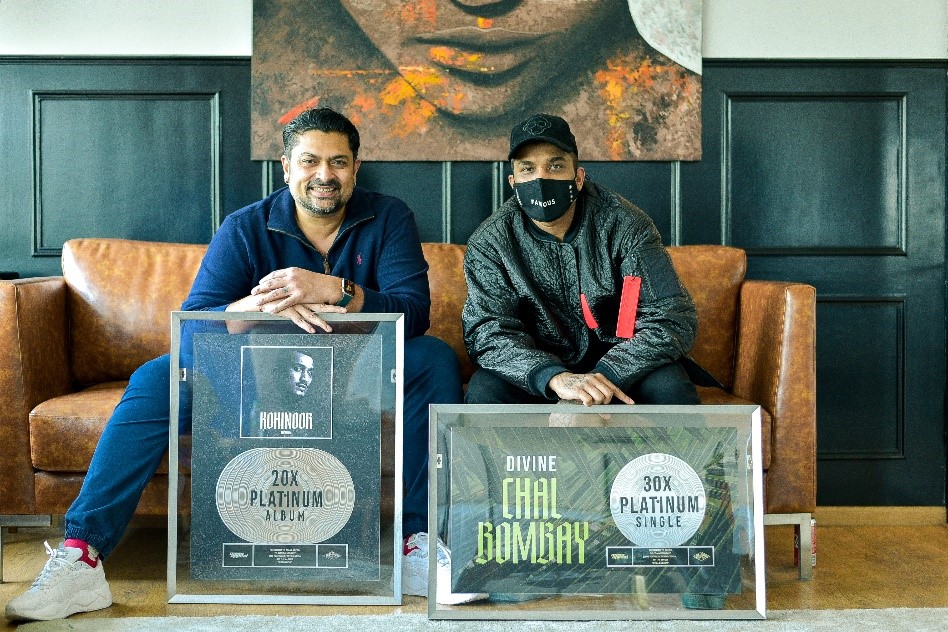 The music superstar is adding yet another history-making feat to his roster, as DIVINE’s debut album, Kohinoor has been certified 20-times platinum whilst the reggaeton-infused single Chal Bombay from the very same album has gone 30-times platinum as of March 2021.

The 2019 released album introduced with the hip-hop pioneer to the world whilst fronting the ever-evolving hip-hop movement of India. Regarded as one of the most highly anticipated releases of 2019, the eight-track critically acclaimed album released on Mass Appeal India in partnership with Gully Gang; featured hip-hop elite like Grammy Award-winning ill Wayno and New York rapper Dave East to old-time collaborators Phenom aka Pinaki Rattan and Gully Gang associates like Shah Rule, Aavrutti and D’Evil, and Carnatic singer and songwriter Sid Sriram.

In recognition of his ever-evolving artistry, Devraj Sanyal, MD & CEO, Universal Music Group, India and South Asia handed over the plaques to DIVINE for his album ‘Kohinoor’ and single ‘Chal Bombay’ at the Universal Music India office.

DIVINE states, “Kohinoor has been one of my most personal projects till date as it allowed me the opportunity to express myself authentically and narrate my story to the world unwaveringly. It truly feels special to be recognised and appreciated for something that holds so much meaning and value for me. Onwards and upwards, world domination is the goal!”