‘Filters belong to Instagram and snapchat!’ That’s our January Digital Cover Star Daisy Shah. Brutally honest and upfront, the Bollywood stunner has no filters and believes in saying things as they are. In a candid chat with Aakanksha Naval-Shetye, the Beauty with a Cause talks about her plans for an animal rescue shelter, tells us about being a die-hard romantic and reveals about recording her first song as a singer! 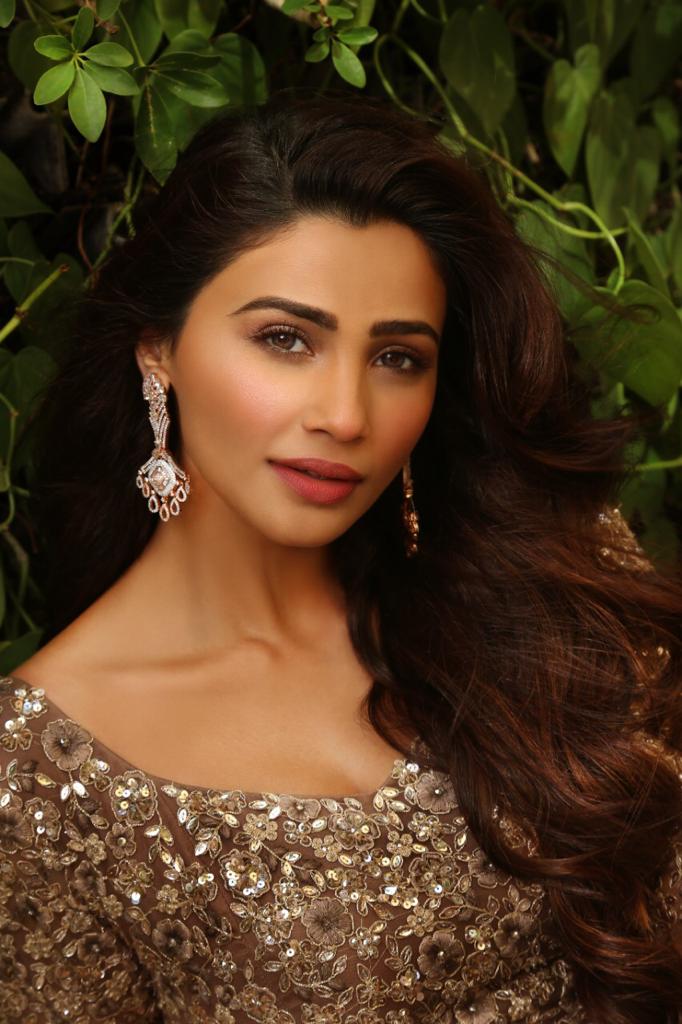 In Dubai for the Filmfare Middle East Achievers Night 2021, where she has been honoured with the Beauty With a Cause, I catch up with Daisy at her hotel room. Casually dressed, sans make-up too she looks like a million bucks. Disciplined and a thorough professional, I’ve seen that side of her whenever we’ve bumped into each either on sets back home in Mumbai and that’s not changed over the years. What’s also not changed is her vibrant and positive approach to life, her passion for work and her attitude of that no-nonsense person. But those who know her will agree when I say that below that disciplined, tough-as-a-cookie exterior is a gentle hearted girl who’s not afraid to call a spade a spade. “My honesty does get misconstrued as being rude, but I don’t believe in sugar-coating what I have to say,” she admits, as we settle in for our tete-a-tete and I gear up for her endearing and honest revelations including that of her love life and also turning singer. Excerpts:

From being an assistant choreographer to being such a popular star… Has it been a dream come true for you?
To be honest, I never dreamt of being an actor. I just kept on doing the things that came my way and whatever I did, I gave my 100 per cent to it and I think that’s all that there is in our hands. To give our best no matter what you do. And by God’s grace I am here where I am today. But I just believe that whatever comes your way aap usmein shiddat se kaam karo. And you will reach where ever you are meant to. 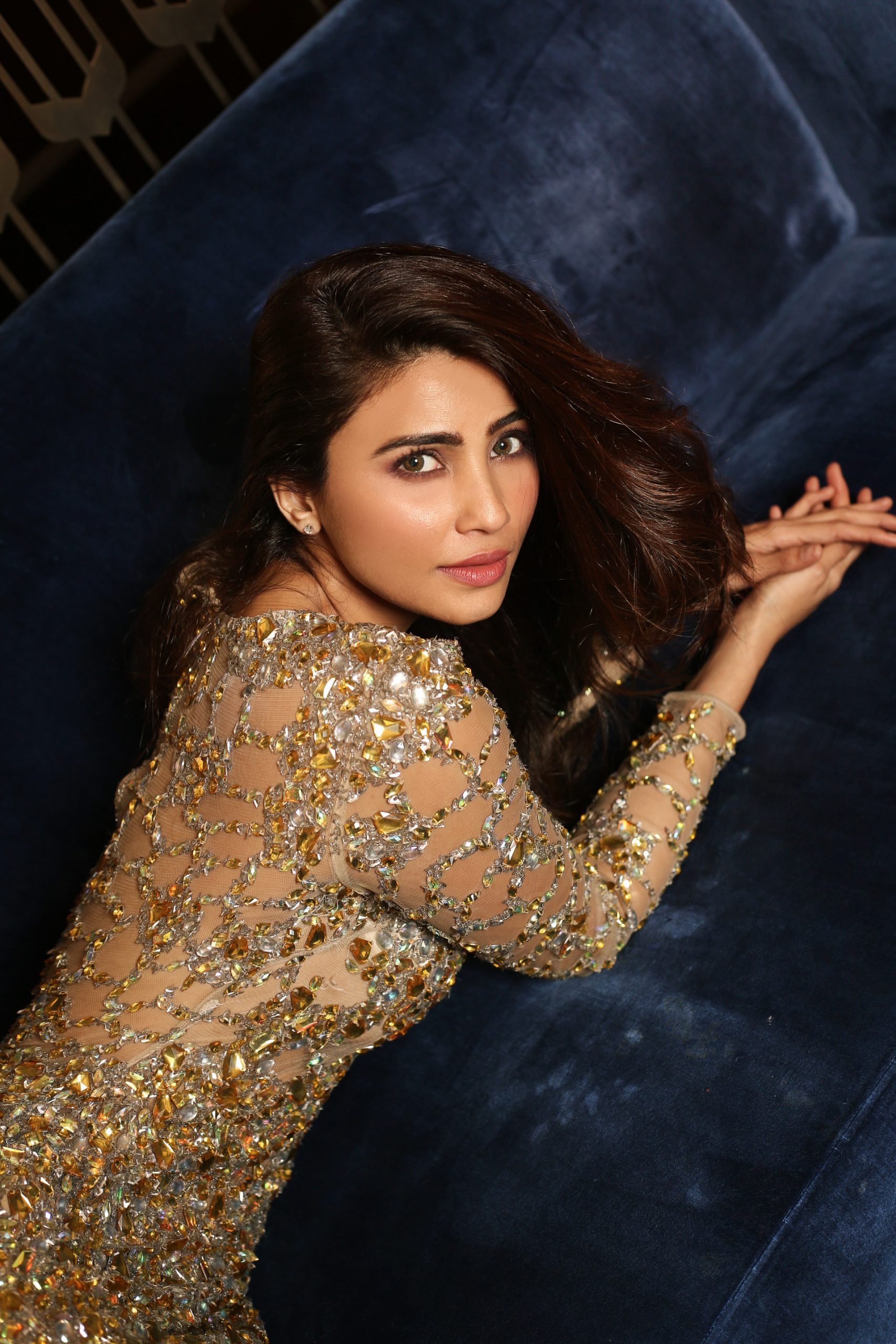 Are there things that you learned the hard way…
I would say I learned things the right way, not the hard way. See, nothing comes easy and what comes easy is not worth having, so I’m glad that I had that struggle in my life to reach where I am today. I’m glad that I worked behind the camera, so today when I work in front of it, I do understand the kind of hardships that the technicians go through and better understand the process of filmmaking. So I try my best to never waste time and not throw tantrums because I know the team efforts that go into making a film reach the audience!

How is the star Daisy different from the Daisy who had just entered Bollywood?
I never think of myself as a star and I say it in a good way because I’ve never forgotten my roots or where I’ve come from. It also keeps me grounded and for me everybody is an equal – from the spot boy to cameraman to my co-actor or even a superstar. I still look at a person and not the label that’s been attached to them. I am what I am and there are no filters in what I say or have to say. Filters belong to Instagram and snapchat. I believe in keeping them there were they belong.

What’s the lesson you hold dear?
So the biggest lesson I have learnt in life is that I have always made the mistake of putting people before me. I’ve always put their wants before me and taken the backseat when it comes to my needs. Like being the provider that I’ve always been in my life, in the process I forgot to provide for myself. So today I’m in that phase of my life where I’m providing for myself and I’m loving myself. I’ve also learnt that in the process of loving yourself you start loving others too.

Do you miss the old you?
I don’t miss the old me at all. That old Daisy is what has made me who I am today. Every step in my life has been a learning lesson, everything I’ve been through in my life be it the problems or the amazing moments, it’s just shaped me in to the person I am today.

What draws you to a project.?
Well a character has to resonate with the real me in some way, so if I have to say a Jai Ho, the girl like me was a Gujarati. In Hate Story 3, Kaya like me placed others needs before her, so that was me. In Race 3, Sanjana was what I am today. No filters, this is who I am.

“People think I’m being rude, but that’s how I am, I don’t sugar-coat things in life. I feel in the long run its more beneficial.”

Race 3 was a game-changer for you?
Yes, it was and most of the times you don’t get to see the actresses getting to do the hardcore action scenes and I was so thrilled to be able to those. So me and Jackie (Jacqueline Fernandez) really had fun doing that film.

So it is closer to the real you?
Yes, that’s what I am in real life. People think I’m being rude, but that’s how I am, I don’t sugar-coat things in life. I feel in the long run its more beneficial.

“Glamming up is okay for a red carpet… I know of people who deck up for 365 days, I’ll probably be happy doing it only for 65 days of the year.”

You don’t party often?
I’m not a film party person, but I love pajama parties any day. To be honest, I dread heels. I don’t like that. So dressing up is okay, but I prefer casual, simple dressing, minimal make up. Given a choice I’d be in my ribbed jeans, sneakers and ganji. Glamming up is okay for a red carpet… I know of people who deck up for 365 days, I’ll probably be happy doing it only for 65 days of the year. In fact, I welcomed that mask happily because it allowed us a breather and skip makeup (laughs).

Tell us about your upcoming projects?
I completed filming for Mystery of Tattoo, it’s a murder mystery, and its completely based in London and then there’s a web-series I’m in talks with and there are singles that I’ve shot for.

What about you turning singer?
I have recorded a song but I’ve not released it yet. We will do that soon. Till then, it’s my prized possession. 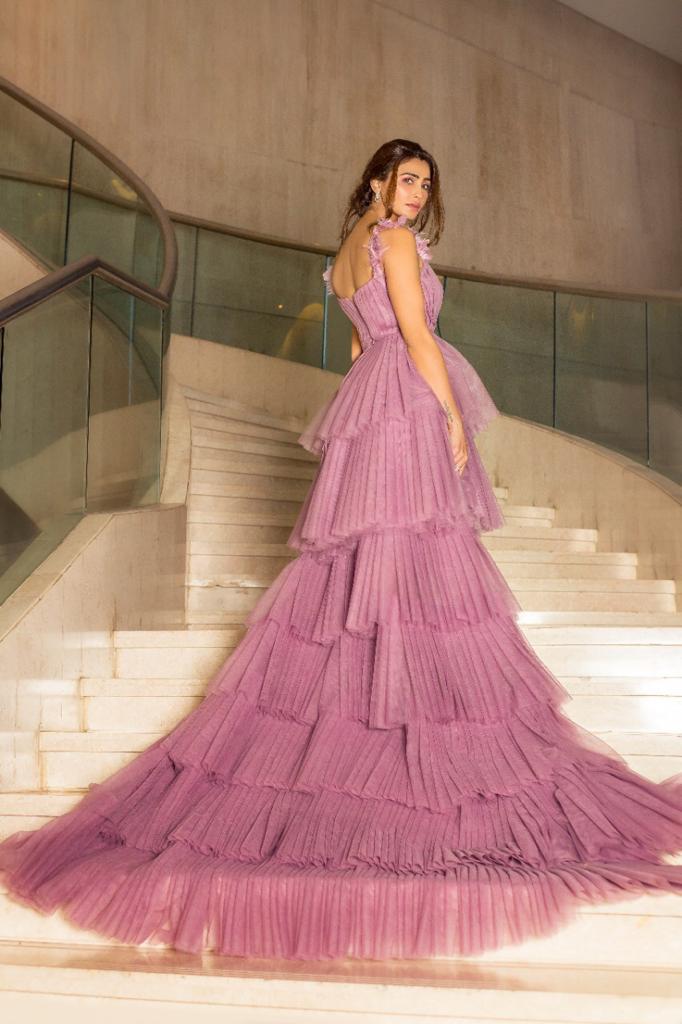 Any particular role you have in mind?
I would love to do a film on the lines of Dor that is so raw, and highlights the hardships women in small towns go through and then I’s love to do a role like a Tomb Raider! So, roles that show the strong and the softer side of women.

You’re also quite the animal-lover?
Yes, I’ve been with animals from my first breath as my dad was a big time animal lover and that’s how the love just came. So, there are a few things I have in mind, like I want to set up a rescue shelter, a rescue centre for animals. It’s a big project that I want to start on and it’s going to take a while but it should happen. So the basic thought of the project is to create a resort for the dogs of the rich and elite, where the earnings will go for the rescue shelter. So that’s a big project, I want to set it up like a legacy that will be carried forward by my nephews, or if I have kids then they will take it forward.

What’s happening on the personal front? Are you single or dating?
I have been single since donkey’s years now (laughs). It’s work and also I’ve not tried getting into a relationship, as right now I’m too focused into my work, I won’t be able to give my time or do justice to it.

What would you want in your partner?
I want someone who would understand my work and I’m not somebody who’s into PDA at all, So I need a guy who’s like a tick on all these boxes. Also I’m a die-hard romantic, so he ought to be in tandem with that. I’m a ghoda when it comes to romance! I’m a one-track mind when it comes to romance. I don’t see nobody, I only see the one I’m in love with!

Your Instagram reels are quite the rage!
Yes (laughs) Earlier it was for films, now we keep days for the social media.

What has success come to mean to you?
Work that leads to the next project… because if you are binding yourself to the success of your film then something will always be better than what you did and someone there will always be better than you… So I don’t live my life in that comparison. I stand my ground of who I am. And I’m very happy for whoever’s getting success out of whatever it is that they are doing. And if I’m not happy with their success, then I’m clearly not a good person. If I keep comparing myself with other actresses who are doing better than I’ll always be depressed. But if I look back at my journey, from being an assistant choreographer to where I have come, that’s success in itself. You need to track your own success in your own way. Comparison will always make you feel sad. That’s not the right way to live or a happy way to live.