From being a crazed teen in love with Bollywood star Salman Khan to becoming a woman of substance who now empowers other victims to fight their battles – a fighter and a survivor – Somy Ali has come a long way. In an exclusive chat with Aakanksha Naval-Shetye, the former actress talks about her journey from being a victim to finding her strength and helping others do the same as she finds her true calling! 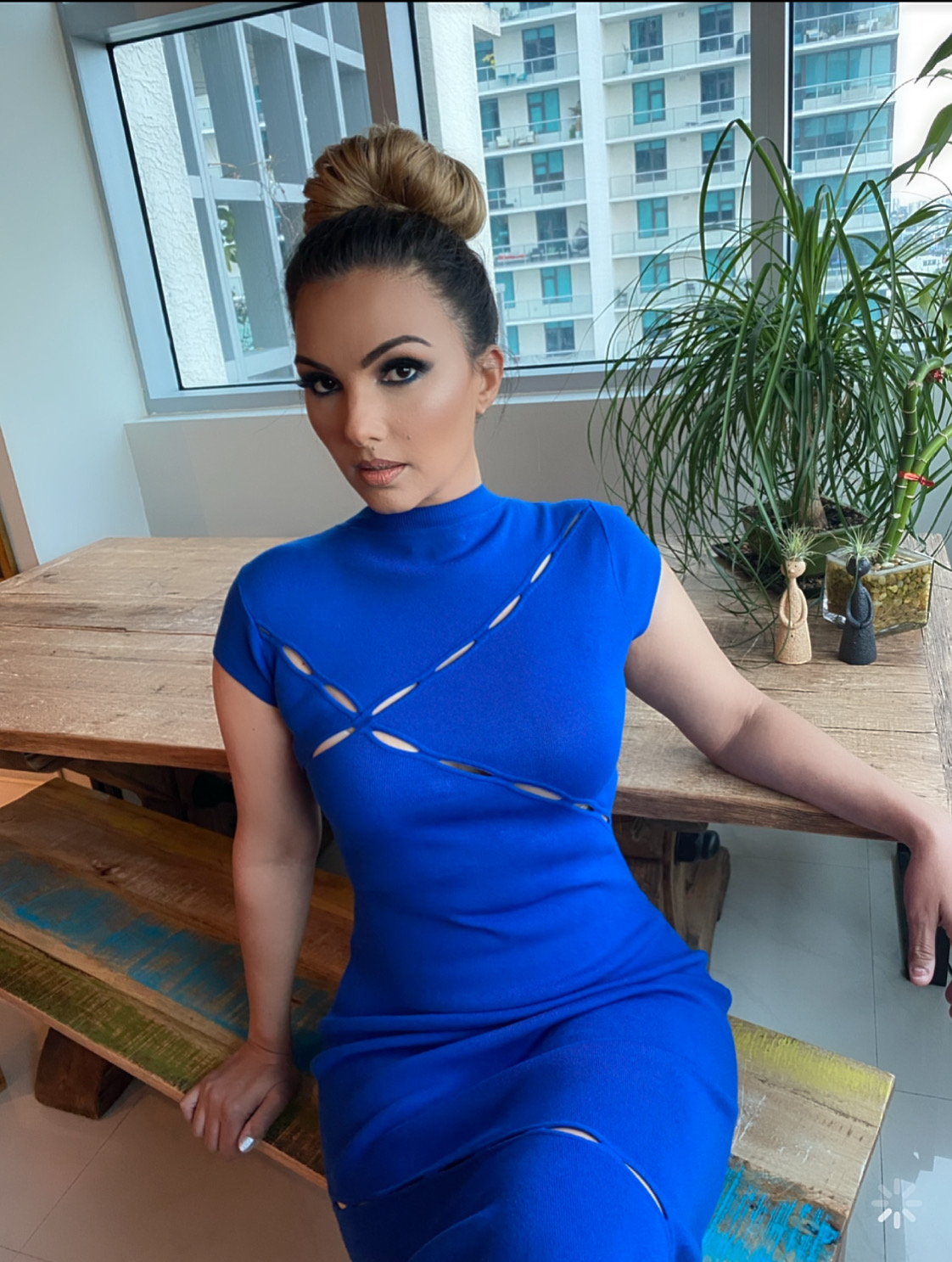 Somy Ali has no filters when it comes to talking. Speaking her mind and shooting it straight from the heart, she has no qualms in owning the mistakes she made as a youngster in love, has no bitterness either about the fairy tale romance ending like a nightmare! But from being a star-struck 16-year-old who left behind her home and came to Mumbai (1991) to meet her Bollywood crush Salman Khan to actually dating him. And then from enjoying a brief stint in films to giving it all up and returning back to the US (1999), Somy’s life has been nothing less than a script of a Bollywood movie, albeit an inspiring one. Currently the Miami-based former actress is running her own NGO No More Tears that she set up in 2007 to rescue and help victims of domestic violence or sexual abuse. Somy Ali radiates confidence and a fearless determination as we settle for a candid tete-a-tete where she talks about life lessons learnt and the dangers she faces daily in her line of work

You have come a long way from being this teen who left behind home and landed in Mumbai in search of love…
Well, at 16 I was a child, young, gullible, I had a silly crush… now in hindsight it sounds completely insane. But you know when you’re a kid, you have a license to do silly things, so it was unbelievable to have a crush and actually go there and meet the person and be in a relationship with him. It was a fairy tale! Of course the fairy tale ended badly, but it was fun too. I got to travel, meet some amazing people who I got to work with… Saif (Ali Khan), Suniel (Shetty)… So that was a different chapter in my life and now I’m in a different chapter of my life. So no regrets. We are all humans, we all make mistakes, but you learn from your mistakes. I was a misfit in the industry. I had no filter, still don’t have it, so I got in trouble a lot for that. But you learn from your mistakes and now it’s a completely different lifestyle.

“I’ve had threats, I’ve had abusers threaten me, I’ve been spat on in court by the abuser, been sent hate mails, had a gun held to my head…”

What did you learn from your experience in Bollywood?
What I learnt is that there are no purely good or purely bad people. When I was younger I had trouble understanding that, so I would always blame the other person. But I learned and evolved from that aspect to a place where I’m now where I believe that we are all grey and no one is completely perfect including myself.

Are you in touch with Salman Khan?
No I haven’t spoken to him in at least about five years now, but I did see his mom (Salma Khan) who I respect tremendously and who is one of the nicest people I have ever met in my life.

You were very close to her, right?
Yes, she’s wonderful. She’s literally all heart and love. You know I lived in their home and they treated me like their daughter and family, and they gave me a lot of love. I saw Salma aunty a few years ago in Miami and she told me about all the wonderful things that Salman has been doing through his Being Human Foundation and I commend him and I wish him the best and I wish him well and wherever he is, I hope he is happy and doing well. 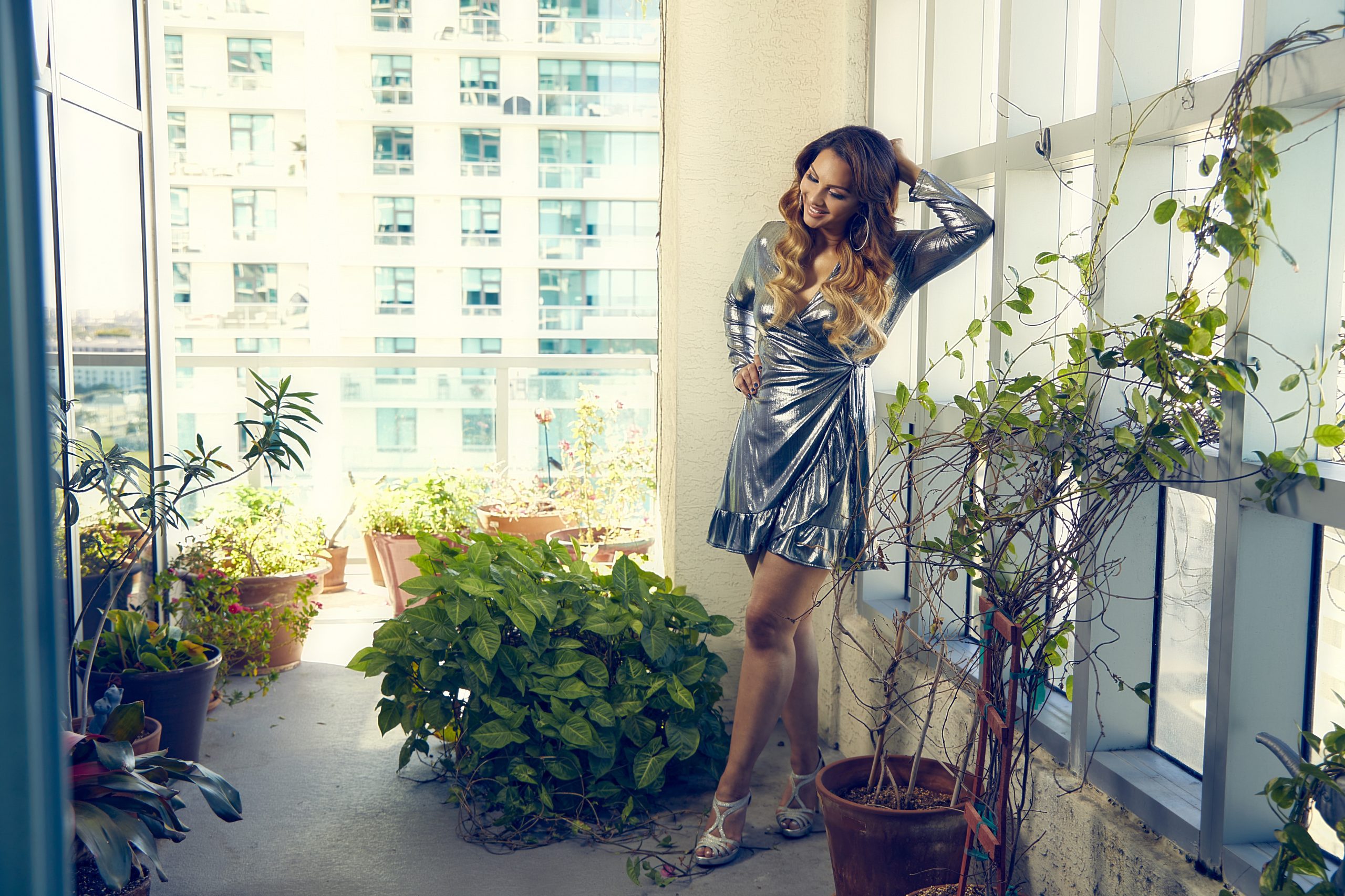 What about returning to Bollywood? Has that ever crossed your mind?
No, I would not give up what I do now for anything in the world.

What about being a part of something like Bigg Boss hosted by Salman?
Believe it or not and I’m not saying this to be arrogant, but I have never watched Bigg Boss and I do not know much about it. All I know is that it’s a reality show similar to the ones like Big Brother in the US.

Do you watch any of your movies?
No, but my mom does and she sends me photos of my songs in Aao Pyaar Karein or Anth or with Sanju (Sanjay Dutt) and I’ll be like okay… It’s funny to see videos of my films or songs. 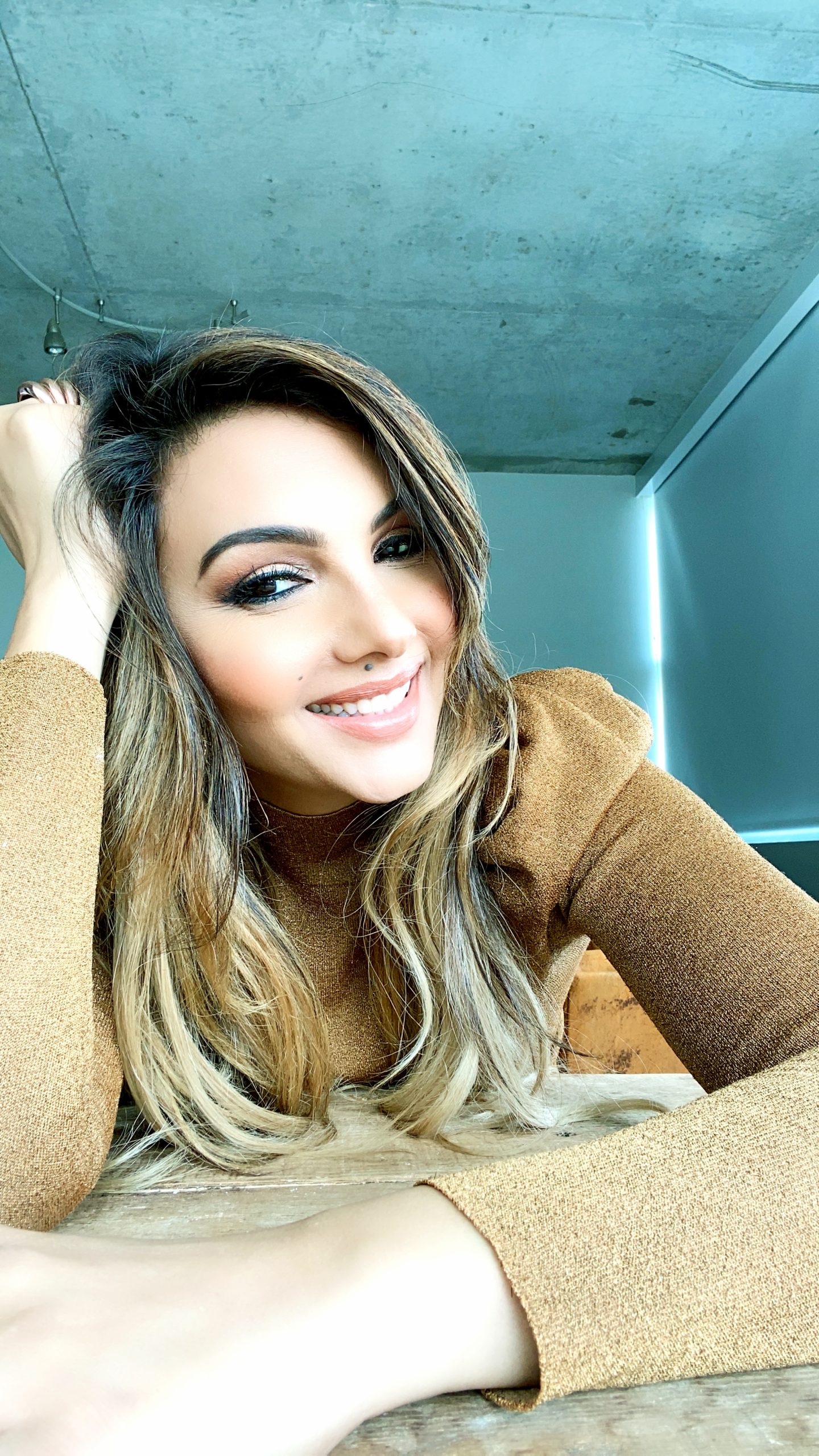 From Bollywood straight to a degree in psychology and then the NGO? What was the trigger?
It stems from many elements, not just one reason that led to the birth of No More Tears. Having grown up to seeing domestic violence around home in Pakistan, and then also being a survivor of child sexual abuse, from five to nine by a house-help in Karachi. Then when I moved to America at the age of 14, a 17-year-old boy raped me, so I’m a rape survivor, and then obviously seeing this pattern of injustices not only against women, but also men and young boys too. When I was in Pakistan I would see my mom’s friends come over and see a black eye or bruises and the universal euphemism for being beat up is ‘oh she fell down the stairs’ which I heard in America, I heard in India, I heard it in Pakistan, I used it myself when I would go on a movie set. So seeing all these injustices across brought about the birth of No More Tears in 2007. It was initiated with a mission to rescue and empower victims of human-trafficking, domestic violence and sexual abuse. We provide a barrage of services including training, counselling, legal support, medical assistance. And since our inception we have rescued over 30,000 victims, including men, women and children.

“Healing takes time… Till today in my mid-life I’m still healing and I don’t know if one really ever heals completely from abuse. But if I’m able to help even one woman or man or child smile again or help them live a financially independent life by bringing back their confidence then that’s a life worth living.”

Would you say that this has been your true calling?
Yes, I do feel like I was put on this planet for this purpose.

From being a victim you turned it into your strength helping so many victims
The problem is that many of us don’t even know that we are victims. We are conditioned to accept domestic violence as some kind of a cultural norm and you don’t recognise it as abuse. Also our society has a tendency to blame the victim rather than blaming the perpetrator. And there’s such a shame and stigma attached to being a victim that they don’t take that first step of reaching out to us.

Who was your support system through your own battles?
My younger brother. He’s been with me throughout my journey. I had dropped out in the 9th grade to go marry an actor who I did not know from anywhere. So it was my brother who encouraged me to complete my education, secure my degree. And I also did filmmaking and script-writing and editing. 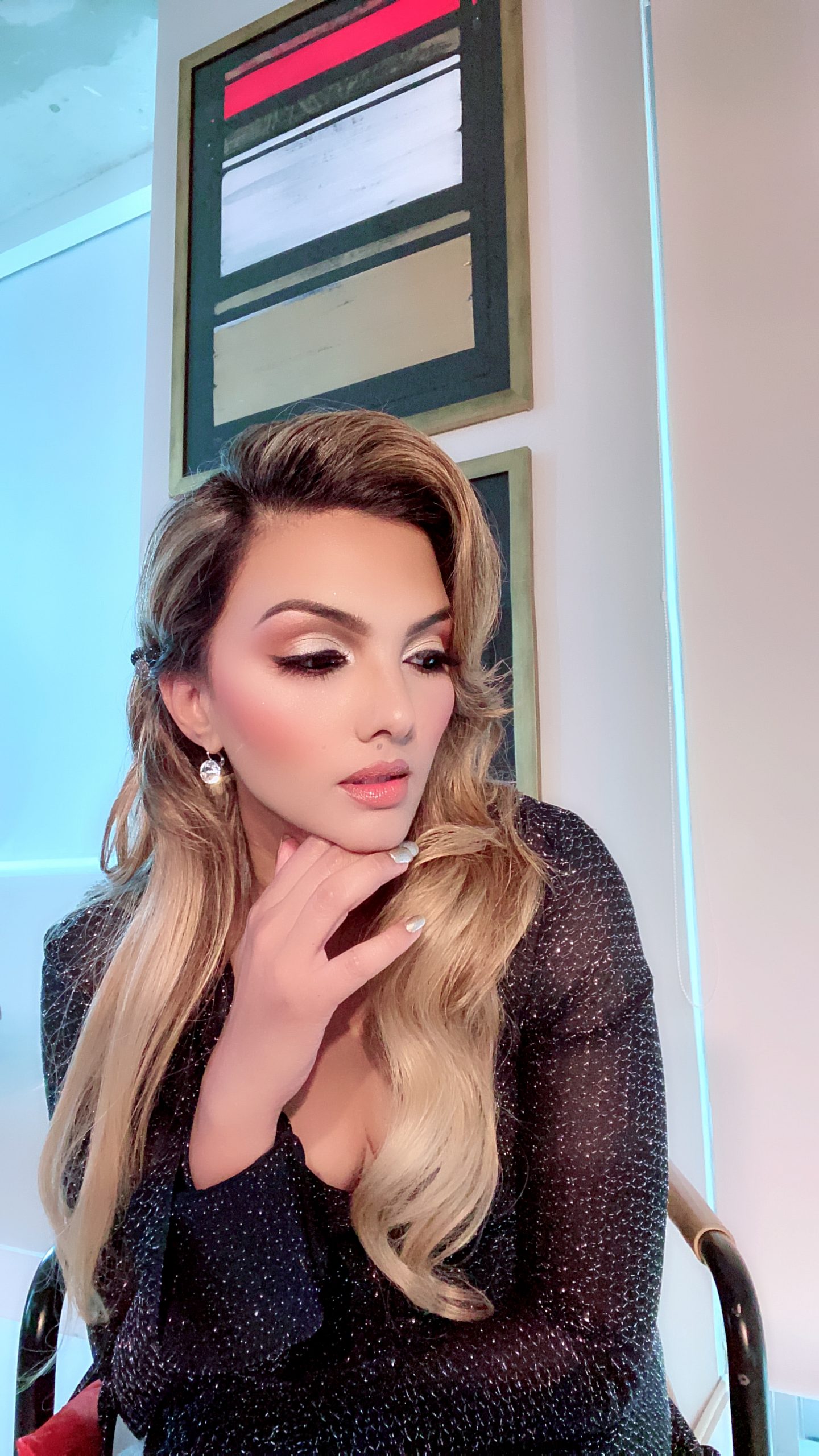 Any plans of making a documentary highlighting your work?
It’s interesting that you say that. I would not like to disclose much, but there’s a very big US network that I have signed a three-year contract with for a docu-series. They will be following me for nine months to see our line of work.

What about a film on your life or a memoir?
Yes, I’m actually working on my memoir for the past seven to eight years. This is my dream… I want to create a series of my journey, though not have me playing myself, but I want to find four actors playing me at various stages in life. I don’t know who that is going to be, but I would love Zeenat (Aman) to play my mom. I have a lot of respect for her.

What’s happening on the personal front? Are you dating someone?
Not at the moment. I was dating, not too long ago, and I had a break-up. 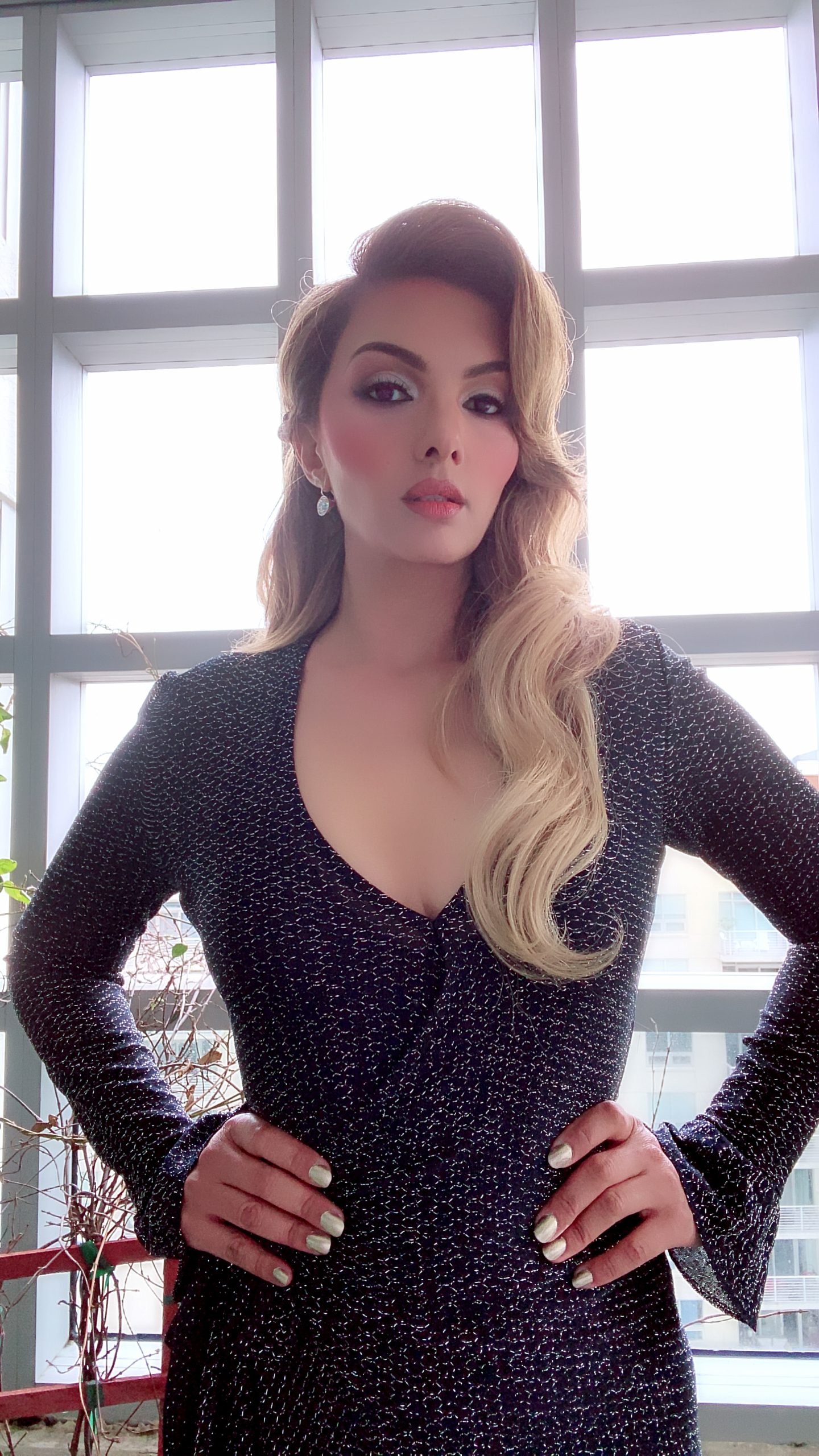 Your line of work also involves dangers!
Well, I’ve had threats, I’ve had abusers threaten me, I’ve been spat on in court by the abuser, been sent hate mails, had a gun held to my head… so yes there are risks involved. But I like to do all the field work myself. I think it has been the best therapy for my healing too.

How do you deal with all the emotional trauma you are exposed to through the victims?  Human trafficking is a dark truth and it’s global. But you have to fight that darkness and find a way to fix the damage. The idea is to take them from being a victim to being a survivor.

Raya and the Last Dragon: Kelly Marie Tran on why Raya is an ‘incredible character’