The epic adventure Raya and the Last Dragon, set in the fantasy world of Kumandra, where long ago humans and dragons lived together in harmony, has some of the most talented stars lending their voice to the animated OTT film. 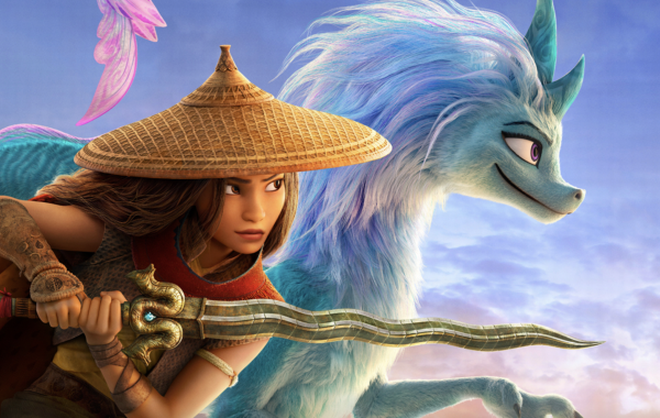 Speaking about the character Raya, who she has voiced in the animated movie, Kelly Marie Tran says, “Raya is such an incredible character. In the beginning of the movie, when we first meet Raya as a young girl, she experiences something traumatic that shapes the way that she sees the world. When we meet Raya later when she’s older, she is seeing the world through this lens of not being able to trust anyone. She’s had to find a way to survive in a world that has become pretty dark, and it’s cool to see her come from that and try to learn how to trust again.”

The series revolves around Raya’s journey to save her world. When an evil force threatened the land, the dragons sacrificed themselves to save humanity. Now, 500 years later, that same evil has returned and it’s up to a lone warrior, Raya, to track down the legendary last dragon to restore the fractured land and unite its divided people. Raya’s quest to find the last dragon, destroy the Druun and save her world is also a journey of self-discovery — a quest filled with danger, adventure, humor and new friendships, yet tinged with regret, loss and anger born of the need to avenge a wrong. What Raya learns, and comes to believe, is bigger than all of us: we can trust, we can work together, we can unite.