Harshvardhan Rane is on a roll this year. The actor who ended 2020 on a good note, earning rave reviews for his Bejoy Nambiar film Taish, has now wrapped up yet another film. Titled Kun Faya Kun, and directed by Kushan Nandy, interestingly the film also stars his Taish co-actor Sanjeeda Shaikh and both the actors are said to be thrilled about teaming up again.

The two wrapped up the shoot and took to their Instagram handles to announce it. Posting their picture alongside the director, the two wrote about wrapping the thriller and looking forward to its release soon. “A breathtaking thriller, a fun filled shoot, finally comes to a wrap! My next movie Kun Faya Kun. directed by @kushannandy is coming to cinemas soon. Stay tuned! #KunFayaKun” wrote Sanjeeda. 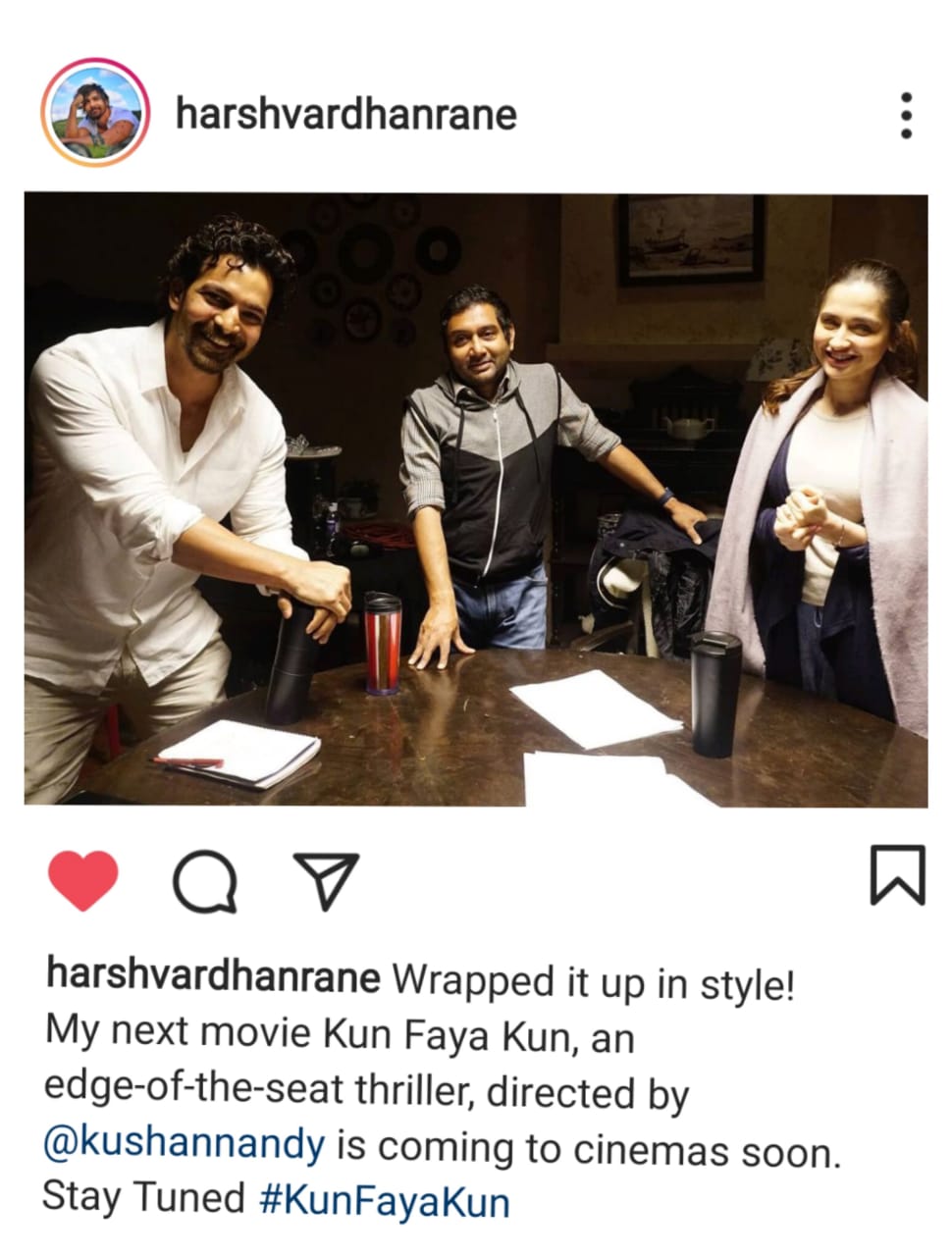 Godzilla vs Kong to release earlier than expected

Salman Khan makes a special appeal for Radhe: The Most Wanted Bhai

0
Aakanksha Naval-Shetye January 19, 2021
No Comments Yet

BAE or Blockbuster this V- Day? Here’s a curated list !

Birthday Special: Harshvardhan Rane thrilled to celebrate a working birthday; but read on to find out why it’s a double treat!

Suswagatam Khushamadeed: Pulkit Samrat starts the prep for his next film!