There’s no dearth of talent in B-Town… Priyanka Chopra Jonas went on and dabbled in singing in her regional production as well as on International platforms. Tara Sutaria is readying to turn playback singer in her upcoming movie, while Tiger Shroff is planning in a single. Here’s looking at some top actors who’ve been multi-tasking as singers too:

Amitabh Bachchan
The 77-year-old, Amitabh Bachchan, has mesmerized audiences not just with power-packed performances on-screen but also melodies sung by him in his signature baritone. Amitabh Bachchan has sung a number of songs in his illustrious career, from the popular Holi number ‘Holi Khele Raghuveera’ in Baghban to ‘Shava Shava’ in Kabhie Khushi Kabhie Gham, ‘Khaike Paan Banaras Wala’ in Don, to ‘Ekla Cholo Re’ in Kahaani and ‘Atrangi Yaari’ in Wazir. 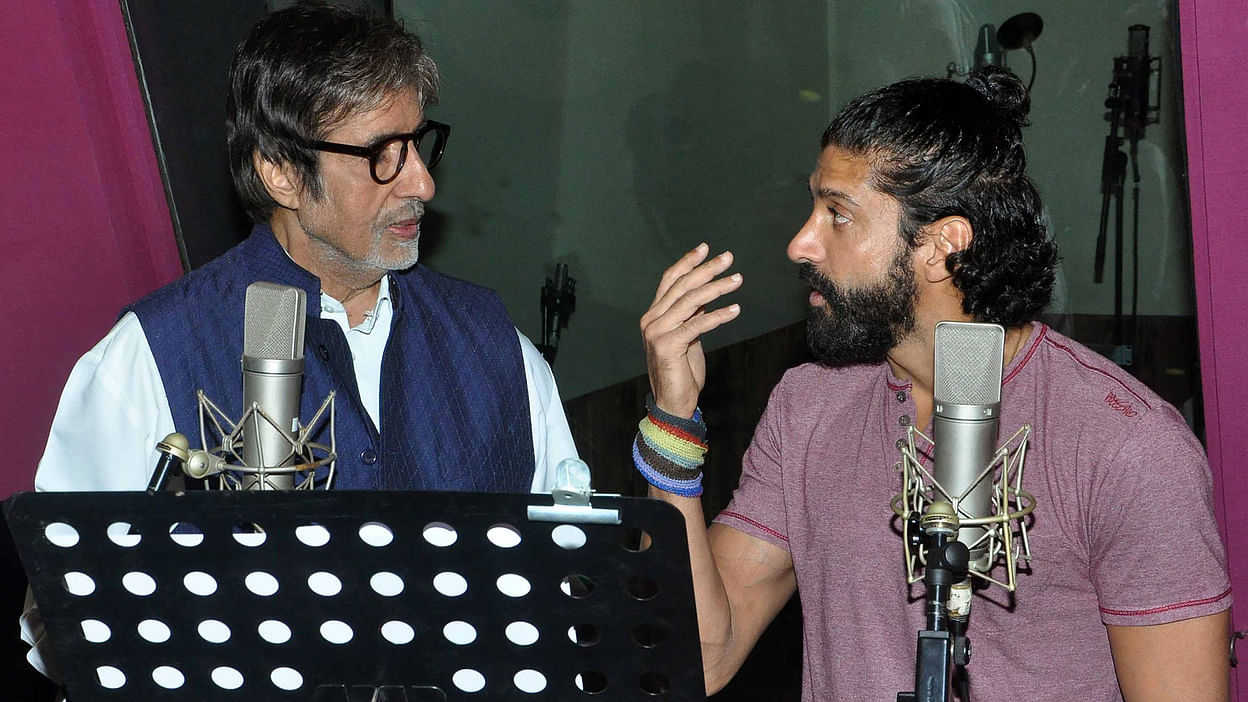 Tiger Shroff
We have seen Tiger Shroff dance, act, and do martial arts like a pro, but that’s not where Tiger’s talents end. Tiger, while taking to social media to reveal the motion poster of his upcoming track ‘Unbelievable’ expressed his lifelong wish to dance to his own song. Tiger is truly unbelievable!

Tara Sutaria
The Student of the Year 2 actress began her professional career as a singer before she went on to act. While she has shown her acting mettle in films, she’s all set to treat fans to songs in her melodious voice in Mohit Suri’s upcoming film ‘Ek Villian 2’.

Farhan Akhtar
Farhan Akhtar, an actor, director, poet, and singer has a long list of songs to his credit, ‘Atrangi Yaari’ from Wazir, ‘Tum Ho Toh’ and ‘Socha Hai’ from Rock on, and ‘Senorita’ from Zindagi Na Milegi Dobara, to name a few.

Hrithik Roshan
Hrithik Roshan has lent his voice quite a few songs like ‘Senorita’ from Zindagi Milegi Na Dobara, ‘What a wonderful world’ from Guzaarish, and ‘Kites in the Sky’ from Kites.

Salman Khan
Salman Khan forayed into singing with ‘Hero’ from the film Hero. He then went on to sing ‘Jumme Ki Raat Hai’ and ‘Hangover‘ for Kick and a version of ‘Jag Ghoomeya’ for Sultan.
Abhay Deol
Abhay Deol sang for the immensely popular ‘Senorita’ from Zindagi Milegi Na Dobara. He hasn’t sung any songs since to maintain the exclusivity of the song.

Making of a Superhero Minnal Murali