He is the maverick behind some truly soulful music in Bollywood. His recent work with Dua Lipa has catapulted Indian music to a world stage and he is laden with some great projects back home. With a childhood seeped into Hindustani classical music courtesy his grand-father, the legendary Sardar Mallik and being surrounded by Bollywood film music owing to his dad, music composer Daboo Mallik, a chat with Amaal Mallik meanders into lanes, by-lanes of memories, emotions and highs and lows of his life. Amaal was the star guest at the Most Influential Women event powered by Filmfare ME in Dubai and he wowed crowds with his rendering of songs. A chat with Amaal Mallik takes the longest to edit because it is multi-layered like him and fluid and unchartered like his music. Manju Ramanan chats up with the young composer.

A song has its own destiny

Songs come with their own destiny and some make it big and some don’t. I composed Koi Ishaara from Force 2 and gave my 3000 percent to the song but it didn’t do well. My young fans love it and connect to it but despite all the work put into it, poof, it was gone.

A good melody connects to you

When I make a song and get my friends, mom and dad to listen to it, I spy on their reaction. If it connects, my dad will usually hold his head in happiness.

The importance of letting go!

I made a song called Tu mera Nahi on the concept of letting go. Be it relationships, songs or people, when I feel it is enough, I let go. I intuitively you know when a song is ready. It has to match these four pillars – Sound scape has to be good, it has to be modern and relatable, lyrics should be good and the melody, simple. It should make audiences feel something. 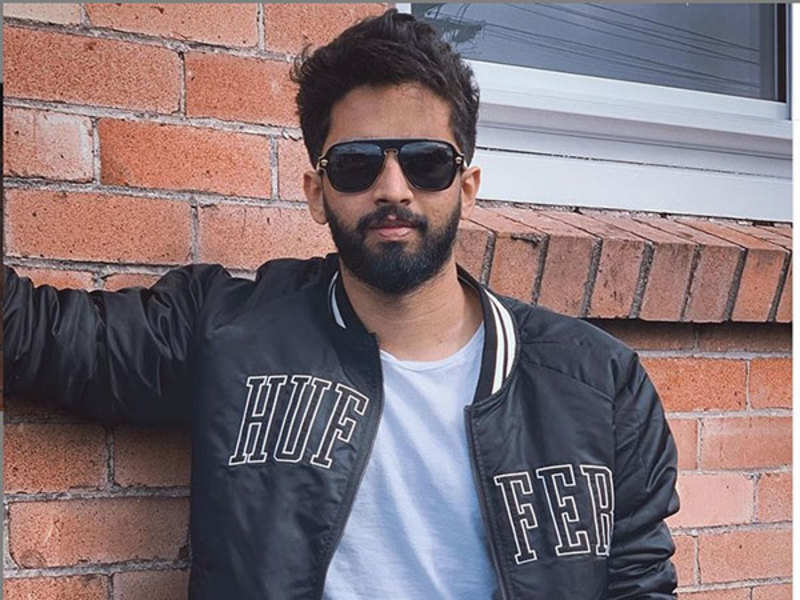 I composed Chale Aana in this house (my friend Emil Bhatia’s home in Dubai Marina).

We had had a long night and I was in the wash-room when this song came to me. I called up the director of the film Kunal Verma and told him I had a song for him. I composed Roke Na Ruke Naina during my Himachal trip. I was 23 years old and 26 songs old and felt like a 35-year-old, burdened with too many things. I had to run away. I had just come out of the studio after recording Kaun Tujhe Yun Pyaar Karega and Shashank who directed Badrinath ki Dulhaniya met me and asked me for his song. I told him let me go away for a bit. Soon I was ready with Tu jo Nazron ke Saamne. I got the Filmfare award the next year! The song was edited out of the film but somehow made its way back because it fit the narrative. I cried when this happened. I usually never cry and take rejection well. A song does have its own destiny.

Simplicity is the toughest to achieve

I want people to sing my songs, hum them and keep them in their lives. That usually happens when a song is simple. The closer you are with yourself, you can achieve that. Mom used to take me to music classes and then I assisted Salim Sulaiman who were into the laptops and technology but never left their Indian sufi roots. Across all their songs in Chak De, Qurbaan etc, they kept the essence of India alive. I am more drawn towards Hindustani music today. I learnt a bit but Armaan did his visharad. I feel that it is a bigger ocean and the notes India hits, surprises the western world.

I have missed most success parties of my films and have arrived after the networking crowds have left. But I have had my family and some real friends in my life. I never became someone I was not. My mother often tells me that if I keep making music, when will I start living? I tell her I am living now. This is my life and it is music.

My grand-father on his death-bed, told my father that both of us, Armaan and I were musically gifted. My mother had already started guiding us, now dad geared up too.  I was 14 when my grand-father asked me to produce a music album and I had no clue or means to do it.  I didn’t know laptops, plug ins etc then. Today I still feel guilty that I didn’t have the knowledge then. Main Rahoon ya Na Rahoon was my tribute to him. My parents have done everything for us. They stayed together despite hardships and my mom used to say that it felt like they were waiting on a train platform and all trains laden with people passed them by without creating room for them. She once told me that she would be proud of me if the DJ at an event plays one of my songs without request. Recently she called me to tell me all songs were my songs. They both stepped back and let us shine. My dad is now getting back into music and my fans are telling me, I should compose like him!

I go to sleep if I am overwhelmed.  From the age of 15-28 years I was angry at the world and was trying to prove a point that we have my dad’s DNA in us to make it big. After receiving a big award after Sonu ke Titu ki Sweety, I wasn’t happy internally. I had won 25 awards by then, my brother had become a star singer, we had the comforts we needed but I wasn’t happy. I realised that I needed to do lesser films, have yummy Andhra food, have a good night’s sleep. All that keeps your highs and lows balanced. I was getting negative by doing films to prove a point. I slowed down, said no to many projects (rejected 17 films for Saina). I stayed away from remix songs, told my mom that I don’t want to be DJ Amal but an AR Rahman. He did 40-50 songs in his career, all works of art. Numbers aren’t important, work is. A 100-crore film or a 100 million likes doesn’t determine quality.

Though I can’t run away from being a film composer, there is a full-fledged independent music industry out there that I can always fall back upon.  Armaan went global, Prateek Kuhad is so well known, so are Badshah, Honey Singh etc. During lockdown people consumed music. Lifafa is an amazing artist and so Dheekshita Venkadesan. I am composing for projects for Hotstar, Amazon and Netflix too. Songs with lesser views on YouTube are streaming well with Jio Saavn, Spotify, Gaana etc. It is a good time for music.

Watch his video interview here with Filmfare ME

Mahira Khan to be part of Zee Theatre’s Yaar Julahay

“Having Tiger as my elder brother is the only motivation I need, to do better everyday,” says Krishna Shroff ( An Exclusive)