Zee Theatre has announced its latest offering Yaar Julahay, a series of dramatic readings spread across 12 engrossing episodes and the first episode features the Pakistani star Mahira Khan. The name of the series is inspired by a Gulzar poem and pays tribute to master writers. The first episode will feature Mahira Khan where she will be reading Ahmad Nadeem Qasmi’s classic story, Guriya. 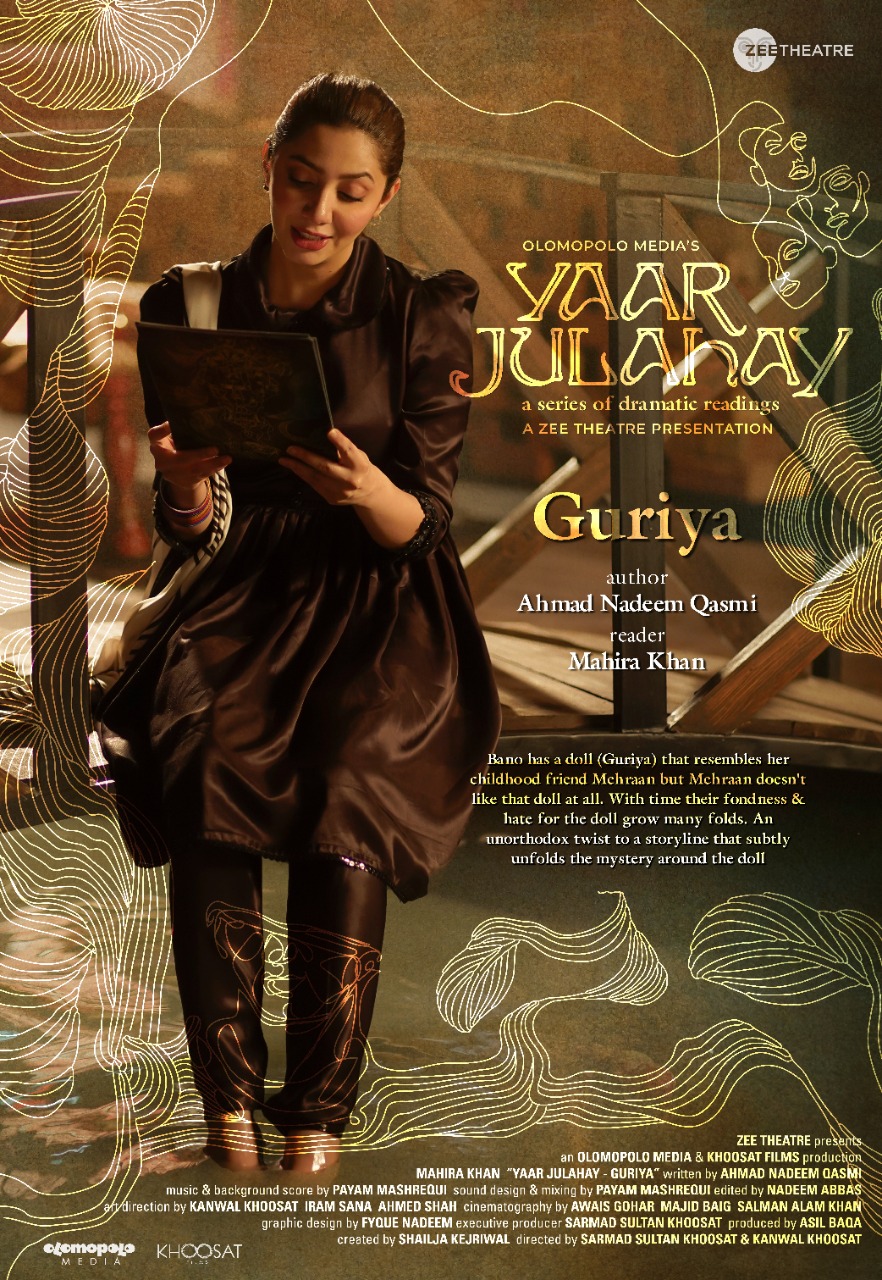 Guriya highlights the story of two best friends Mehra and Bano. Bano has a doll (Guriya) that resembles Mehra, but Mehra doesn’t like that doll at all. With time their fondness and hate for the doll grows manifold. Towards the end comes an unorthodox twist to the storyline that subtly unfolds the mystery around the doll.

Acclaimed director and actor Sarmad Khoosat says the series is inspired by ‘Dastangoi’, a tradition of creating and telling stories that defines South Asia. He explains, “We have interpreted ‘Dastangoi’ in a contemporary way and there is also live and recorded music along with suggestive details articulating the theme of the story. For instance, when I directed Mahira Khan for the story Guriya, the set was strewn with dolls that in a way told their own story. They created an eerie atmosphere that augmented the narration and enhanced the inherent mood of the reading.”

Director Kanwal Khoosat adds, “This series attempts to introduce a newer audience to literature through a format that blends ‘Dastangoi’ with the Chamber Theatre technique where a reader has an environment, a minimal stage setting to not just read in but to perform, interpret and deliver a story in. In each reading, we have tried to maintain the integrity of the author’s voice even as we amplify it through the digital medium to reach as many people as possible.”

Shailja Kejriwal, Chief Creative Officer – Special Projects, ZEEL says, “Each episode of Yaar Julahay features the immersive reading of a remarkable story that is as unique and complex as the subcontinent we live in.  Each one of the featured writers has processed reality through characters that we can still identify with. It was a joy to work on these classic tales with Kanwal and Sarmad Khoosat because we have collaborated with them before and they always approach a project with a certain artistic sensitivity and deep respect for the material they are working with. Their sensibility was needed for a project as unique as this.”

How does Amaal Mallik ensnare your soul with his music? Read and watch his interview here!