Akkineni Nagarjuna and Sonal Chauhan starrer The Ghost has wrapped up its shoot. The film has the South star Nagarjuna appear in a never-seen-before intense character as a highly trained Interpol officer Vikram. Directed by Praveen Sattaru, the film also has Sonal play a cop and has been mounted on a large canvas under Sree Venkateshwara Cinemas LLP and Northstar Entertainment Banners. 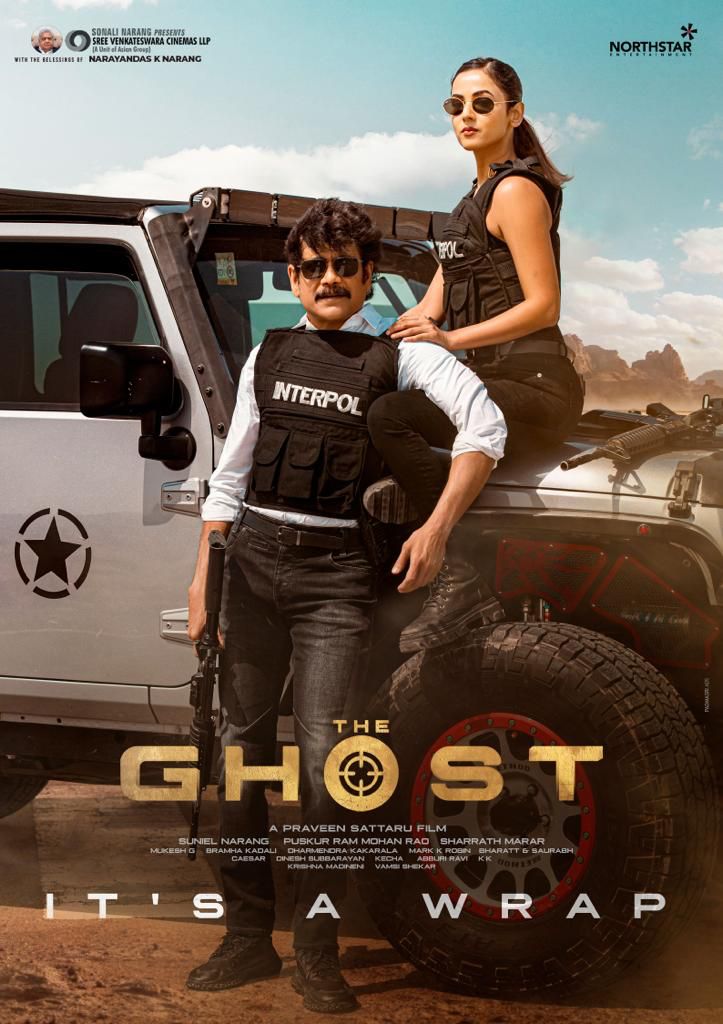 The makers announced the film wrap through a small video in style as Nagarjuna is seen firing a gun. They have also released a poster where Nagarjuna can be seen leaning against a Jeep, while Sonal is seated on vehicle. Both the Interpol officers look ultra-stylish and geared up for big action.

The highly-anticipated flick will arrive in theatres on October 5th. Interestingly, Nagarjuna’s cult classic and path-breaking movie Shiva was also released on the same date in 1989. This high intense action thriller which is laced with all the commercial ingredients has action sequences are choreographed by Dinesh Subbarayan and Kaecha. Mukesh G is the cinematographer and Brahma Kadali is the art director. Gul Panag and Anikha Surendran play vital roles in the movie.

'2022 has been an amazing and creatively satisfying year:' Shefali Shah