Kangana Ranaut has announced that she will be essaying former Indian Prime Minister Indira Gandhi in a new untitled film.

However, the film directed by Sai Kabir is not a biopic, but it will feature important historical moments such as Operation Blue Star and The Emergency.

Kangana has stated that the movie is a grand period film that will help the audience better understand the socio-political landscape of India today. 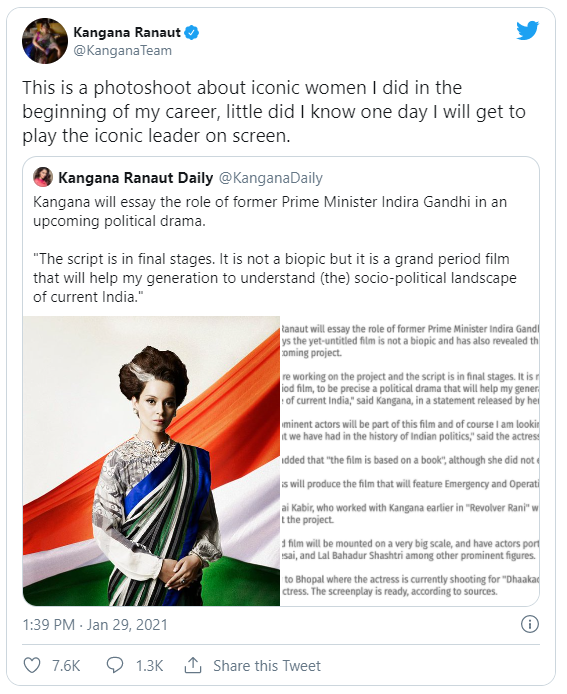 With the script almost finalized, there are rumors that the movie will also star many prominent Bollywood actors, however, the casting is still in the works.

Rajiv Gandhi, Sanjay Gandhi, Lal Bahadur Shastri are few among many characters that will be portrayed in the film.

Sai Kabir has previously worked with Kangana on Revolver Rani, and will be writing the story and screenplay, while the actress will serve as the producer. Kabir has flown to Bhopal where the actress is currently shooting for Dhaakad and has already done a few sittings with the actress.

Makeup essentials to add your vanity