While the mighty villains ruled the screens with a fine fierceness, the era of female antagonists seems to have just gotten a boost! From Margot Robbie to Mouni Roy, here’s a list of 4 actresses that gave us these iconic female antagonists 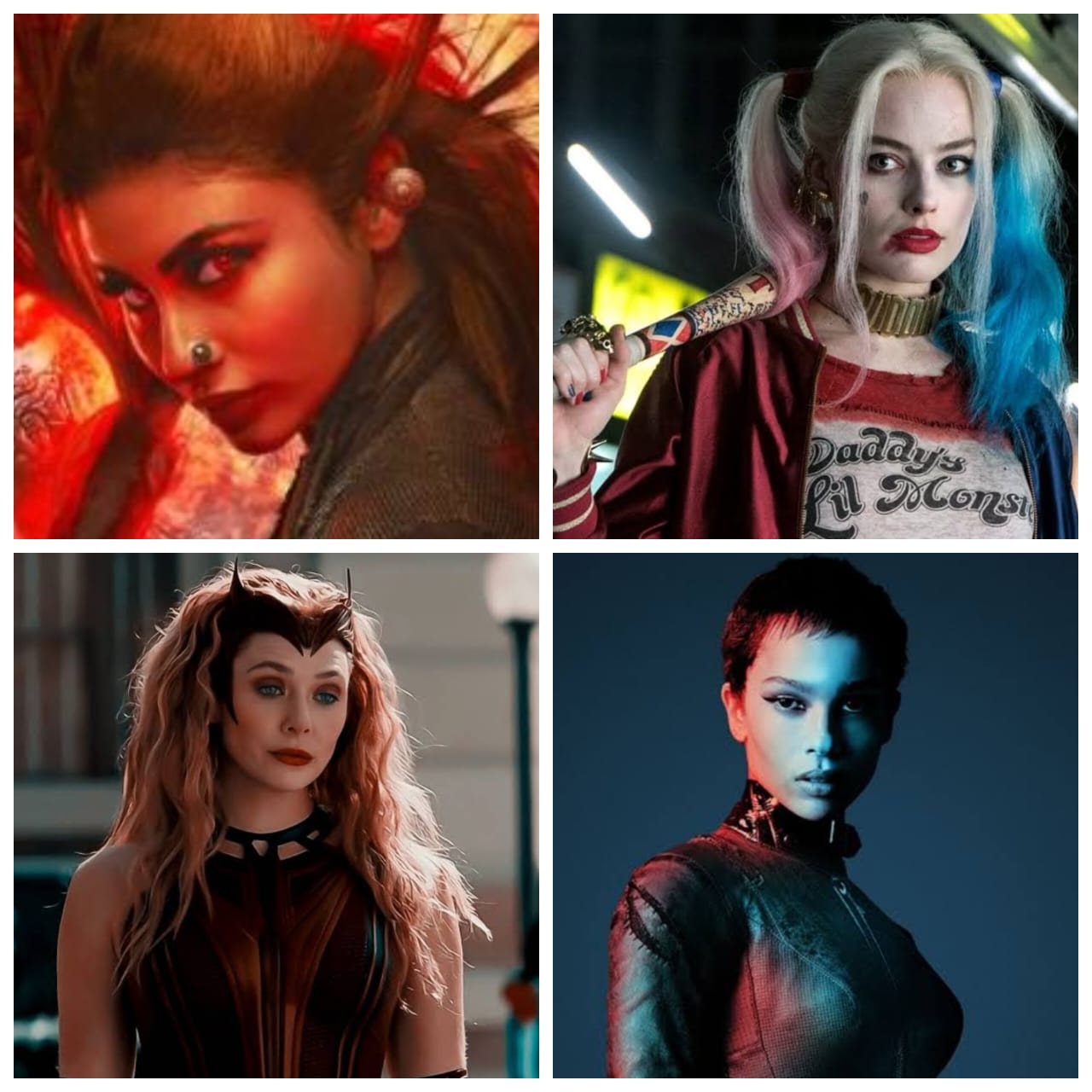 Starting off strong we have Wanda Maximoff. Her journey in the MCU is from a villain to a hero and back to being something of an antagonist. Actress Elizabeth Olsen has done a phenomenal job of creating Wanda to be relatable and so much more difficult to hate as one would a pure evil villain!

Then there is Harley Quinn. Harley is every bit sensible as she is crazy and unlike Joker, her passion doesn’t begin and end at Batman. One of the most famous female villains respected both within her own universe and ours, Margot Robbie in Suicide Squad etched Harley forever in our memories.

Speaking of the DC Universe another revered character is Catwoman. One of the first grey characters, Catwoman toes the line of heroic and villainous so wonderfully you can only admire. Zoe Kravitz’s perfect performance of a no nonsense confident lady with independent thought.

Last but not in the least, the newest addition to the list would be Junoon. The queen of Darkness, she doesn’t just join the herd. Strong enough to hold her own, she goes against all to her own benefit. Mouni Roy’s jaw dropping performance as she stands against the Brahmastra is something we won’t forget. The actress known for her acting chops left the audiences speechless with her grace and stance as Junoon. She will always be recognised as the pioneer female antagonist of a cinematic universe in the Indian context.

IN DEMAND: Yash’s Rocky Bhai haircut is all the rage at salons