Kapoor family’s pillar of strength Krishna Raj Kapoor, wife of legendary actor Raj Kapoor, passed away today after suffering a cardiac arrest; she was 87. Her eldest son and veteran actor Randhir Kapoor confirmed the news, “My mother passed away at about 5 am today due to cardiac arrest…old age was another factor. We are deeply saddened by her demise.”

Krishna Malhotra, a sister of another popular Hindi films actors Prem Nath and Rajendra Nath. she married Raj Kapoor in 1946.

Randhir added that the last rites will be performed at Chembur crematorium. Rishi Kapoor’s daughter Ridhima also posted a tribute to her grandmother even as Bollywood came together to say an emotional goodbye to “Krishna aunty”. While Soha Ali Khan remembered her as an “incredible personality full of life and passion and with never a hair out place”, Farah Khan called her “the most beautiful lady of our industry”.

A post shared by Riddhima Kapoor Sahni (@riddhimakapoorsahniofficial) on Sep 30, 2018 at 8:08pm PDT

Such sad news this morning.. the most beautiful lady of our industry Krishna Raj Kapoor passes away.. my heart goes out to the entire family.. Krishna Aunty may you rest in peace.

I am so sorry to hear of the passing of #KrishnaRajKapoor The few times I interacted with her were so memorable; she was an incredible personality full of life and passion and with never a hair out place! She will be missed greatly. My deepest condolences to the family.

.Condolences to the entire Kapoor family. An era passes away,#KrishnaRajKapoor .God give you strength,and may the soul rest in peace. Om Shanti. @chintskap

Deeply saddened to learn the passing on of Krishna Raj Kapoor ji. A formidable woman, the Kapoor Khandaan anchor and an amazing human being. @chintskap @realnikhilnanda

Saddened to hear the demise of #KrishnaRajKapoor ji my deepest condolences,
May God give immense strength to whole family. #OmShanti

She had such an uncommon elegance and warmth. My mom wrote Prem Rog for RK. She told me many stories of Krishna Ji’s affection, hospitality & impeccable style. The original woman in white! #KrishnaRajKapoor 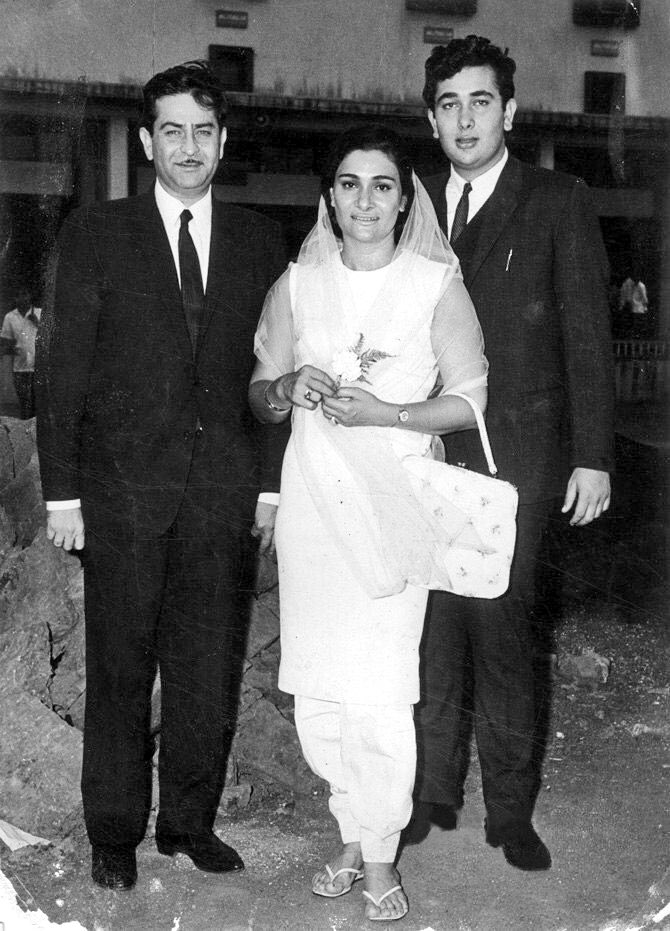 Check out some unseen pictures of Krishna Raj Kapoor with family and friends:

Xiaomi launches POCOPHONE F1, Mi A2 and Mi A2 lite in UAE

After ‘Dilbar Dilbar’ Its ‘O Saki Saki’ for Nora Fatehi

Subscribe to our newsletter
Sign up here to get the latest news, updates and special offers delivered directly to your inbox.
You can unsubscribe at any time