The makers of the war drama Major starring Adivi Sesh as the martyr Major Sandeep Unnikrishnan, have postponed the release of their film amid the Covid-led lockdown

Adivi Sesh-starrer Major was scheduled for a multi-lingual theatrical release across the nation on July 2. The much-talked about film is based on real life hero Major Sandeep Unnikishnan. Shot in Hindi and Telugu simultaneously, the film was also to release in Malayalam, widening the scope of reach amongst the diverse sectors of audience. 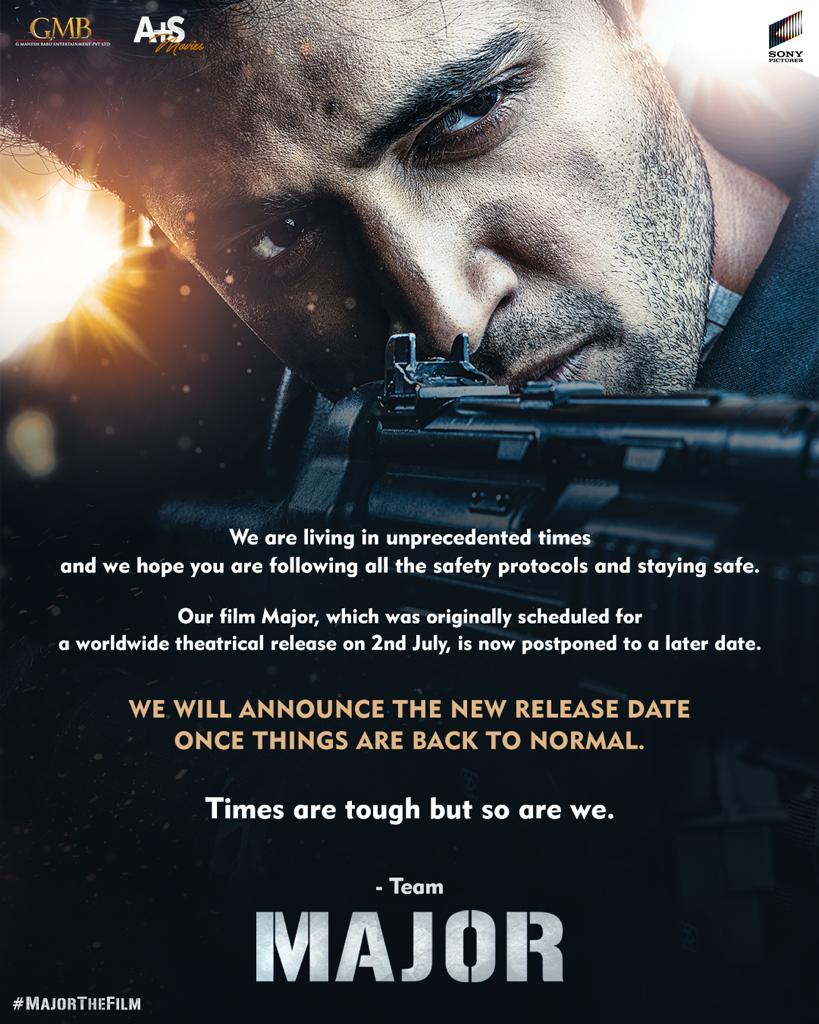 But now the makers of Major have made an official announcement for postponement of release saying, “We are living in unprecedented times and we hope you all are following all the safety protocols and staying safe. Our film Major, which was originally scheduled for a worldwide theatrical release on 2nd July, is now postponed to a later date:
WE WILL ANNOUNCE THE NEW RELEASE DATE ONCE THINGS ARE BACK TO NORMAL. Times are tough but so are we.
– Team Major.”

Earlier, the makers of Major had released the teaser of the film tracing the varied dimensions of Sandeep Unnikrishnan’s life, from his childhood, teenage to his glorious years in the army. Celebrating the heroics of Major Sandeep Unnikrishnan, Major not only depicts his death but embraces the spirit with which he lived.

Is Turkey Aditya Roy Kapur's next destination for 'OM'?