All Things Filmy, Bollywood, Entertainment, Features
May 17, 2021
by Aakanksha Naval-Shetye
0

Aryan Khan – who has previously lent his voice to The Lion King – received a degree of Bachelor of Fine Arts from University of Southern California, US

Shah Rukh Khan’s son Aryan Khan has graduated with a degree in Bachelor of Fine Arts, Cinematic Arts, Film and Television production from the US. The 23-year-old graduated from the University of Southern California, US and the pic from the ceremony has taken the internet with a storm. The photograph went viral triggering talks about his Bollywood debut. 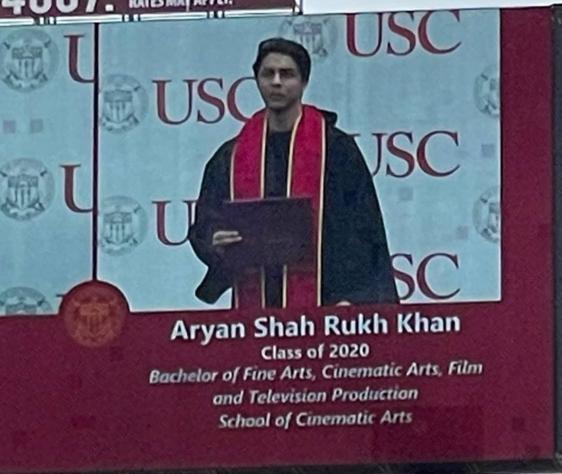 Interestingly, Aryan has earlier lent his voice to the young Simba in The Lion King (2019). The industry has been abuzz with rumours of his debut and with the kid graduating in cinematic arts, the talks are gaining more ground. Though neither the star, nor Gauri Khan have ever confirmed the same, it has often been rumoured that Aryan would be launched by SRK’s good friend and filmmaker Karan Johar.