Pan-India star Prabhas is now busy with back-to-back shoots and is all set to come back in action with his amazing lineups. He was recently spotted at Om Raut’s house where he was looking extremely stylish in his black attire. Being the only star with four Pan India films, the actor is one of the most bankable stars in the industry. Apart from being the biggest actor, he is widely known for his caring nature which is not only praised by his team but also by his co-actors and actresses, and here’s the proof. 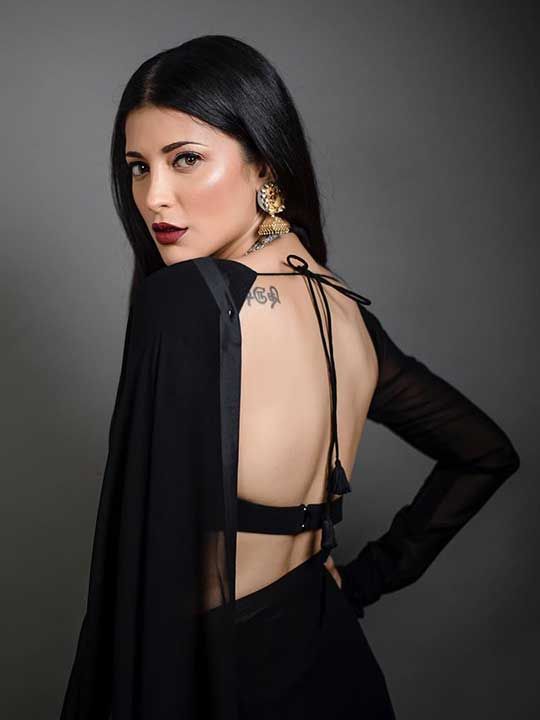 Prabhas has always received praises for his kind nature from his co-actors and now it’s time for his Salaar co-star Shruti Haasan who shared a sneak peek from her experience on the sets. While the shoot for the film is running at a full pace, the actress seemed extremely honored by the actor’s kind nature and hospitality on the sets. As she is working with Prabhas for the very first time she shared, “It was just like hello/hi, but I have definitely got to know the whole team more during the making of this film. He is someone who makes you extremely comfortable to be around. He is super chilled out, super friendly, and it’s really nice to work with him,” states the actress.

While praising more, Shruti further shared “It’s such a blessing. Those who feed people have a special place in this world, and he really feeds people with so much love. It’s one of his best qualities,”

Previously, Deepika and Disha also received a warm welcome from the Pan India star with a delicious meal and a full Hyderabadi thali, and the actress was really overwhelmed seeing his kind gesture.

Moreover, it will be amazing to watch him back in full of action and full of noise with ‘Salaar’ apart from that the 3 other films, ‘Spirit’ with Sandeep Reddy Vanga, ‘Project K’ with Amitabh Bachchan and Deepika Padukone, and ‘Adipurush’ with Kriti Sanon, Saif Ali Khan and Sunny Singh Directed by Om Raut.

Allu Arjun is a real life hero; Here's why!