The film that also stars Sharwanand, Aditi Rao Hydari and Anu Emmanuel is slated to release on August 19. 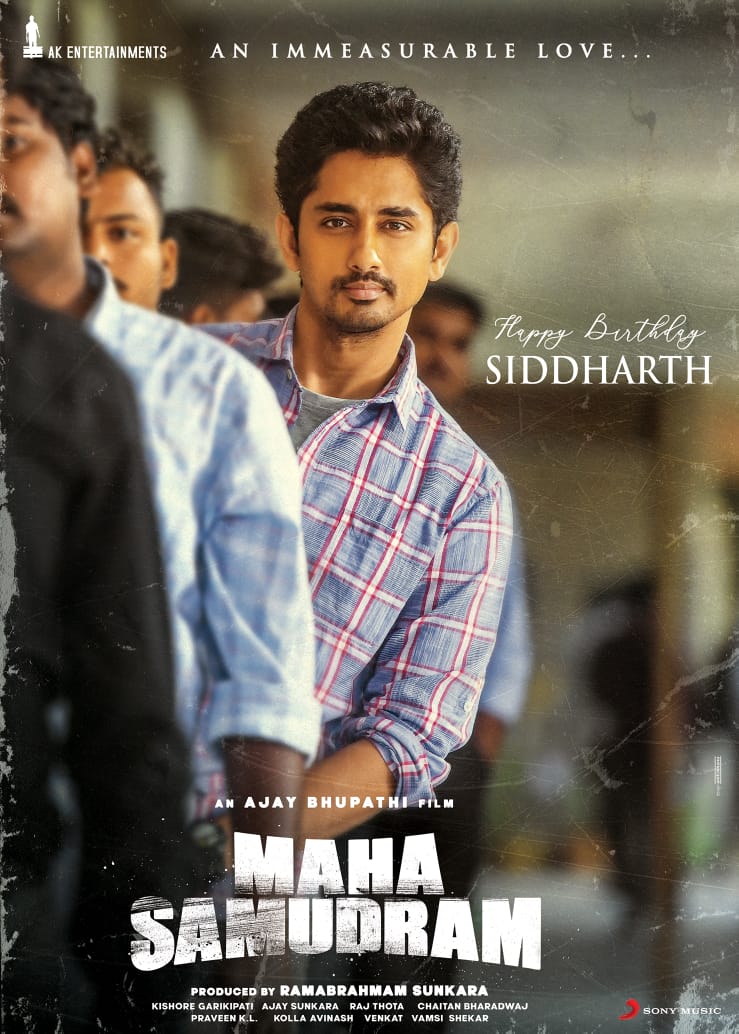 Awaiting the right script to make his comeback in Tollywood, Siddharth is finally returning to Telugu cinema with director Ajay Bhupathi’s most ambitious project, Maha Samudram. And the South star who celebrates his birthday today (April 17) had the most unique treat from the makers as they unveiled his first look from the film that also stars Sharwanand, Aditi Rao Hydari and Anu Emmanuel.

While Sharwanand appeared aggressive in his first look poster, Siddharth looks calm and composed in the poster unveiled today. Maha Samudram is slated for release on August 19.

Tipped to be an intense love and action drama, Sunkara Ramabrahmam bankrolls the film under AK Entertainments banner. The DoP is Raj Thota, while Chaitan Bharadwaj renders the soundtracks and Praveen KL is the editor. Kolla Avinash is the production designer.