Sonu Nigam’s voice has been loved and revered worldwide by music-lovers for decades now. Lately, he’s been seen transcending into a very Zen-like zone and that indeed is refreshing especially in times like these. And music aficionados are thrilled to know that Sonu is soon to release his new single, ‘Jo Tune Likha‘ on his Label I Believe Music. 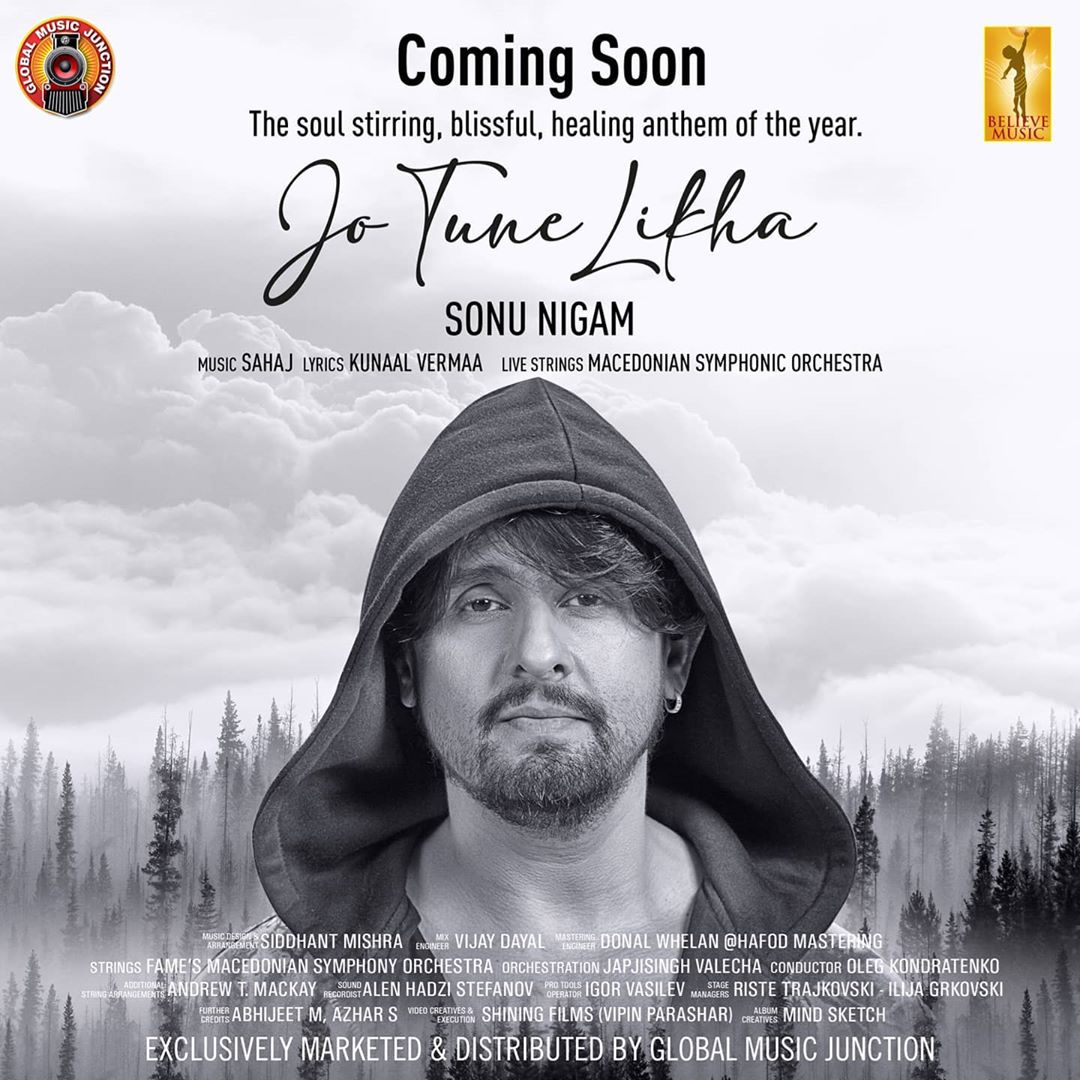 According to Sonu Nigam, who is visiting Mumbai after spending a large part of the year in Dubai, “The Music that you create or listen or give out to the world, depends upon the state of being you are in. This song ‘Jo Tune Likha‘, is a song that captures my wavelength, that of absolute surrender to the Universe, in a very contemporary, cool and non-imposing manner.”

The song – a healing anthem of the year – celebrates life and its myriad forms, it celebrates being alive, it reinforces the importance of having faith in the Almighty and surrendering to his powers, adds the singer.

‘Jo Tune Likha’ is the third song presented by new-age music-label I Believe Music after ‘Rudrashtakam’ and ‘Kushal Chapalgati Nachtati Ganpati’. Sonu further says, “The music that we intend to bring out through I Believe Music, is for sure going to be of the highest standards, so when five years later when people look back at the overall catalogue we create, they will look and talk about it with respect and approbation.”

‘Jo Tune Likha’, penned by Kunaal Vermaa and composed by Sahaj, had its score recorded at the Macedonian Symphony Orchestra which has further enhanced this soulful and soothing track by Sonu. Inspite of being stationed in Dubai, Sonu has kept himself busy by working on new songs, doing a series on virtual concerts and enthralling his fans with his Vlogs. In fact he was one of the few artistes across the globe who did a live concert in Dubai during times like this.

‘Jo Tune Likha’ is Sonu’s way of spreading a glimmer of hope and instilling belief in people that life is the biggest blessing that God almighty has bestowed on mankind. And that every aspect of life is an experience to cherish.

Composer, Sahaj adds, “It has been a gratifying experience to work on this song and I hope it reaches to the hearts of the people.”

NO TIME TO DIE: The release of Daniel Craig-starrer James Bond movie has been postponed to next year