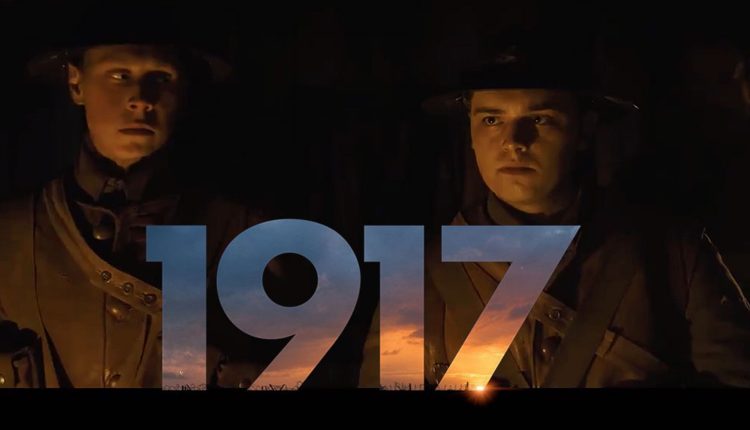 A film directed by none other than Sam Mendes, who recently won the Golden Globes award for 1917 –  of directing and writing the script too, Sam Mendes known for his films like; Skyfall, Spectre and, King Lear, etc.

A film that  is worth repeated viewing, succeeds on every level, where each character, custom, set and, dialogue fires on all cylinders.

A simple story with a great plot – A message that must be delivered within 8 hours to save 1600 soldiers. The film will make you feel the war not only make you watch it.  Not even a set was repeated in the film and, all the events keep you on the edge of your seat.

When you watch the behind scenes of this movie, you’ll be surprised of the calculations and the number of attempts that were done to make sure that everything would be perfect.

The war yard is like a forest, where the strong beat the weak. But, the friendship zone portrayed in the movie  touches your heart. The strong friendship between the chosen soldiers for this mission is precious. The two soldiers played by Dean-Charles Chapman and George MacKay are on a mission no matter what the result . He crosses all the lines and encounters danger to make sure that the 1600 British soldiers be saved. You will hold your breath while watching him running in unexpected ways just to reach the concerned person to deliver the highly important message.

The background score  was majorly the sound of bullets, aircrafts and breaths.

To conclude, the film will remind you how a war can be ugly. It’s a war that happened in 1917 between Germany and Britain – World War 1. But, the director made us feel like if it happened yesterday.

Hrithik Roshan has the sweetest message for his cousin Pashmina Roshan

Subscribe to our newsletter
Sign up here to get the latest news, updates and special offers delivered directly to your inbox.
You can unsubscribe at any time