As Omkara clocked in 15 years yesterday (July 28), there’s an interesting anecdote we found out about one of the film’s star Vivek Anand Oberoi.  The actor is seen playing the guitar wonderfully in the film, but not many know that Vivek did not know how to play the guitar before that! Director Vishal Bhardwaj wanted Vivek to look authentic while playing guitar. Being the method actor that he is, Vivek wanted to learn to play the guitar properly and not just learn it for some scenes. Not only did Vivek learn to play guitar from a special trainer, he even got tips from co-star Saif Ali Khan on how to play it to perfection. 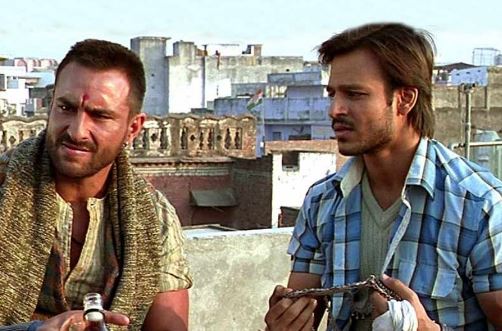 Vivek Anand Oberoi used to practice his bits while on sets and Saif used to be pointing out if there were any mistakes made on the notes played. Vivek took the challenge thrown at him by Vishal, and during the shot, he played the entire guitar himself. After the shot was canned, Vishal hugged Vivek for having pulled off the music to the perfect notes.

And as the movie completed 15 years, it’s a fond memory that the actors and the director cherish.

5 Things to do in UAE this weekend!