Produced by Aritra Das and Shailendra Kumar under the banner of Assorted Motion Pictures and SS1 Entertainment respectively, the film has been shot extensively in Kolkata. The film has music by Shailendra Sayanti and marks debut of Kumar Sanu’s son Jaan Kumar Sanu as playback singer. Two other tracks are rendered by Sayani Palit and Sarbani Mukherjee. Incidentally, the first look of the film was launched by Bollywood stalwart Amitabh Bachchan and then the film travelled across globe at various festivals and seminars.

Producer Aritra Das says, “I am overwhelmed because this will be our second release. It takes a lot to make a feature and then release it at the right platform. Though the time is gloomy and people are locked down at home, I feel that this film will bring smile to their faces.” Initially the producers had planned a grand premiere of the film in Mumbai and Kolkata, but keeping the safety and social distancing in mind due to corona pandemic, they decided to go digital with the entire promotion.

Celina Jaitly Haag, who is currently living with her husband and kids in Austria was overwhelmed with the news. She says, “I thank Zee5 and my director Ram Kamal for making this wonderful film. I trusted Ram Kamal and his way of story telling. This is a very special one for all of us, and I am sure Rituda (Rituparno Ghosh) will be happy with this homage. When we were filming this one, we would have never imagined that a mutant flu virus could sabotage the pre-release promotions. Life is unpredictable, but we have decided to continue to see the promise of spring in depth of winters and are sure our film will be exactly what you need to keep your spirits entertained in this global lockdown.”

Aparna Acharekar, Programming Head, ZEE5 India says, “We are extremely happy to have author turned filmmaker Ram Kamal Mukherjee’s Hindi feature film A Tribute to Rituparno Ghosh: Season’s Greetings premiering exclusively on ZEE5. We are happy to announce that Season’s Greetings will be a part of ZEE5 Short Film Festival, with 8 other distinctive films across genres that will be released on April 15th as well. Season’s Greetings deals with human emotions, interwoven with many contemporary social aspects which one needs to address and has powerful performances by Celina Jaitly Haag and Lillette Dubey.” 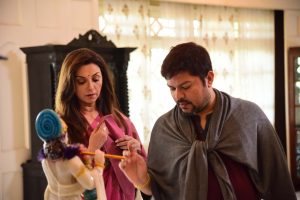 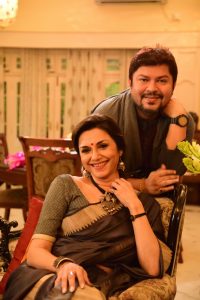 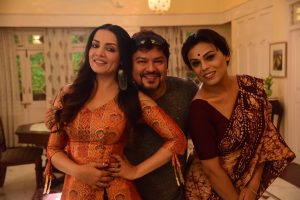 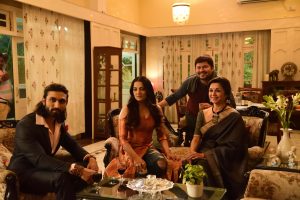 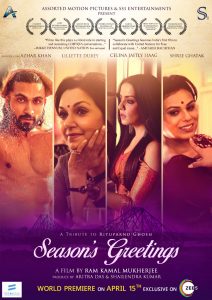